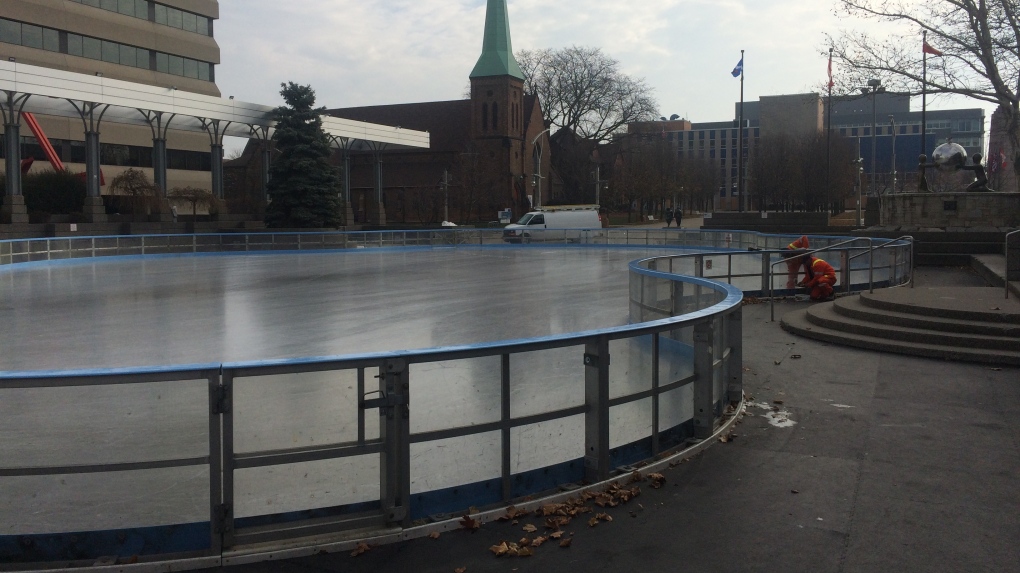 A study presented to the board cited the need for $1 million in “immediate repairs” to repair the surface of the rink to ensure it would be functional by winter.

Last spring, the city spent $15,000 to repair five leaks discovered during the winter months, estimating that there were still more to fix, costing about $3,000 per leak.

The council voted to decommission the rink and build a new one instead of spending the funds on other repairs. Since its installation in 1996, the rink has undergone repairs costing approximately $364,000.

Charles Clark Square will be retired as an outdoor rink and pleased to see Council approve the plan to build a new outdoor rink downtown. Part of our plan to get results for downtown Windsor!

Trustees recommended the city spend $300,000 on a consultant to design an all-new skating rink as part of the City Hall Plaza and Civic Plaza project, which councilors ultimately voted for in favor.

The report recommends that the proposed multipurpose element be designed to provide year-round gathering space, with sails or awnings to provide shade in the summer and the ability to extend the operating season of the rink by winter.

According to the report, the future vision for the Town Hall Plaza and Civic Plaza project includes an area for celebrations and public announcements, restrooms and concessions while also including historical elements.

The city has previously said it intends to increase programming options at Lanspeary’s outdoor rink while Charles Clark is decommissioned.


– With files from Michelle Maluske of CTV News Windsor

7 different types of loans you should be aware of