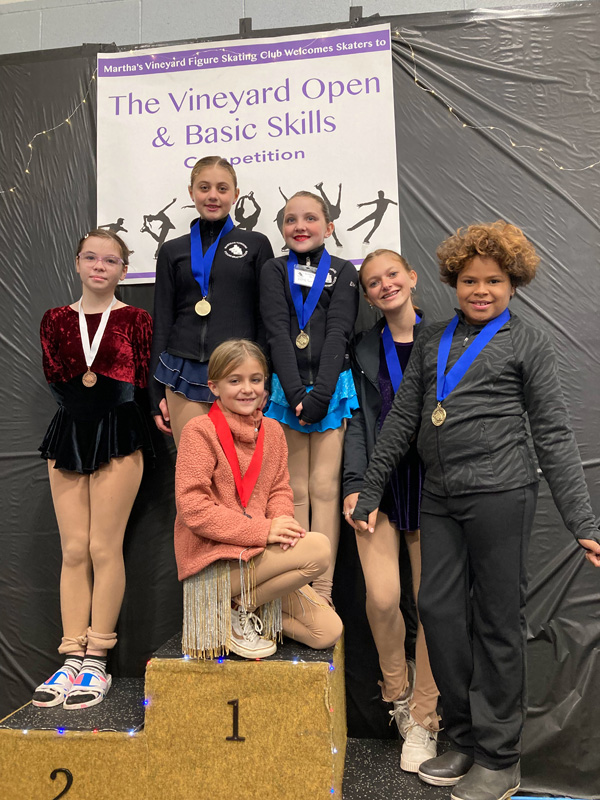 ” It was great. We haven’t done one since 2019. For a lot of our skaters it was their first competition,” Beth O’Connor, coach of Martha’s Vineyard Figure Skating Club, told The Times. “For a first competition, it was great to have him on his home ice.

The club’s upper level skaters did not participate, but volunteered to help with the smooth running of the day of competition. Here are the medalists from the vineyard and the categories in which they won medals:

Two skaters, Pennington and Pacheco, passed their skating tests over the weekend and advanced to the juvenile and intermediate levels respectively.

Skaters from the club’s freestyle and bridge program will perform a holiday demonstration on Sunday, December 18.