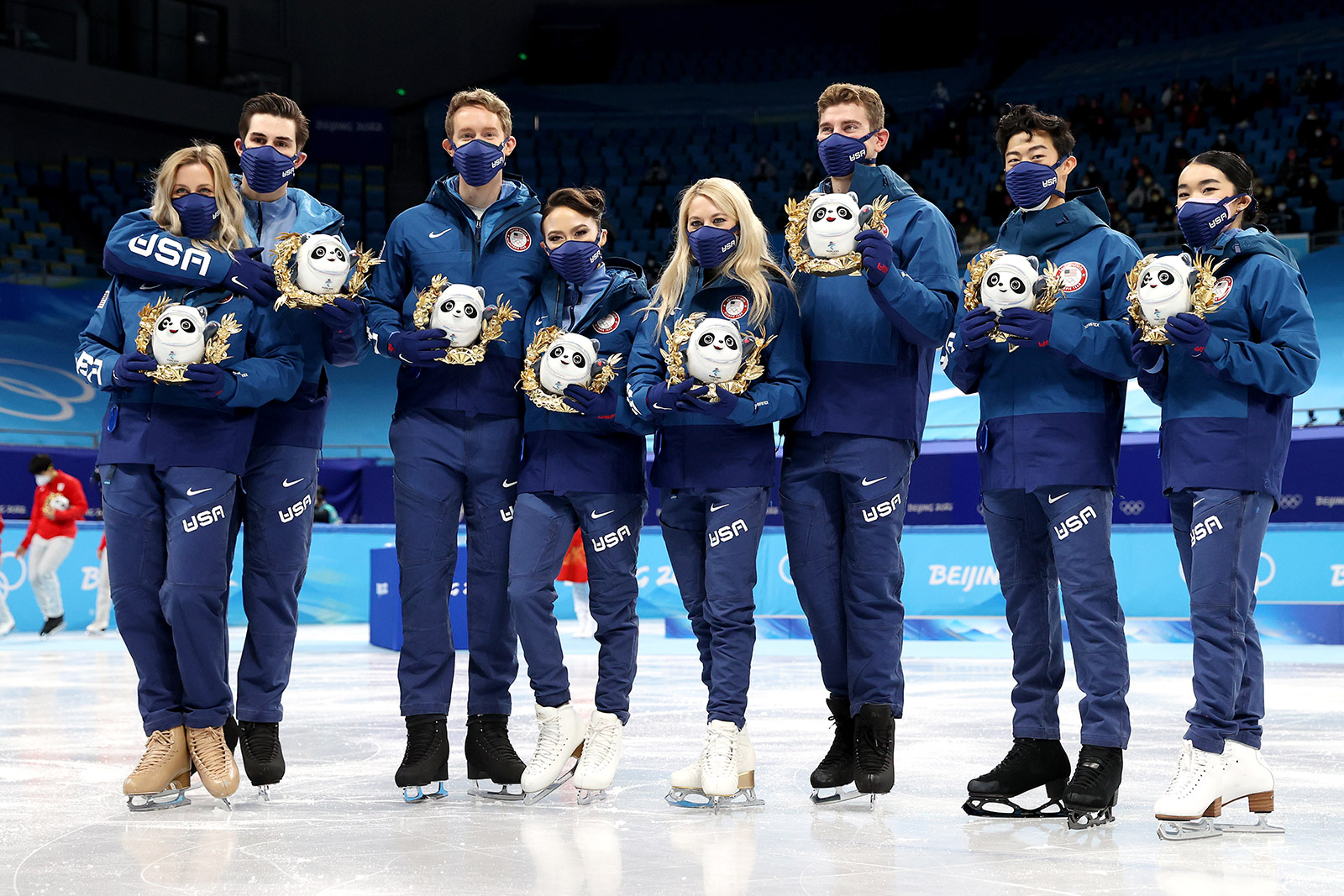 As Team USA Mikaela Shiffrin competing in the women’s alpine combined event today, she has a special pair of skis strapped to her boots — borrowed from Italy Sophie Goggia.

Goggia won silver in the women’s downhill on Tuesday after coming back from a knee injury suffered at the Cortina d’Ampezzo super-G in January.

Ski sharing: It’s not uncommon for skiers to switch skis – at the last Winter Olympics in Pyeongchang, Czech skier Ester Ledecká used Shiffrin’s skis to compete in the super-G event.

“As a racer, you go over your skis and use whatever you want, then maybe you switch to another pair and your skis go back into the pool,” Shiffrin told NBC Today.

“But it’s actually a bit different this time with Sophie (Goggia) because it’s a pair of skis that she currently trains and competes on. She didn’t need them because she wasn’t competing here, so I got to try them yesterday, and I got to ski on them today.

“She actually wrote a little message about them on a sticky note, I saw it at first and almost started crying because it was like, ‘You can fly on these skis,’ or whatever. something like that.”

Shiffrin praised Goggia and her “perfect team”, saying the Italian, a downhill gold medalist in Pyeongchang, has won races thanks to her incredible skill – as well as the expertly paired pair of skis maintained by soldiers.