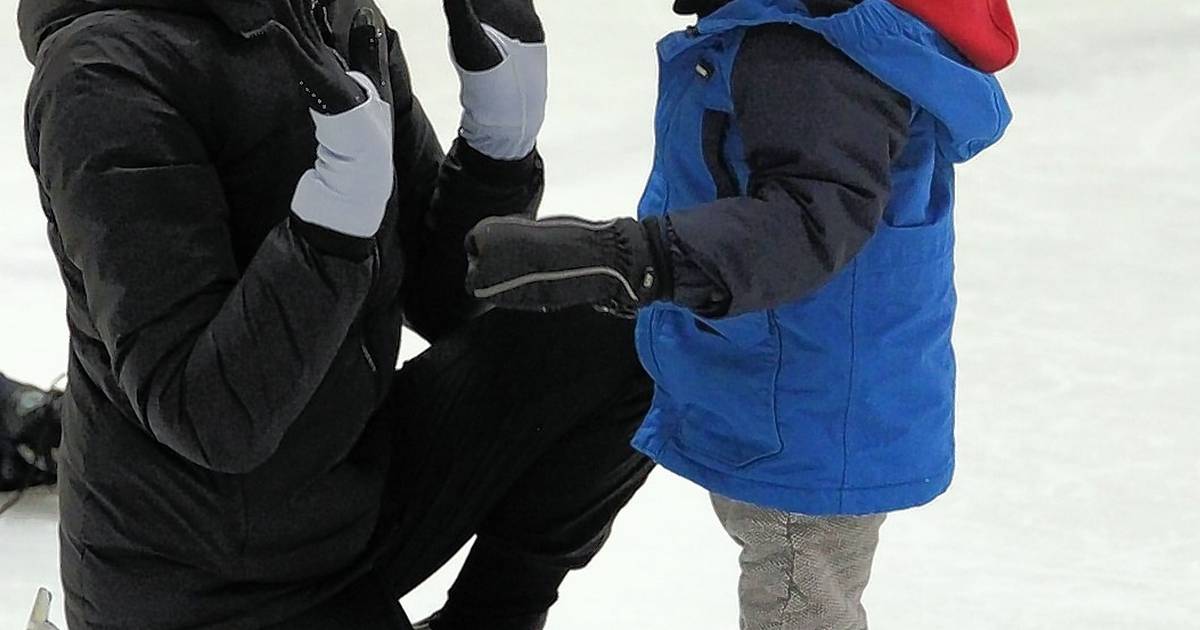 Isabelle Martins and Ryan Bedard have come a long way from skating as toddlers at Nelson Sports Complex in the Rolling Meadows Park District.

The duo have been selected to compete from April 13-17 at the 2022 International Skating Union World Junior Figure Skating Championships in Tallinn, Estonia.

But even as they prepare for international competition after the excitement of the 2022 Winter Olympics in Beijing, they continue to foster their roots in the Rolling Meadows Park District by teaching Nelson.

“Nelson Sports Complex is a great rink to start with,” said Martins, 15, of Barrington, who teaches early-level skating lessons for the district. “Growing up, I always felt really welcome and excited to skate here.”

A sophomore at Barrington High School, Martins herself first stepped on the ice at the age of one. His mother, Jennifer, is a skating coach in Nelson.

Now, Martins performs tricky jumps, spins and other maneuvers with Bedard — the two recently competed together at the 2022 Toyota U.S. Figure Skating Championship in Nashville, Tennessee, where they were selected for the World Junior Team.

Although Martins and Bedard paired up in 2015, they’ve known each other since they were kids. Jennifer Martins is close friends with Bedard’s mother, Mimi, who is also a skating coach in Nelson.

“Mimi and I grew up skating together in Rolling Meadows Park District,” Jennifer Martins said. “I was her bridesmaid and I’m Ryan’s godmother. We teach together. We work together.”

When the friends decided to see how their children would pair skate, it was only natural. Bedard, who competed in singles, already had experience in couples. Isabelle Martins was 9 at the time and had started landing axles and double sows. They train together five days a week in Geneva.

“There’s someone else on the ice,” Bedard, of McHenry, said. “The elements are really unique and different from ice dancing and singles. It’s more acrobatic.”

And having the right partner is a major key to success as a couple.

“It definitely makes a difference if you’ve been together for a while,” said Bedard, 21, who works one-on-one with skating students in Nelson. “These elements are much easier to do. You don’t even have to think about them. They just happen. Having that experience of skating together for years is a bonus.”

Although Bedard and Martins have Olympic dreams, they also want to continue teaching the sport. For Bedard, there is something “random” about sliding on ice with “metal blades on your shoes”, and he likes to share this liberating experience with others. He also wants to teach choreography.

At World Juniors, the duo will skate to Heavy Young Heathens’ “House of the Rising Sun” for their short program and “Caruso” by Lara Fabian for their long program.

Rolling Meadows Park district skating coordinator Leanne Walsh said the success of Bedard and Martins is a testament to where students in the district’s skating program can land. The park district offers courses from early and basic level to freeskating and specialized courses for more advanced skaters. Adult and teen lessons and freestyle ice time are also available.

“We are so proud of what Isabelle and Ryan have accomplished here at Rolling Meadows and beyond,” said Walsh. “The inviting atmosphere of our programs and our talented coaches help skaters develop the support and skills they need, whether they want to compete one day or simply enjoy this phenomenal sport for recreation.”