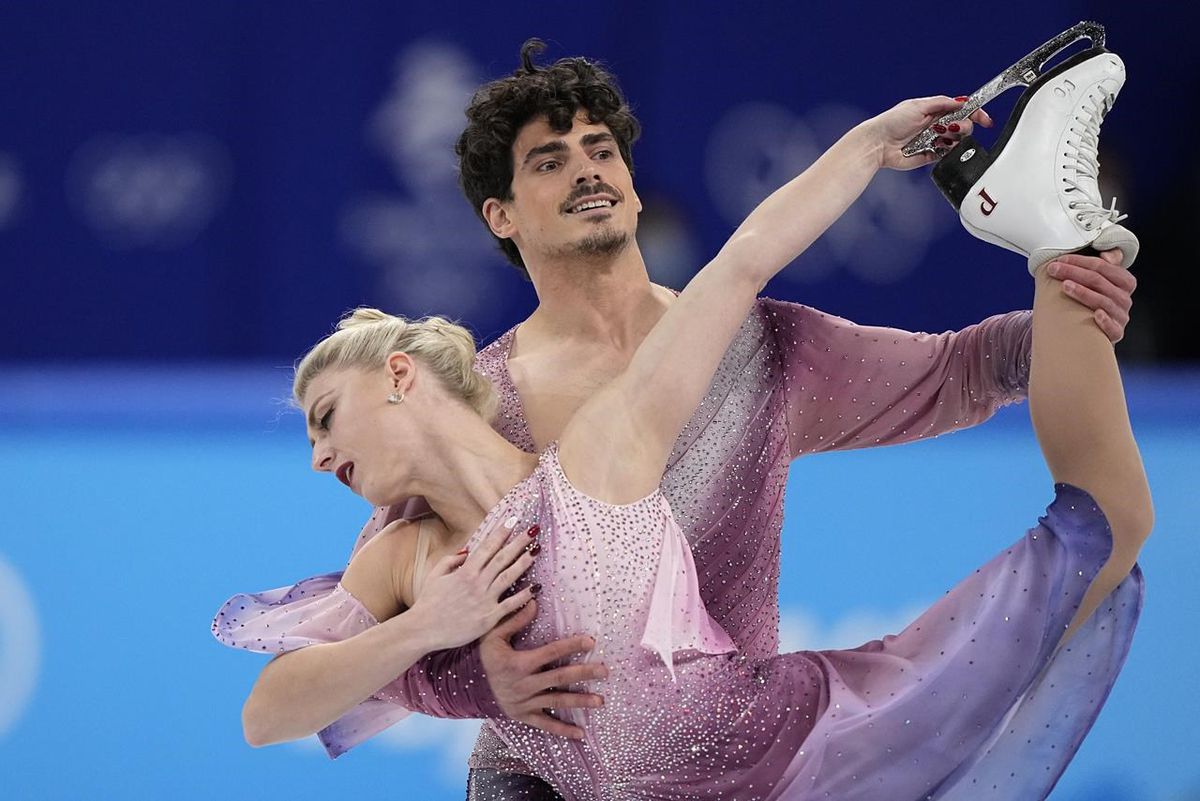 Some routes will end for Canadian figure skaters at world championships

Eric Radford says the answer will come to him in the rest days after the end of the season.

The World Figure Skating Championships this week in Montpellier, France, could see the curtain fall on several Canadian careers. Gilles and his ice dancing partner Paul Poirier, the reigning world bronze medalists, are undecided about their future.

Radford and partner Vanessa James came out of retirement to team up just a year ago. Leaving now after finding their groove could be bittersweet.

Gilles and Poirier were aiming for the Olympic podium in Beijing, but in their free dance to the Beatles anthem, a song they said reflected their own rocky journey, a missed lift left Gilles in a puddle of tears. They finished seventh.

“The long and winding road, this program led us precisely to the Olympic Games. We never really wanted it to be like the last thing, but we wanted it to be like the best performance of our life at the Olympics,” Gilles said. “Paul and I have always said that we love to skate, and if we feel we can create or contribute more, or if we feel more inspired, maybe we will continue.

“But Paul and I really need a break to decompress from a busy and stressful year and then see what keeps us going. We’ll see.”

Radford won two world titles with former partner Meagan Duhamel, then came out of retirement last spring to compete with Toronto-born James, who had previously competed for France. They were 12th in Beijing.

“It would be so exciting to explore what we are capable of…to be able to just work and really explore new programs and maybe different styles and then start where we are now, that would be so exciting and it would be really fulfilling. But as you can imagine, I’m 37, you must feel very, very motivated,” said Radford, who was Beijing’s oldest skater.

“The first thing we will need is a little vacation. And I think once we have time to let the dust settle and get away from skating, that will become apparent on its own,” he added. “We will miss it. And we’ll say, “Yeah, you know what? Let’s do another year,” or we’re gonna feel like, “Okay, we’ve had our fill. It’s been an amazing year, and we’ll take it for what it is and what it was. But I don’t think we’ll know until we have time to really feel it.

The World Championship field after the Olympics is generally thinner as some skaters prefer to close it after the Games.

This year’s event, which kicks off on Wednesday with short programs for women and pairs, is wide open with the Russian team banned due to the invasion of Ukraine and the absence of the Chinese team .

It’s been particularly glaring in the women’s singles since Russia’s Anna Shcherbakova, Anna Trusova and 15-year-old Kamila Valieva, who cracked in the free skate in Beijing amid a doping scandal, swept the medal podium.

“We’re certainly aware of that, and we’ve certainly thought about it and we know it’s a podium opportunity if we skate like we know we can,” Radford said. “It’s very exciting for us.

“[But] I think we want to add a little more combat [than in Beijing]. As every athlete says, we want to go out and be the best we can be. … If we went out and had a good skate and a really good time, and finished the season with a medal, it would just be a fantastic end to the season.

“It will be a strange world championship without the participation of certain countries,” said Poirier. “Personally, there has been a lot of visibility on the war in Ukraine and the refugee crisis that followed. And hopefully more light will be shed on other refugee crises around the world that don’t necessarily get as much attention.

“But as far as skating itself goes, it really hasn’t changed our perspective going into these championships. I think we really want to have too strong skates and redeem ourselves after the Olympics, which was a little disappointing for us.

Canadian Keegan Messing finished 11th in Beijing, landing a day before his short program after testing positive for COVID-19 in Vancouver.

The 30-year-old, who plans to play at least one more season, hopes to make his quadruple lutz debut in France. It was his original plan in Beijing before his Games were derailed. He hopes

“I would be lying if I said putting on the quad lutz was right for me. I really, really wanted to achieve 280 combined points this year,” said Messing, who scored 265.61 in Beijing – his best is 270.26 from his sixth-place finish at the world championships last year.

“I really hope I can skate a program with this quad lutz…and honestly, I would like to challenge for the podium. I know it’s a bit far for me. But maybe if I can dig a little deeper, maybe the extra jump might bring something out.

This report from The Canadian Press was first published on March 21, 2022.