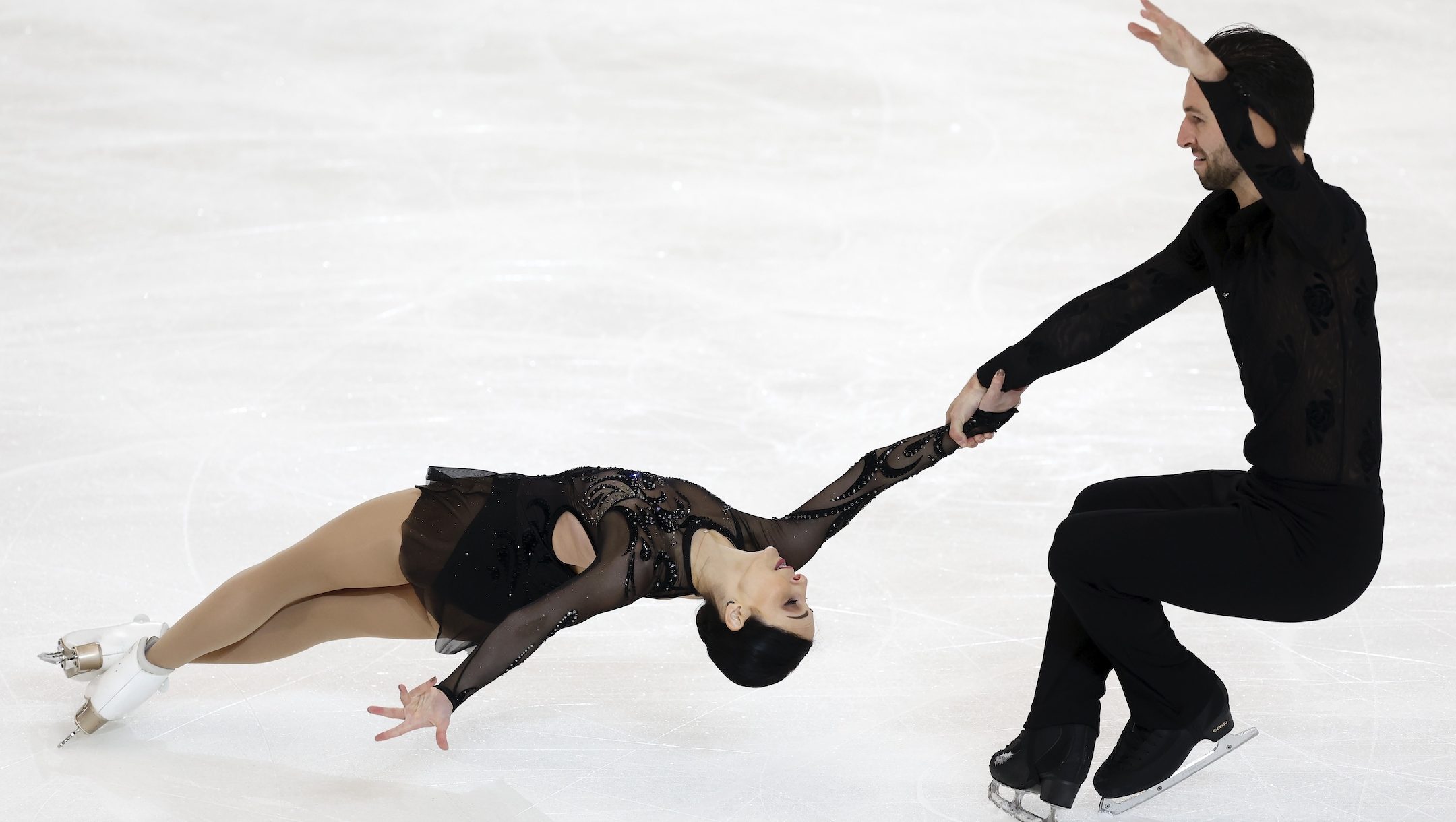 The Canadian figure skaters came away from their first stop at the ISU Grand Prix of the season with a silver medal and a pair of bronze medals.

To watch in figure skating, speed skating, curling and women’s hockey in 2022-23

At Skate America in Norwood, USA, Deanna Stellato-Dudek and Maxime Deschamps won a silver medal in the pairs competition. They were accompanied on the podium by their teammates Kelly Ann Laurin and Loucas Éthier who won bronze. Then Marie-Jade Lauriault and Romain le Gac added a bronze medal for Canada in the ice dance competition.

After the pairs short program, Stellato-Dudek and Deschamps were in second place with 73.05 points. They scored 124.85 points in their free skate to set an international personal best of 197.89 and win silver in their first ISU Grand Prix as a team. They finished within four points of winners Alexa Knierim and Brandon Frazier (201.39) of the United States.

“We are very happy with our first Grand Prix. Our goal is to go to each event and score a little bit more than our previous one and improve the levels,” commented Stellato-Dudek.

That result was also five points better than their score from last month when they won gold at the Nebelhorn Trophy ISU Challenger Series event. It was Stellato-Dudek’s first senior Grand Prix medal following her Grand Prix debut as a singles skater. Stellato-Dudek, who retired from singles skating at age 17 due to hip injuries, returned as a couple in 2016.

“We wanted to improve our score and also improve some of the levels from the previous event,” said Stellato-Dudek. “Right after Four Continents ended, we made a plan for the full six months until we competed again, and I think that’s the difference everyone is seeing.”

Laurin and Éthier, ISU Grand Prix debutants, were fourth after the short program with 52.59 points. An impressive free skate saw them post a personal best 104.34 and move up one spot. They won the bronze medal and an overall score of 156.94 points. In their free dance routine on “Carnival Row” and “In the End,” the Canadians landed a triple twist, side-to-side triple loop and throw triple loop.

“We’re super happy because we had no expectations here,” said Éthier. “We were motivated by our performance in the short program. We had an opportunity and we capitalized on it and showed our potential.”

In the ice dancing competition, Lauriault and the Gac also won a bronze medal. The Canadians were third with 72.12 points after Saturday’s rhythm dance. They then scored 106.18 in the free dance on Sunday to confirm their bronze medal with a total score of 178.30.

It was the first international medal for the married couple since deciding to skate for Canada on the international stage in June 2021.

Skate America in Norwood, USA is the first of six events in the ISU Grand Prix of Figure Skating series.

In a pinch? Here are the four loans you can get the fastest