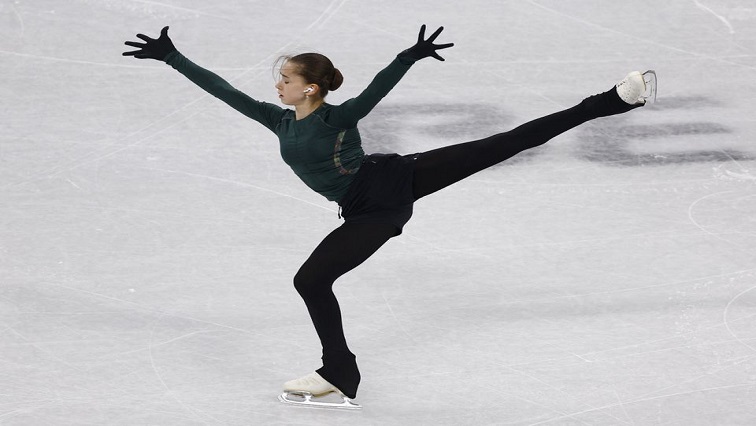 The Russians may not have their national flag at the Beijing Games, but they will send a stellar squad full of youth and experience for the team event that kicks off the figure skating competition on Friday. .

Although not one of the sport’s traditional four disciplines, team competition offers the first chance to see the best skaters in the world and perhaps the first of many medals that are expected to be won by ROC athletes. Russian Olympic).

All three teenagers are expected to take the podium when they compete in the women’s singles event.

“I’m glad I don’t have to face them,” American gold medalist and three-time world champion Nathan Chen said of the three Russians, who are all expected to include the quadruple jump in their routine.

“They do spectacular things.”

The official starting list has not yet been announced.

The team event made its debut in Sochi in 2014, when Russia won gold. Points are awarded based on finishing positions in the four traditional categories – men’s and women’s singles, pairs and ice dance – and go toward a team overall total.

Stripped of their national flag due to anti-doping sanctions, the Russians competing under the ROC flag won silver in Pyeongchang in 2018 while Canada won gold and the United States won bronze.

Canada is facing problems in Beijing, however, with national champion Keegan Messing not yet cleared to travel to Beijing pending COVID-19 test results.

Elsewhere, the Germany team were struck by the news of a second positive COVID-19 test for pair skater Nolan Seegert, who is self-isolating and has been ruled out of team competition with partner Minerva Fabienne Hase.

“Of course it was a shock for me too,” Hase told reporters after his solo training session on Thursday. “We were careful. I’m struggling a bit right now. I will try to get back on track in the next few days.

Japan have a good chance of a podium finish this year, especially with a deep roster of top men, although the participation of two-time Olympic champion Yuzuru Hanyu remains uncertain given his manifest no-show in Beijing so far.

“Last time (in 2018), everyone knew it would be difficult for Japan to make the top three,” said Shoma Uno, who won men’s silver in Pyeongchang.

For Czech siblings Michal Brezina and Eliska Brezinova, just being able to compete for their country is a dream come true.

“It’s amazing that we entered the team event for the first time and qualified in all categories,” Brezinova told Reuters this week.