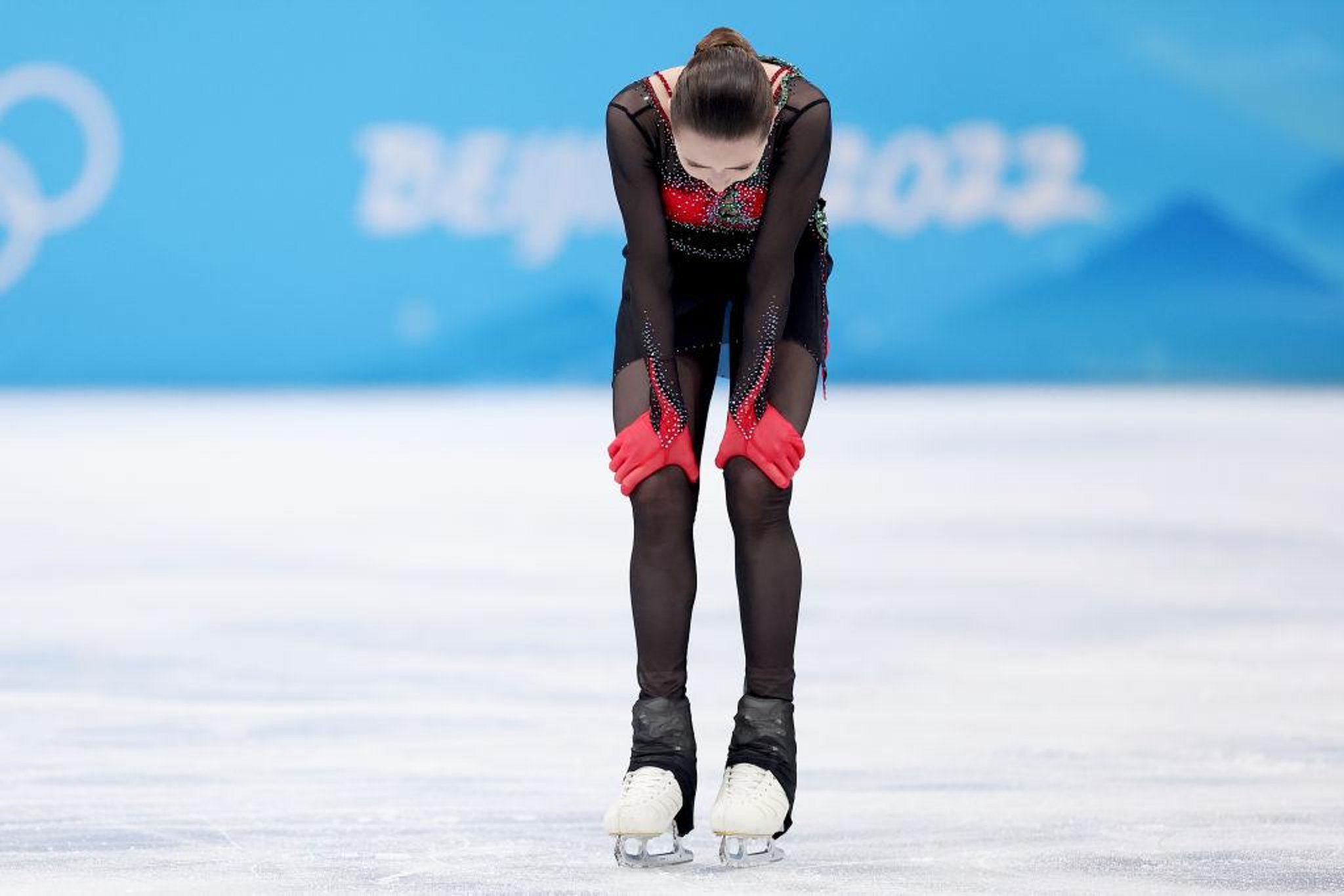 The teenage figure skating prodigy, alongside Winter Olympics gold and silver medalists Anna Shcherbakova and Alexandra Trusova and the rest of the Russian team, looks set to be kicked out of the World Championships. world, which will take place in Montpellier, France, from March 21, after the ISU said the ban would take place “until further notice” due to Russian attacks on Ukraine.

Officials – including judges and technical specialists – from both countries are also to be banned from ISU competitions.

Register to our Daily newsletter

The newsletter mute the noise

An investigation into a December test that found a banned substance in Ms Valieva’s sample rocked the Beijing Winter Olympics and is still ongoing. Ms Valieva, who was in first place after the women’s short program, slipped to fourth following a disastrous performance in the free skate following reports of doping allegations. As a minor, it was decided that Ms. Valieva could continue to participate in the competition. However, the medals from the team competition, in which Russia won gold, are still pending, due to Ms Valieva’s participation.

Kamila Valieva is part of a team of 18 Russian skaters who were to compete in the World Figure Skating Championships.

In a statement released early this morning, the ISU said it had assessed a statement issued yesterday by the International Olympic Committee, as well as appeals received from ISU members.

“The same applies to officials listed in respective ISU communications and/or regulations under Russia and Belarus.”

The ISU said it would also assess possibilities for “rapid humanitarian assistance” to its Ukrainian ISU members.

A group of 18 Russian skaters were to participate in the world championships. In the ice dancing competition, where Scottish skater Lewis Gibson and his partner Lilah Fear will compete for a place in the top ten, two Russian couples were likely to be in contention for a place on the podium. Meanwhile, Russian skaters also rank first and second in the world in the pairs discipline.

In a statement released yesterday, the OIC said: “The Executive Board (EB) of the International Olympic Committee today again discussed the dilemma currently facing the Olympic Movement following the breaking of the Olympic truce by the Russian government. and the government of Belarus thanks to its support in this.

“In order to protect the integrity of global sports competitions and for the safety of all participants, the IOC EB recommends that international sports federations and sports event organizers not invite or allow the participation of athletes and Russian and Belarusian officials at international competitions.”

A message from the editor:

Thank you for reading this article. We are counting on your support more than ever, as the change in consumption habits caused by the coronavirus has an impact on our advertisers.

If you haven’t already, consider supporting our trusted and verified journalism by signing up for a digital subscription.