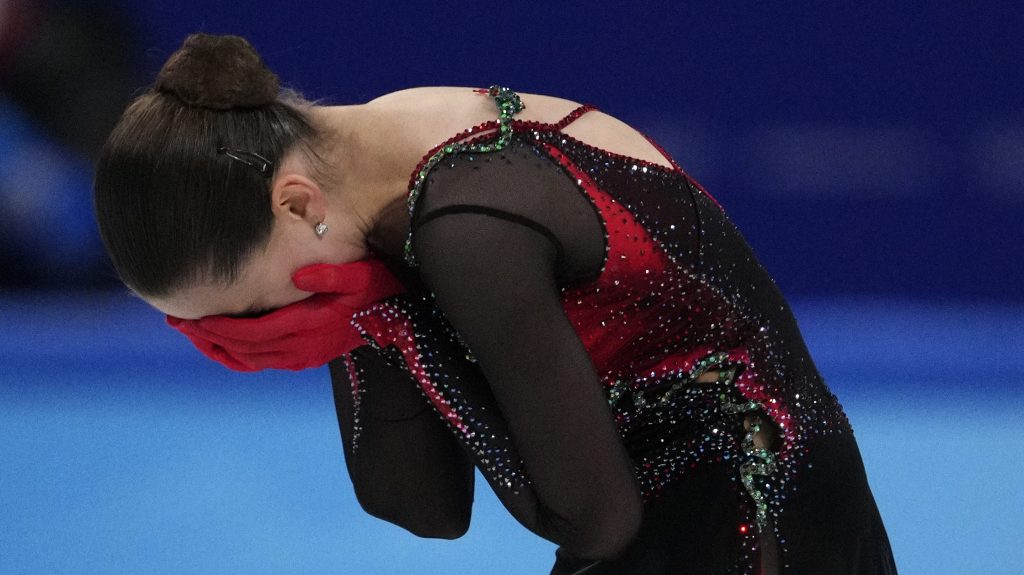 The international union that governs skating said on Tuesday it was following International Olympic Committee recommendations in banning athletes from Russia and Belarus from competing in its competitions in the sports of figure skating and speed skating. It becomes the latest sports organization to take action since Russia began its military invasion of Ukraine.

The IOC on Monday took the unprecedented step of calling on sports organizations around the world to ban the two nations from competing, urging global sports federations to “protect the integrity of competitions for the safety of all participants” by excluding athletes and competition officials. two nations.

Belarus is an ally of Russia and allowed Russian troops to cross its southern border into Ukraine when the invasion began last week.

Russia had already been banned from international sports competitions until the end of this year for doping. These sanctions have prevented them from competing as a country in the past three Olympics, including the recent Winter Olympics in Beijing where its figure skating athletes were at the center of another drug scandal.

The Board of the International Skating Union said in its statement today that “with immediate effect and until further notice, no skaters belonging to ISU members in Russia (Russian Skating Union and Figure Skating Federation of Russia) and Belarus (Belarusian Skating Union) shall not be invited or permitted to participate in international ice skating competitions, including ISU Championships and other ISU events. The same applies to officials listed in respective ISU communications and/or regulations under Russia and Belarus.”

The ban means Russian and Belarusian skaters will not be able to compete in the ISU World Junior and World Figure Skating Championships later this month in Bulgaria and France, respectively.

Russia and Belarus have already been barred from the Davis Cup and BJK Cup women’s tennis tournaments this week, with individual players allowed to compete but without country affiliation, a designation that mirrors the Olympics referring to the Russian athletes competing for the Russian Olympic Committee (ROC) rather than Russia due to the doping ban. Football governing bodies FIFA and EUFA also banned Russia from World Cup qualifiers this week, ending the country’s chances of taking part in the tournament.

The ISU was at the center of the biggest controversy at the just-concluded Beijing Olympics, where 15-year-old Russian Kamila Valieva was widely expected to win gold in the women’s skating competition artistic, with the 2021 Russian world champion Anna Shcherbakova and Alexandra. Trusova favorites to complete a podium sweep.

But news broke in the early days of the Games that Valieva had tested positive for a banned substance at a previous event in December, tarnishing her performance in the team competition where Russia won gold. The Court of Arbitration for Sport ruled that Valieva could continue to compete, stunning longtime followers of the sport, but there would be no ceremony if she won a medal. She ended up faltering in the free skate and finished fourth; Shcherbakova and Trusova won gold and silver respectively, while Japan’s Kaori Sakamoto won bronze.

Shcherbakova, Trusova and Valieva were scheduled to compete in the ISU World Championships, scheduled for March 21-27 in Montpillier, France.