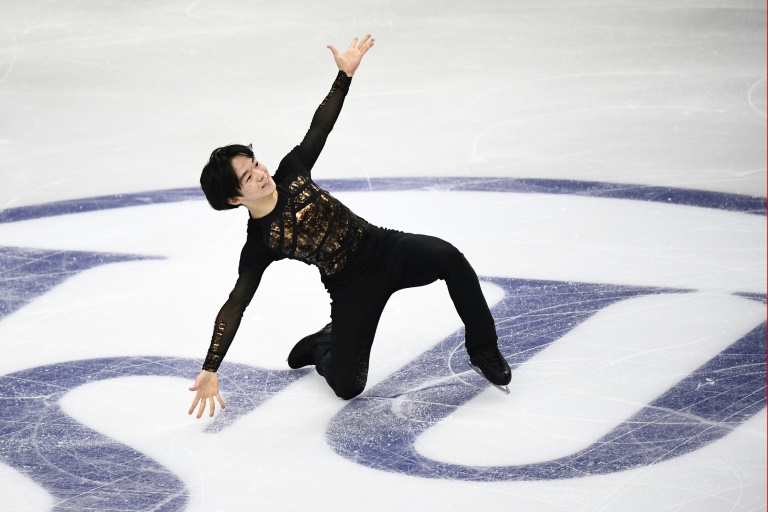 Yuma Kagiyama of Japan, skating on “Gladiator”, jumped from seventh place overnight to win the Turin Grand Prix on Saturday.

Mikhail Kolyada of Russia took second from fourth place while Daniel Grassl wowed the home crowd with bronze, his first medal at this level.

Kagiyama, the 2021 world silver medalist, was in a modest seventh place after a faulty short program, but fought back in style on Saturday.

“Of course, I just found out that I finished in first place, so I’m very surprised,” Kagiyama, 18, told isu.org.

“Coming into the long program I didn’t even think about getting on the podium or getting a good score, I just intended to do my best.

After the short program I couldn’t change my mindset and even this morning I felt bad in training. I didn’t know what to do with the situation. “

World champion Anna Shcherbakova of Russia took the victory in the women with a new personal best in the free skate.

Hendrickx, who led the short program on Friday, becomes the first Belgian woman to win a medal in a figure skating grand prix.

“My main goal for this competition was to show that my quad is back and I have achieved that goal,” said the 17-year-old.

Papadakis and Cizeron impressed the judges with their elegant interpretation of “Elegie” by Faure.

China’s Sui Wenjing and Han Cong won the gold as a couple ahead of teammates Peng Cheng and Jin Yang, while Russians Iuliia Artemeva and Mikhail Nazarychev settled for bronze.

Two-time world champions Sui and Han skated on “Bridge Over Troubled Water” and collected 144.48 points for the free skate with a total of 224.55 points in total.