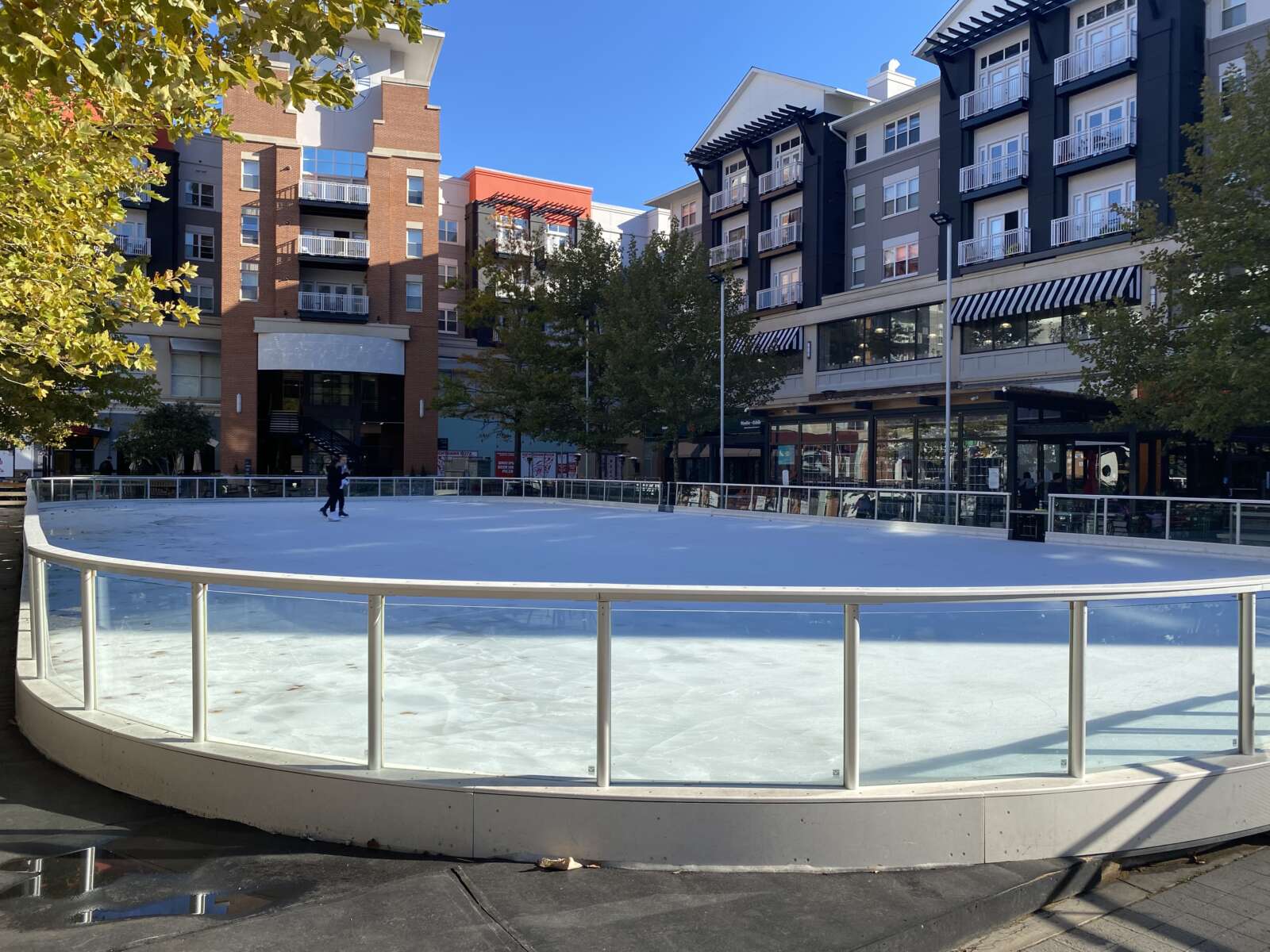 Pentagon Row ice rink is open for the season, a week earlier than last year

Starting the season a week earlier than last year, the skating rink of nearly 7,000 square feet located in the plaza at 1201 S. Joyce Street in Pentagon City, it is said to be “the largest outdoor rink in Northern Virginia” and the second largest in the state.

The rink will be open until mid-March, offering approximately four and a half months of skating time. There have been a few changes at the rink from last year when the capacity and mask restrictions were a bit tighter.

Masks are now optional while skating, an employee told ARLnow, unlike what was required last year, but they will still disinfect high-sensitivity areas, including skates and rails around the rink.

The capacity goes from the 50% mark in 2020 to full capacity. This means that the number of skaters allowed on the ice at any given time is doubling from 75 last year to 150. Social distancing is always requested on the ice, while waiting to get on the ice and on the ice. the rental facility, however.

There’s also a price change, with admission prices going up by a dollar from last season. It now costs $ 11 for ages 13 and up. For those under 13 and the elderly, admission is $ 10. Skate rental is $ 5.

Group and party rates are again offered as well as private skating lessons. Reservations for skating can always be done online.

Despite the name change of the S. Joyce Street shopping center at the end of last year to “Westpost”, the rink remains called “Pentagon Row Outdoor Ice Skating Rink”. However, that could change in the coming months, writes an ice rink manager in an email to ARLnow.

In 2013, the rink underwent a renovation that increased the size by 50% and added a double-sided stone outdoor fire pit to the side of the rink for those not on the ice.

The ice rink is open every day of the week, including public holidays: