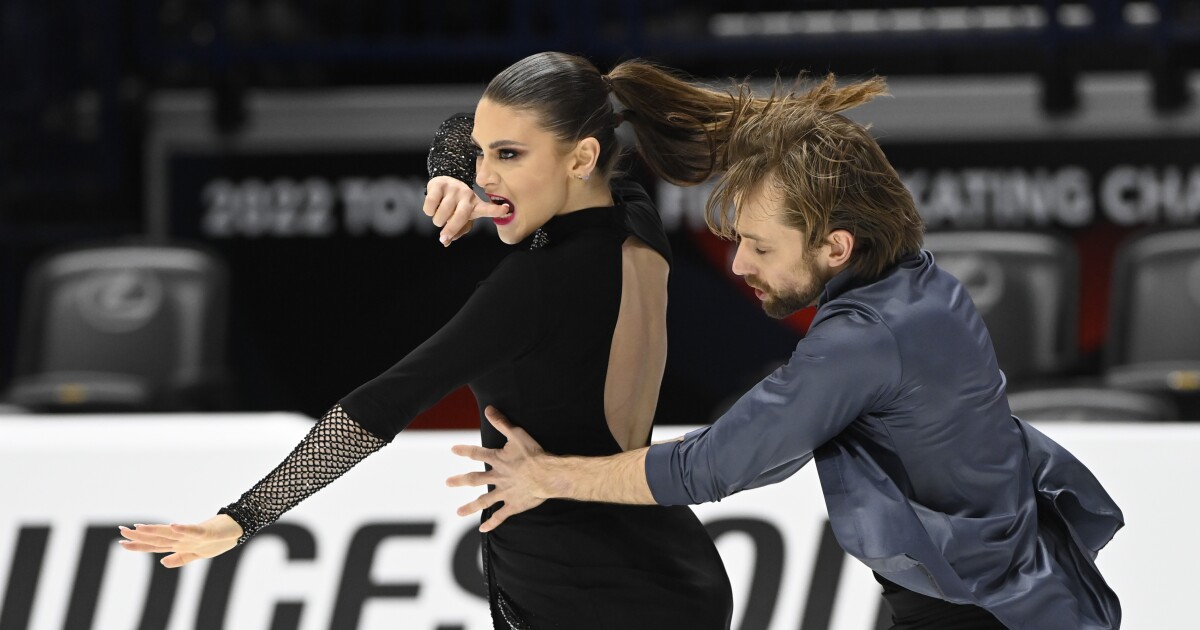 KANSAS CITY, Mo. – Kaitlin Hawayek spent last summer coping with a concussion she suffered in practice, unsure when she could join ice dance partner Jean-Luc Baker again. on the ice to prepare for the Beijing Olympics.

Ashley Cain-Gribble spent time in hospital with COVID-19, an illness that left her with long-term asthma.

These are just two of the figure skaters from the USA contingent heading to the Winter Games next month who have had to overcome obstacles – mainly illness and injury – to compete in the most important competition of their lives.

There’s three-time world champion Nathan Chen, one of the favorites to win gold, who has a history of hip injuries and suffers from groin pain. And two-time U.S. champion Alysa Liu and pair skater Alexa Knierim’s partner Brandon Frazier, who both tested positive for COVID-19 earlier this month and had to withdraw from national championships.

“To be transparent,” Hawayek said, “I didn’t know what the evolution of the injury would look like as we entered the Olympic season. There were a lot of doubts about whether we would be able to return to a place ready for competition.”

Indeed, of all the injuries and illnesses, the concussion suffered by Hawayek was perhaps the most severe.

On a hot early summer day in June, Hawayek and Baker were working on a new lift that they had done several times before with no problems. But they pushed him to the limit, lost his balance and Hawayek fractured his head on the ice.

She was taken to hospital for stitches and diagnosed with a severe concussion.

Hawayek began working with Sarah El Queisi, a physical therapist who specializes in these injuries, and together they put together a plan to return to work. Hawayek was completely off the ice for 10 days, then began with light workouts in which she closely monitored her heart rate. Over time, Hawayek was able to add practice time in 15-minute increments, although she and Baker still had to withdraw from the US Classic and their NHK Trophy Grand Prix assignment.

They eventually made their season debut at the Rostelecom Cup in Russia, finishing fifth, then won a lower-tier event in Croatia. This gave them momentum heading into the nationals, where a third-place finish earned them their first Olympic berth.

“The thing is, it’s not necessarily the injury that I had. We both had so many obstacles, injuries, health issues,” Hawayek said. “What I learned is that we can lean on each other without relying on each other. We trust ourselves to know what we need. We really learned how to communicate for us ourselves in the best way, to communicate what we need and how other people can be there to support us. I think we were able to bond even more.

Cain-Gribble and his pairs partner, Timothy DeLuc, also said they grew closer after his battle with COVID-19 last year. She was hospitalized for a short time but eventually tested negative and was allowed to resume practice.

Cain-Gribble thought that was the end of it, but then she struggled to keep up with their schedule at the Fall Classic.

“I was having trouble breathing. I thought it was just me being out of shape,” she said. “When we got back I went to see a pulmonologist and found out I had asthma. I’m healthy and young and thought I could recover quickly but I didn’t. for me. But luckily I was able to get some help so I could be here.”

This help included a series of steroid injections to treat the inflammation and an inhaler she uses twice a day.

Liu didn’t have much of the same problem after testing positive for COVID-19. It happened after her short program at the nationals, and she was forced to quarantine in her hotel room until her test came back negative. But she went wild when she spoke over Zoom a few days later when the selection committee picked her to compete in Beijing.

Frazier was also feeling better by then, although his positive test before the start of the Nationals threw him for a loop. The pair skater wrote in a social media post that he felt terrible after contracting the coronavirus.

The worst thing for him, however, was not being able to celebrate making the Olympic team with his partner.