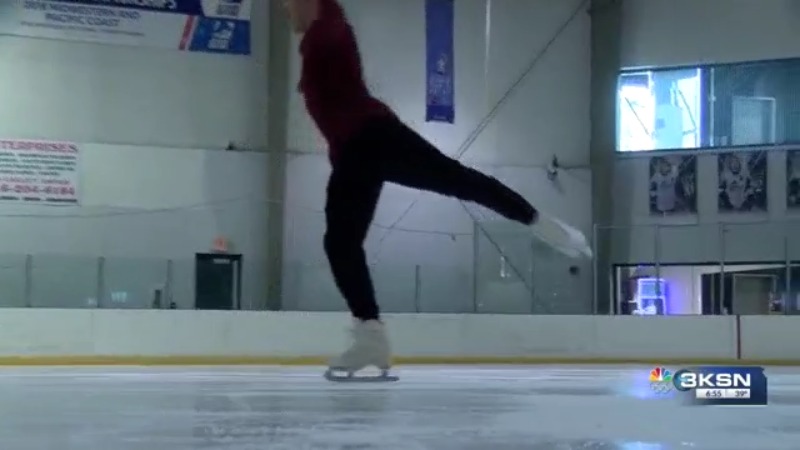 WICHITA, Kan. (KSNW) – Watching the Olympics motivates more people to want to look like the professionals they see on TV. At the Wichita Ice Center, Learn to Skate nights have seen their classes nearly double, welcoming around 120 students. Staff said many students mention that the Olympics sparked their interest.

That’s how it all started with an ice skater from Kansas.

“I actually started skating during the Salt Lake City Olympics in 2002,” said Stephen Kucera. “Growing up and watching skateboarders like Todd Eldredge and Timothy Goebel grow up, you could see a little bit, I could see myself a little bit in that and I found it was a way to get out there and express myself and to feel the music.”

Valieva skates in first place after the Olympic short program

“I always say music and art is a way of looking at things too big to describe,” he said. “I started skating when I was eight years old.”

Throughout his career he witnessed figure skaters Jason Brown and Nathan Chen.

“For Nathan Chen, our paths crossed when I was 12, and he was seven, and he was at a meet in Colorado,” Kucera said. “At that point, he was already picking up all of his doubles.”

He said it was inspiring to watch Chen’s career take off and be among the hottest athletes at these Winter Games.

“There weren’t a ton of boy skaters and man skaters when I was young,” Kucera said. “When you see yourself represented in sport, and not just represented, but represented prominently, that naturally makes people want to join the party.”

He said it’s encouraging to see the number of people coming to the Wichita Ice Center increase as they hope to find their passion.

Kucera hopes this will also encourage coaches and other resources to come to the area to help Kansas push the passion even further.

The next classes at the Wichita Ice Center will be on March 1. Click here to find out more.

Why do figure skaters jump with their arms above their heads?

Ice skating movies that go for the gold