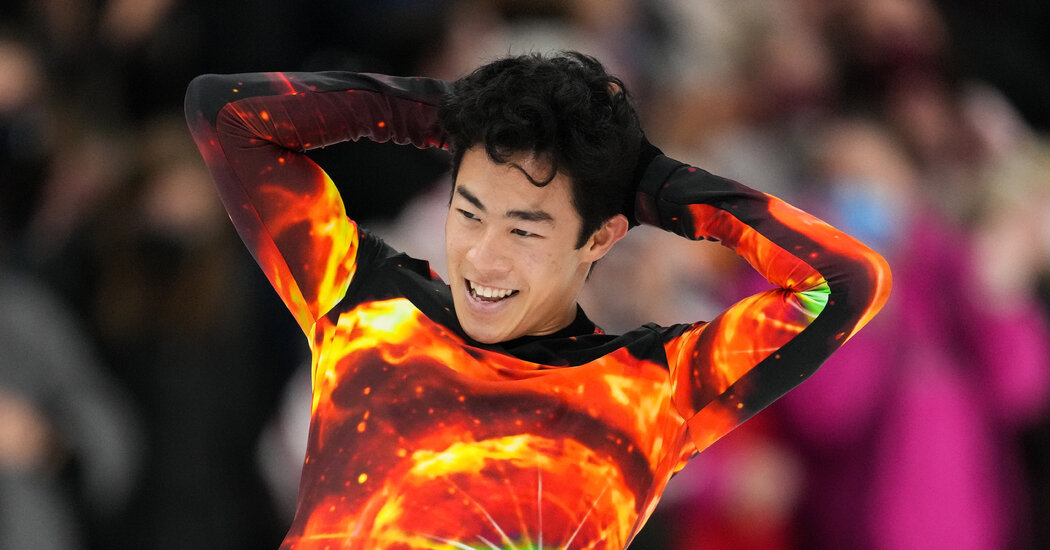 Olympic figure skating kicked off Friday morning in Beijing with the team event, in which men’s and women’s singles skaters, pairs and ice dancers compete and combine their scores for their countries.

Once this event is over on Monday, the flagship events begin. Here are the favorite skaters to watch in singles, pairs and ice dance competitions:

Nathan Chen of the United States and Yuzuru Hanyu of Japan were the favorites at the 2018 Olympics in Pyeongchang, South Korea. But Chen appeared overwhelmed by the moment in the short program of the individual competition, finishing a distant 17th. He recovered to win the long program but was only able to climb to fifth place overall, while Hanyu won his second individual gold medal.

In the years that followed, Chen became a three-time world champion and the first to land five types of quadruple jumps on a long unbeaten streak. But nerves seemed to strike again last fall when he stumbled in the short program at Skate America, an international Grand Prix event, and finished third overall. He won the United States Championships last month but fell twice in the free skate.

He may have to skate cleanly to defeat Hanyu, a sleeker skater who is looking to become the second man, and the first in nearly a century, to win three consecutive gold medals. Hanyu is expected to attempt a quadruple axel, the toughest jump in the sport, and could become the first person to land one in competition. Chen has beaten Hanyu in their last three head-to-head encounters.

Long known for its kitsch vibe, ice dancing has been taken in a more ethereal and lyrical direction by French couple Gabriella Papadakis and Guillaume Cizeron, who are four-time world champions. Papadakis suffered an unfortunate wardrobe malfunction during the short program at the 2018 Olympics and the pair finished less than a point behind eventual champions Tessa Virtue and Scott Moir of Canada for the gold medal.

This season, Papadakis and Cizeron have taken acute measures to avoid the coronavirus pandemic, including skipping the European Championships last month in Estonia. But, if they are at their best in Beijing, the French pair are perhaps the most engaging of all skaters across all disciplines with a style described as “music floating on ice”.

If there is any apparent lock for a gold medal in skating at the Beijing Olympics, it is 15-year-old Kamila Valieva of Russia, who became European champion and world record holder in points accumulated in a competition during his first year on the senior skating circuit. She develops maturity and ease in her skating as she seems to nonchalantly land on triple axes and quadruple jumps, often holding her arms above her head to add difficulty to her routines and to straighten her body. , which makes his position in the air more consistent.

The Russian teenagers are favorites to sweep the medal podium, with Valieva’s sparring partners Anna Shcherbakova, the reigning world champion, and Alexandra Trusova expected to battle for silver and bronze. All three are coached by Eteri Tutberidze, who built the equivalent of a skating factory in Moscow. Another skater coached by Tutberidze, Alina Zagitova, won gold in 2018.

Russia is looking to win the women’s competition for a third straight Olympics. Adelina Sotnikova won the women’s title in 2014.

Perhaps the most anticipated event for China at the Beijing Games is the pairs competition, which has been moved to the final days of the Olympics to give it high-profile exposure. Chinese pair Sui Wenjing and Han Cong led the 2018 Games after the short program before slipping into the free skate and winning the silver medal.

To win, they will have to outclass three Russian duos, including reigning world champions Anastasia Mishina and Aleksandr Galliamov, regular and assured. They are being mentored by the world’s most renowned pairs coach, Tamara Moskvina, who, at 80, is looking to lead a fifth pair to a gold medal since her first Olympic title as a coach in 1984.

A win by any of the three Russian pairs would give Soviet/Russian skaters gold medals in the event at 14 of the 16 Winter Olympics held since 1964.