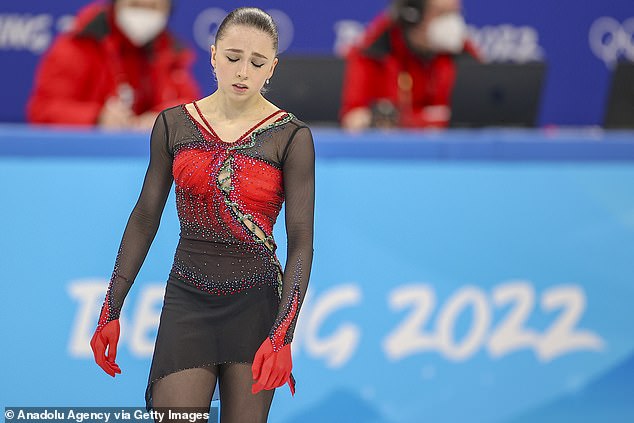 OLIVER HOLT: Olympic ice skating was child abuse. It was like the death of the better future of the Games

In the decades that have passed since Ben Johnson’s defrocking in Seoul in 1988, no other episode has damaged the credibility and image of the Olympic movement as much as the sad and terrible epic of the fall of the figure skating icon Kamila Valieva at the Beijing Winter Games.

The Olympics are supposed to uplift and inspire us with their stories of extraordinary athletes doing extraordinary things, but Valieva’s episode was the opposite of that.

Women’s individual figure skating was the most publicized event of these Olympics and it made its audience sick. It made us watch the Olympics and feel nothing but disgust and grief for what they represent in 2022.

The longer these Games lasted, the more they underscored what we already knew: that the Olympics have become a movement that is in the grip of the power elites, a movement that will sacrifice anyone and everything, even a child of 15 years old. – in his quest for wealth and influence and his obedience to dictators. This unfortunately fits with his appeasement of China over the treatment of tennis player Peng Shuai.

Valieva’s final doomed routine in the free skating element of the women’s individual event at Beijing’s Capital Indoor Stadium on Thursday was one of the most uncomfortable sporting spectacles I’ve seen.

It looked like a scene from an exploitation movie. It made some people watching it cry. It was embarrassing for the very idea of ​​sport.

It was a form of child abuse that played out in front of hundreds of millions of viewers because of an epic failure of the courage of the International Olympic Committee (IOC), the ineffectiveness of the drug testers who presided to unacceptable delays in returning test results. and the weakness of the Court of Arbitration for Sport (CAS). It was also another kick in the teeth for clean athletes. 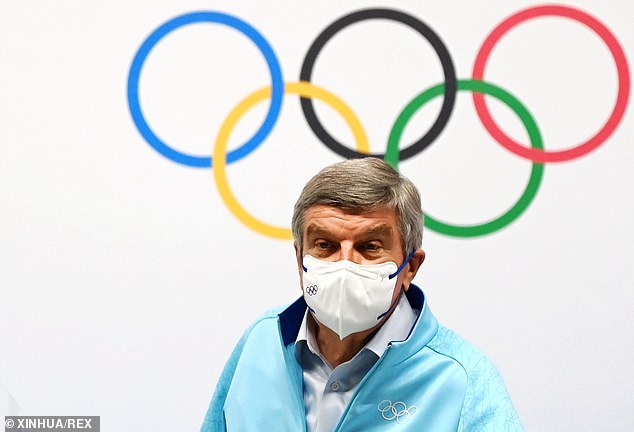 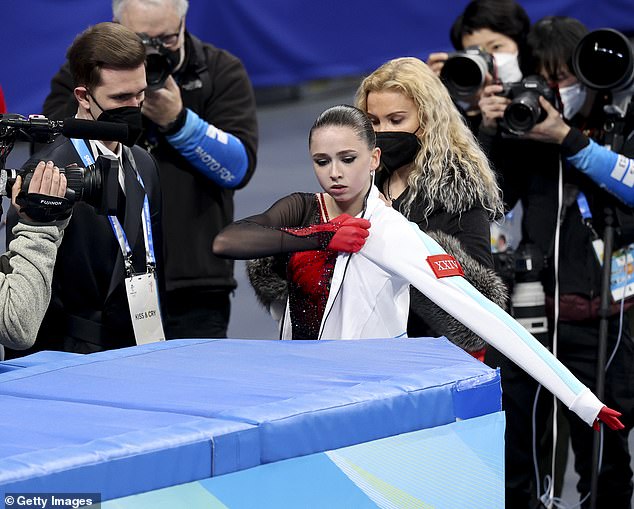 Valieva was reprimanded by her coaches after her display, causing them to fall into command

It’s a whole Olympic system that’s broken. A system that lets down its athletes, its associations and its viewers. “She was thrown out in front of the world to be eaten,” former Olympic champion Katarina Witt said in tears, after Valieva fell twice and lost the medals.

Valieva was reprimanded by her coach when she came off the ice. “The whole world was watching and she broke,” Witt said.

There will, of course, be further calls for Valieva to be banned for some time after it emerged that she failed a drug test taken at the Russian Figure Skating Championships in St. Petersburg on December 25. There is a harsh legitimacy to these calls. But she shouldn’t be at the front of the queue for punishment. It should, in fact, be closer to the back.

Because this tragedy was played out on two levels. On the first level, it is the betrayal of an individual, a child, a 15-year-old teenager who had been pumped with heart medication to improve his performance.

Only one of them was on the forbidden list, but why was there one in his body? The adults responsible for administering them to him must be banished. And then they should be imprisoned. 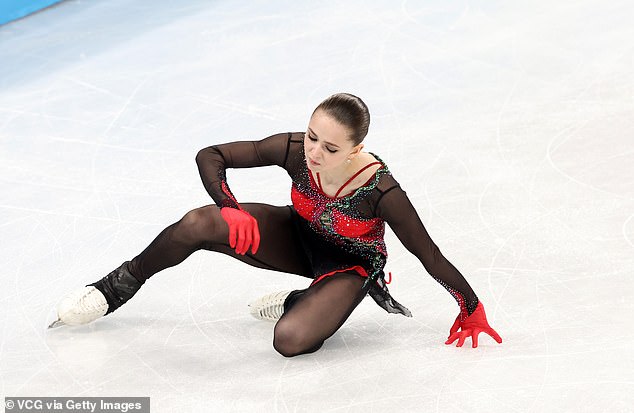 The manipulation of children at the Olympics – supposedly for our entertainment – must stop. If that means raising the minimum age at which athletes are allowed to compete to 17 or 18, so be it. Valieva was known as Miss Perfect because she was so bright, but everyone seemed to forget that she was human.

On another level, what happened to Valieva in Beijing was evidence of a systemic failure of the Olympic movement, a movement that desperately needed fundamental reform.

The greatest responsibility for this lies with the IOC President, Thomas Bach. All of this, the whole preamble of the miserable events that happened, happened under his watch. The episode of Valieva was only the chronicle of an announced death.

It wasn’t the death of innocence because innocence at the Olympics was lost a long, long time ago. But it felt like the death of hope for a better future at the Games.

At its heart is the Russian state-sponsored doping program that was uncovered after the 2014 Winter Games in Sochi and the IOC’s continued failure to deal with its fallout.

Once the punishment was rigged – with CAS approval – and Russian athletes were allowed to compete under the laughable vanity that they were not competing for their country but for the Russian Olympic Committee (ROC), any credibility was lost. 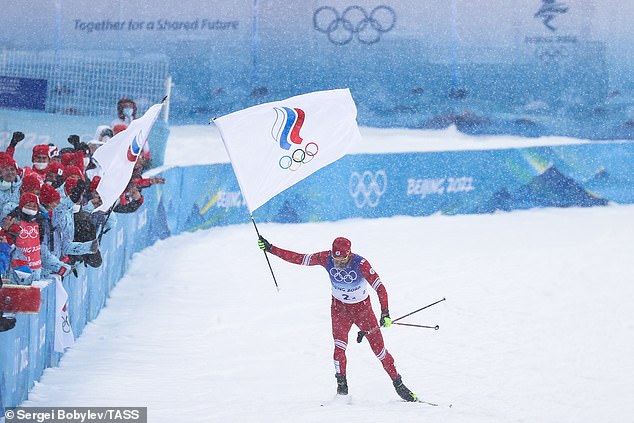 Sports Illustrated called the ROC a “front company” for Russia and it was true. This vanity, this sleight of hand, this pathetic delusion that we would be duped into allowing a nation to compete simply by changing its name, led us to Beijing and the doomsday scenario that unfolded.

It led us to a child who would crack under the most dreadful pressure, it led to us being verbally abused by her trainer as she cried.

The IOC allowed this to happen. They allowed a nation to compete – in all but name – that has a horrible doping record and they asked all of us to look the other way. And then they’re surprised when a 15-year-old child tests positive for a banned substance under the auspices of this ridiculous surrogate and turns the Olympics into a sick sideshow.

How do you get to a point where the competitors started Thursday’s free skating program knowing that if Valieva finished in the top three, there would be no medal ceremony? How much is the IOC willing to sacrifice for this charade?

If they’re ready to give up on the medal ceremony, if they’re embarrassed by their medalists, maybe they should have been done with it and given up on the competition as well.

Despite all its recent problems, we have always tried to see the Olympics as an antidote to the cynicism of professional sport, but what happened in Beijing showed that if sport had a medal ceremony for cynicism, the IOC would stand on the top step of the podium.

Ahead of Leeds United’s visit to Manchester United on Sunday, there was speculation over Marcelo Bielsa’s successor.

This speculation is an inevitable corollary of a difficult season marred by injuries to key players but hopefully we are not yet nearing the end of Bielsa’s stay in English football. 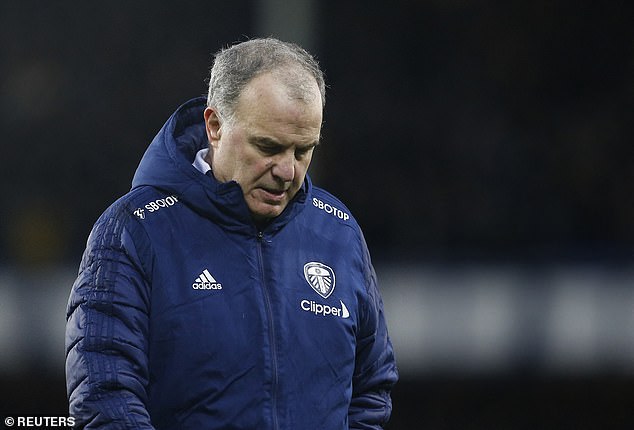 Watching them play in the three-and-a-half years since he arrived at Elland Road has been a joy and an education, an exercise in bravery, daring, ambition and achievement. For much of that time, there hasn’t been a better side to watch in the top four divisions.

So whoever takes over from Bielsa, I’d rather it didn’t happen for a bit longer.

Joy in all weathers

I had almost forgotten what it’s like to stand on an open terrace for 90 minutes in the pouring rain in the middle of an English winter when it’s freezing cold and a storm is coming.

The reality is that when your team wins 3-1, like Stockport County did at Bromley last Tuesday night, and all four goals are absolute crackers, it really doesn’t hurt at all.