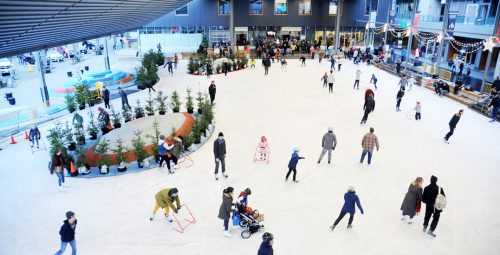 The Shipyards, located on Lot 5 of the Lonsdale Waterfront in North Vancouver, is a newly constructed mixed-use community and development center that opened in the summer of 2018.

The large covered outdoor plaza has now been converted to a free ice rink – much larger than the popular free ice rink at Robson Square in downtown Vancouver.

The City of North Vancouver announced in an email that the rink will be open to the public starting Wednesday at 1 p.m.

The area is approximately 12,000 square feet and is covered with a retractable roof. 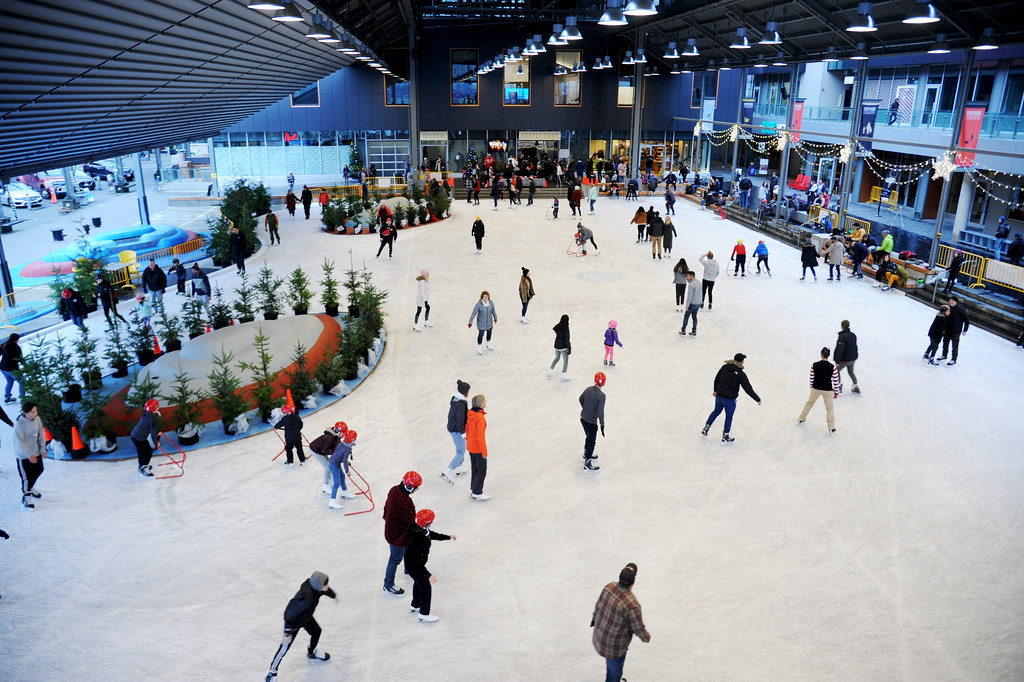 The mounds in the spray area are covered with seasonal decor and the ice cap extends around the mounds so that skaters can navigate around them.

Skaters can bring their own skates or rent a pair of skates on site, although quantities are limited. Helmets and skating aids are free. 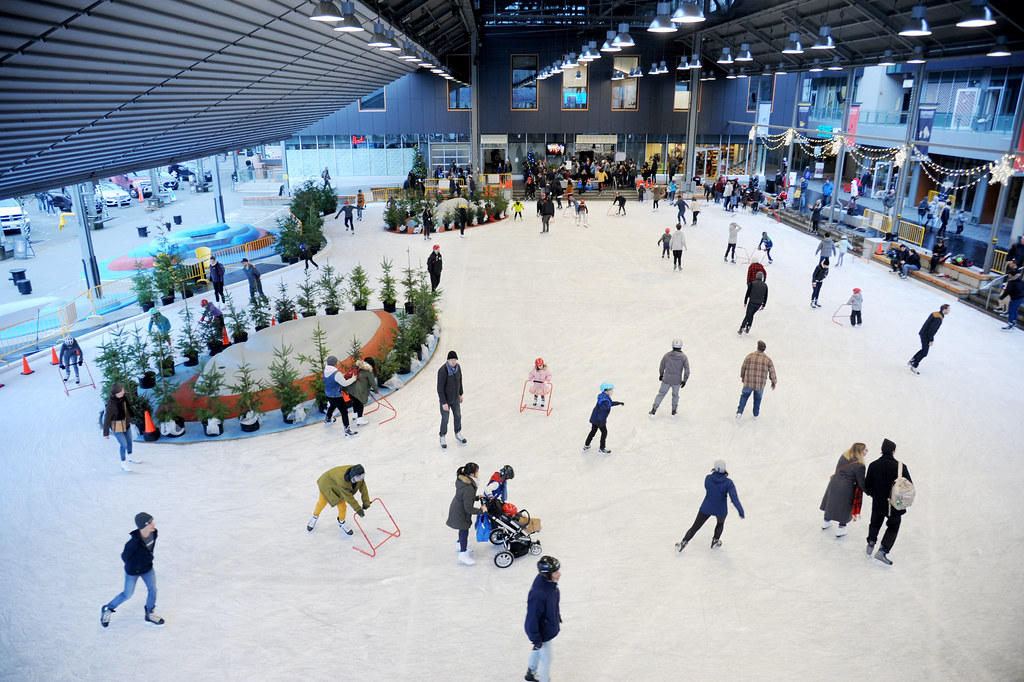 According to the City of North Vancouver, the Skate Plaza also uses a CO2 cooler that “powers Lonsdale Energy Corporation’s district energy system.” The square will also undergo periodic closures to clean up the ice.

Figure skating and hockey will not be permitted at the rink.

During the summer months the plaza also serves as an outdoor plaza with a spray area. 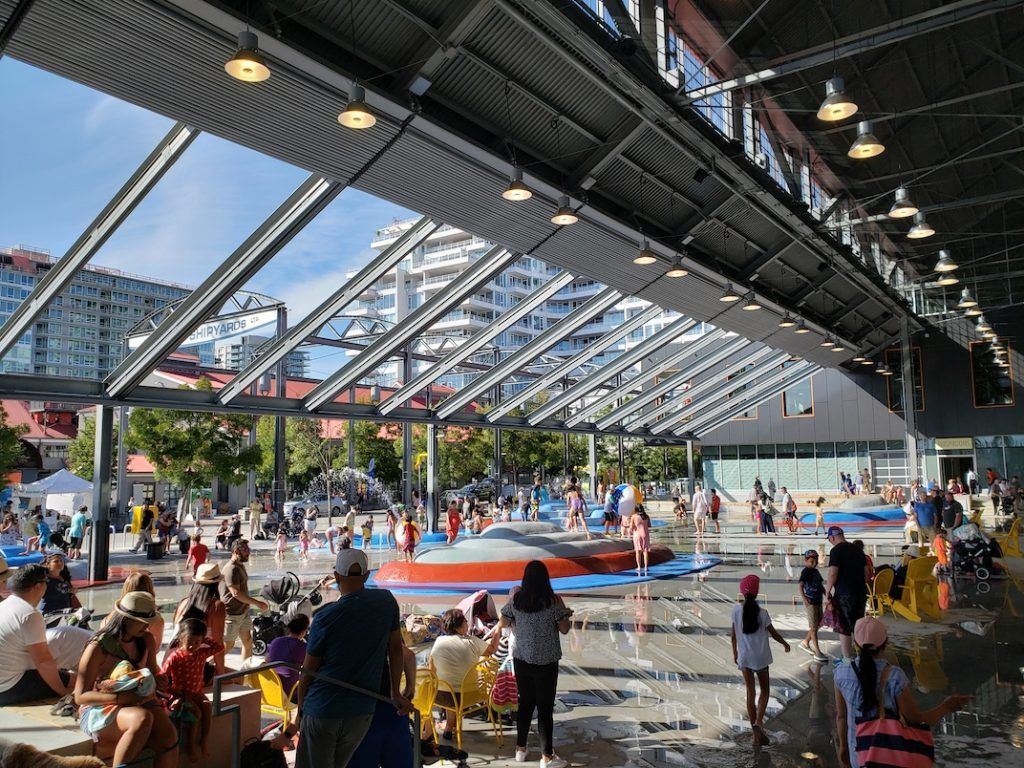 With files from Kenneth Chan