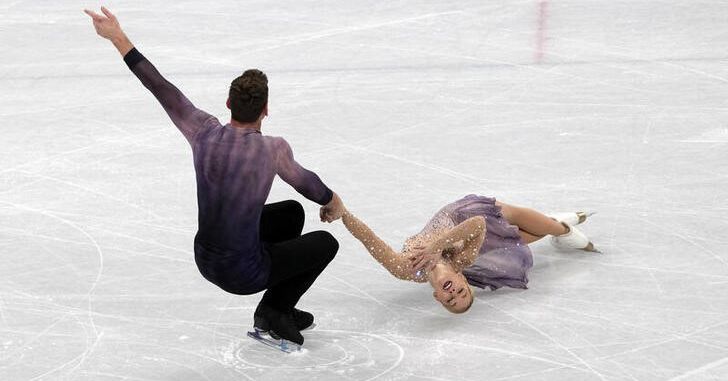 (Reuters) – Brothers Robert and Aron Marderosian, professionally known as the Heavy Young Heathens, filed a lawsuit on Thursday saying that NBC, US Figure Skating and figure skaters Alexa Knierim and Brandon Frazier had violated their copyrights. author using their version of “House of the Rising Sun” at the 2022 Beijing Winter Olympics.

Brothers said Knierim and Frazier skated to their version of the traditional folk song, used in a trailer for the 2016 film ‘The Magnificent Seven’ and a commercial for Ford Motor Co, without their permission, and also accused NBC of copyright infringement. copyright by distributing it.

The skaters used the song in their short program earlier this month, in a performance that helped USA win silver in the figure skating team event.

Heavy Young Heathens’ music has appeared in TV shows such as “The Simpsons,” commercials for Starbucks and movie trailers like “Deadpool,” according to the lawsuit. They have previously accused several other companies of misusing their work, including allegations against Fox Sports, Discovery Inc, Monster Energy and Warner Brothers in lawsuits that were later settled.

The musicians’ attorney (and also father) Mick Marderosian of Marderosian & Cohen said Thursday that the skaters’ agent “basically refused to listen to our problem.”

Marderosian also claims that NBC has since removed posts promoting the performance.

NBC, US Figure Skating and the skaters’ agent, IMG’s David Baden, did not immediately respond to a request for comment.

The lawsuit said “House of the Rising Sun” is a “very valuable license asset” to Heavy Young Heathens, and asked the court to award damages and block any future infringement by the defendants.

The case is Twelve Sixty LLC v. Comcast Corp, US District Court for the Central District of California, No. 8:22-cv-00255.

For the accused: Not immediately available