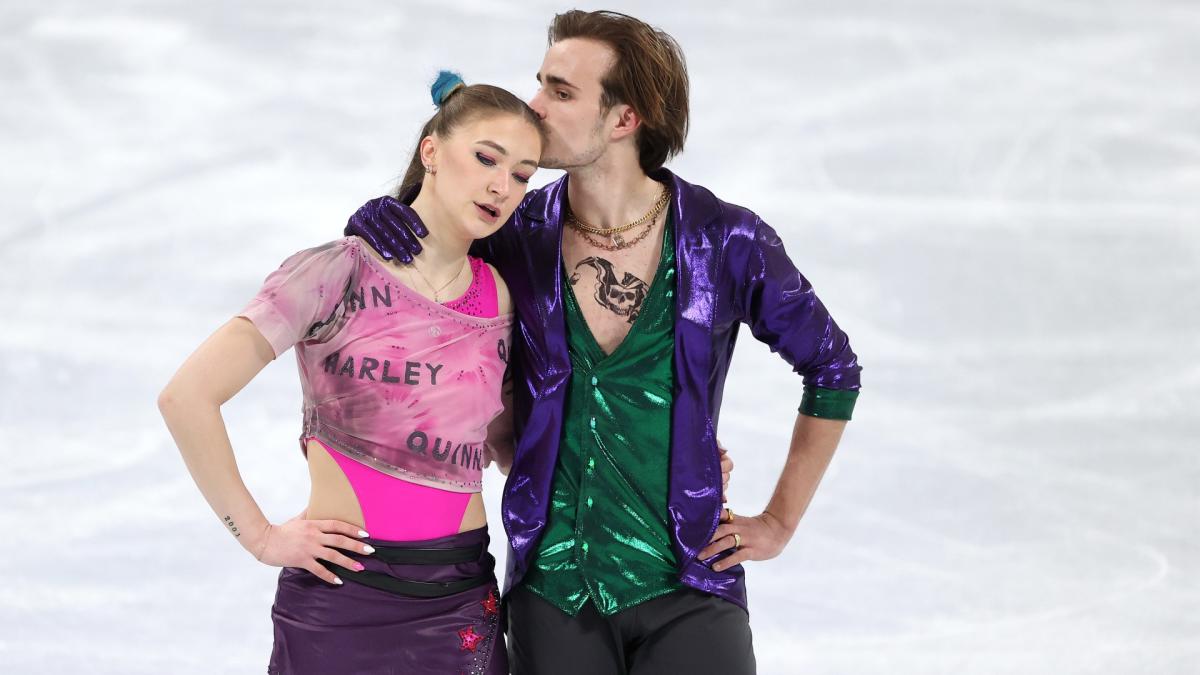 Well, no one can accuse them of being boring.

A pair of figure skaters from Germany made waves at the Beijing Winter Olympics on Friday with their bold costume choice, which paid homage to DC Comics characters The Joker and Harley Quinn.

Dressed as the villains widely popularized by the Suicide Squad movies, Tim Dieck and Katharina Mueller skated to a jazz rendition of Britney Spears’ “Toxic” while donning their daring outfits during the rhythm dance event. The result was as amusing as it was bizarre, and the internet world was quick to share a full range of opinions.

Some fans loved it and some hated it. And then there were those who weren’t sure what to make of the whole thing.

Although they received mixed reviews online, the duo’s picks didn’t sit well with the Olympic judges. Dieck and Mueller received the lowest score among the 10 teams participating in the rhythm dance event, a total of 63.21. Americans Madison Hubbell and Zachary Donohue finished the day with the best score of 86.56 while Canadians Piper Gilles and Paul Poirier took fourth place at 82.72.

One thing Canadians on Twitter could agree on was Gilles and Poirier’s costume choice.

Perhaps Dieck and Mueller’s outfits were better received in Germany.

The Joker and Harley Quinn are primarily known in the comic book world as villains in the Batman universe. In addition to the Suicide Squad films, on-screen iterations of “The Joker” include a feature film of the same name, in which the character is played by Joaquin Phoenix, and The Dark Knight trilogy, which earned Heath Ledger a Posthumous Oscar for the role.

The Beijing Winter Olympics officially began on Friday, with an electric and controversial ceremony at the Beijing National Stadium, also known as the Bird’s Nest.