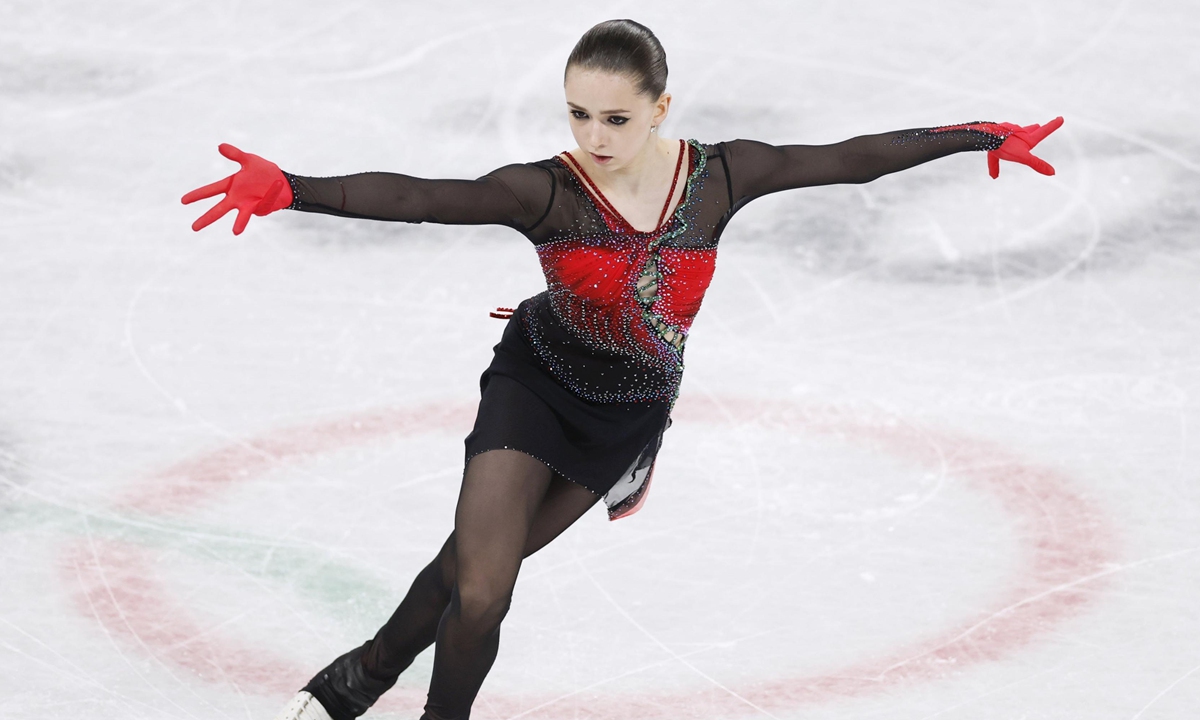 The decision of the International Skating Union (ISU) congress in Phuket, Thailand, lifts the 15-year age limit and will be phased in, reaching 17 in the 2024-25 season.

“It’s a very historic decision,” ISU President Jan Dijkema said after 100 countries and regions voted in favor of the measure, with just 16 opposed.

Figure skater Valieva, then 15, was cleared to compete in the Beijing Winter Olympics in February despite failing a prior drug test, but collapsed after falling several times during his last performance.

With the world spotlight on her and favorite for gold, she finished outside of the medals. Questions swirled about the influence of those around him following a tense and tearful post-routine encounter with his trainer.

The ISU said raising the age limit was on its agenda long before the Valieva case and acknowledged it had a duty of care to elite teenage athletes.

Ahead of the vote, chief executive Fredi Schmid said the ISU had faced media pressure and a “major attack” following the Olympics and reminded delegates that the reputation of the global body was stakes.

“The moment of truth is obviously today because the credibility of the ISU will also be scrutinized. The media and the public will be watching us very closely so remember that,” he warned.

Russia’s biggest names in figure skating have played down the decision – which will be in place for the 2026 Winter Olympics – with former coach-turned-media personality Tatiana Tarasova telling TASS: “We will win anyway “.

Former skating star Alexander Zhulin, now a coach, told TASS: “The decision is mainly against us.

“It’s obvious to everyone that at 15-16 our girls can’t be beaten. Everyone is against us now, so this decision was not surprising.”

The ISU medical opinion supported raising the minimum age to 17, arguing that it would benefit young skaters physically and mentally and help prolong their careers.

“I believe that as administrators of the sport of skating, it is your moral obligation and duty to provide these young skaters with the opportunity and time to develop…the skills they need to succeed. at the senior level,” said Dr. Jane Moran. of the body’s medical commission said.

“They have the right to develop as people during their teenage years… They don’t need us to force them to compete.”

A medical report said the change would give junior athletes time to reach skeletal maturity.

He also warned that some elite teenage athletes could experience delayed puberty by an average of two years due to the physical demands of training.

He noted that some were at higher risk of developing eating disorders.

The Athletes’ Commission surveyed almost 1,000 athletes and coaches, and 86% were in favor of lifting the age limit.

Some representatives of smaller countries argued that the changes would negatively impact their talent pool as skaters and their ability to send athletes to elite competitions.

But other smaller skating nations like Iceland and Ireland have argued the focus should be on protecting youngsters.

“We have to remember that it’s about children first and athletes second,” said the Irish representative in Phuket.

An amendment to raise the minimum age to 16 and then wait until after the 2026 Olympics in Milan-Cortina to reconsider the issue was defeated.