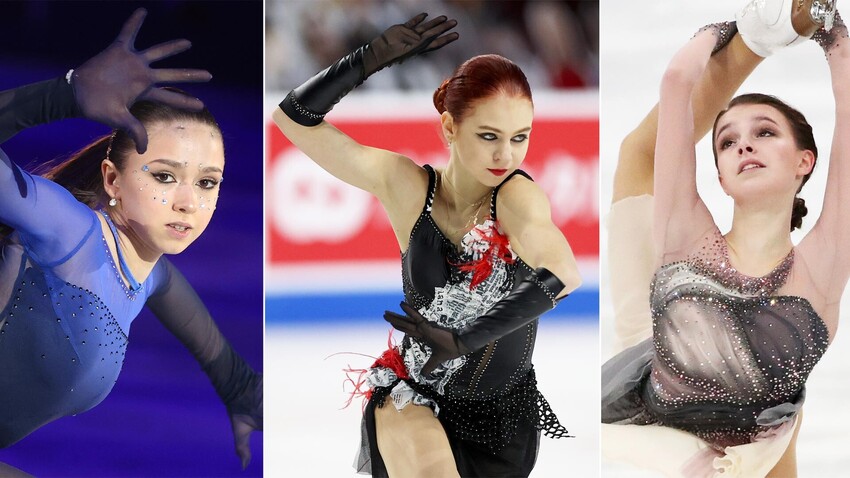 Beauties, animal lovers and sports enthusiasts – we tell you about the three winners of the Russian Figure Skating Championship and future participants of the 2022 Winter Olympics in Beijing.

Kamila Valieva, 15, from Kazan, started figure skating at the age of 3.5. However, this was not her only hobby – she also went to ballet and gymnastics. When she was five, her mother asked her to choose a sport, and Kamila focused on skating and never looked back.

At the age of 12, her parents took her to the “Sambo-70” sports school in Moscow, where she was noticed by Eteri Tutberidze (the coach of 2014 Olympic champion Alina Zagitova and the world champion Evgenia Medvedeva) who took the girl to her team. . 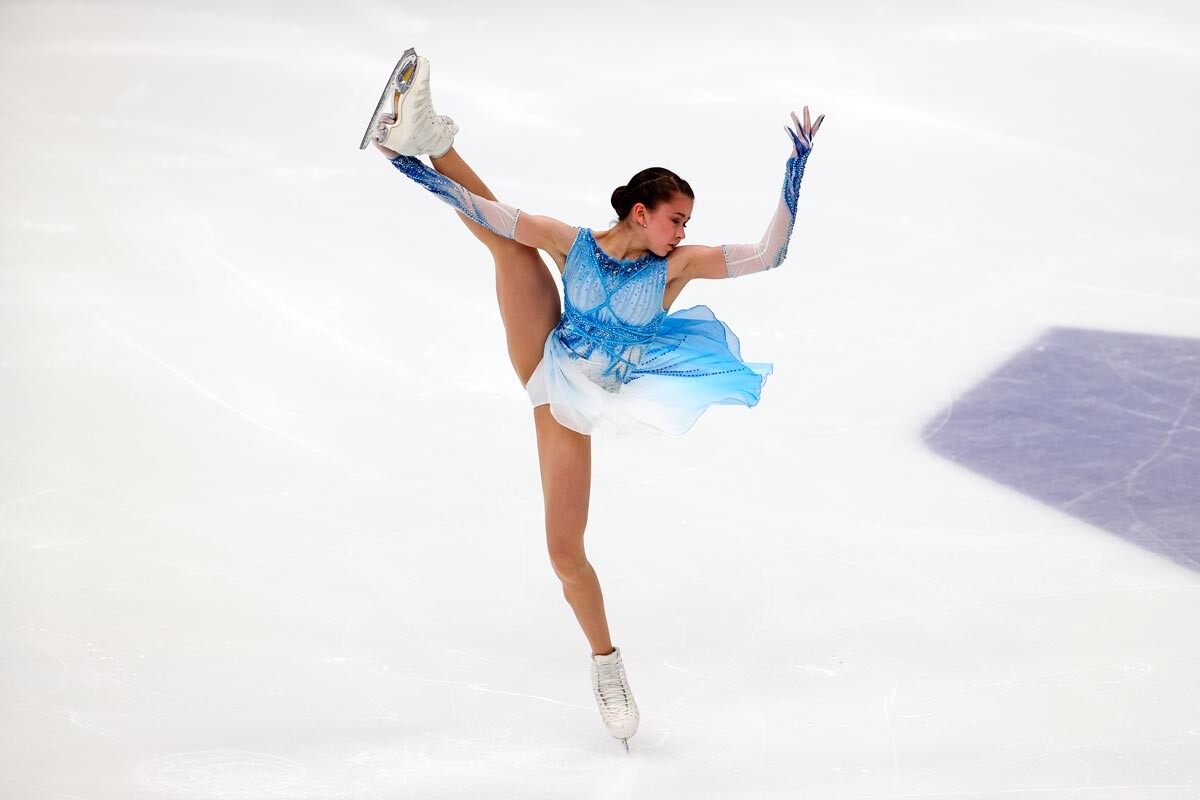 A year later, in the 2019/20 season, Kamila won the Grand Prix final and the World Junior Championship, becoming the second skater in history to perform a quadruple toe loop in competitions under the auspices of the International Skating Union (ISU) and set a world record for points among union members.

On December 26, 2021, Kamila won the title of Russian champion in adult figure skating and became the first participant in the 2022 Winter Olympics in Beijing.

In her free time, the girl enjoys drawing and taking care of her dog, Leva. 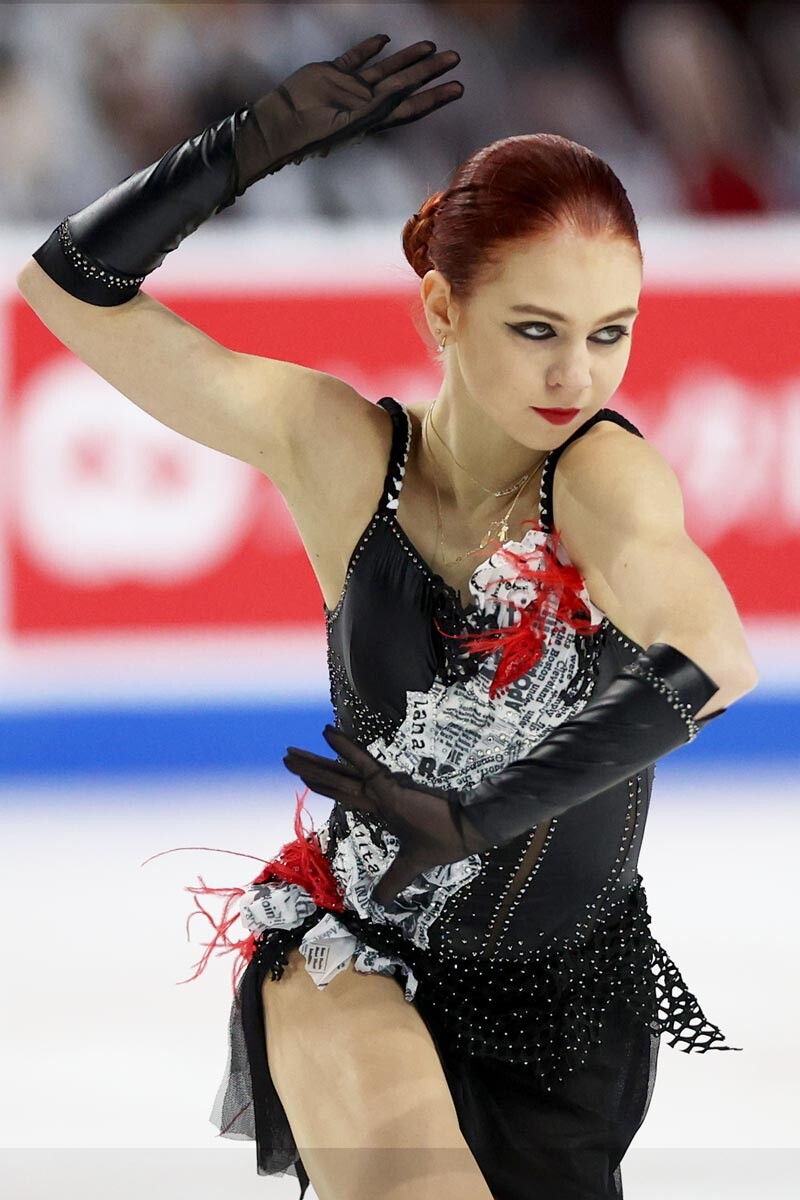 Alexandra Trusova of Russia skates in the women’s free skate during the ISU Grand Prix of Figure Skating – Skate America at Orleans Arena on October 24, 2021 in Las Vegas, Nevada

Alexandra is only 14 years old and the media already call her the “jumping fairy”. And for good reason – she is the first skater in history to perform the quadruple lutz, tolop and flip (these elements were previously only allowed for men – RB note) during ISU competitions, and in 2018 and 2019, she became the junior world champion. twice for the first time.

Born in Ryazan, the skater has two younger brothers and her father is a master of martial arts. From the age of four, Sasha was interested in skating – ever since her parents gave her skates. For five years she skated in Ryazan, then went to Moscow to skate with Eteri Tutberidze.

Since then, Trusova has been included three times in the Guinness Book of World Records for her four flips, tolup and lutz. 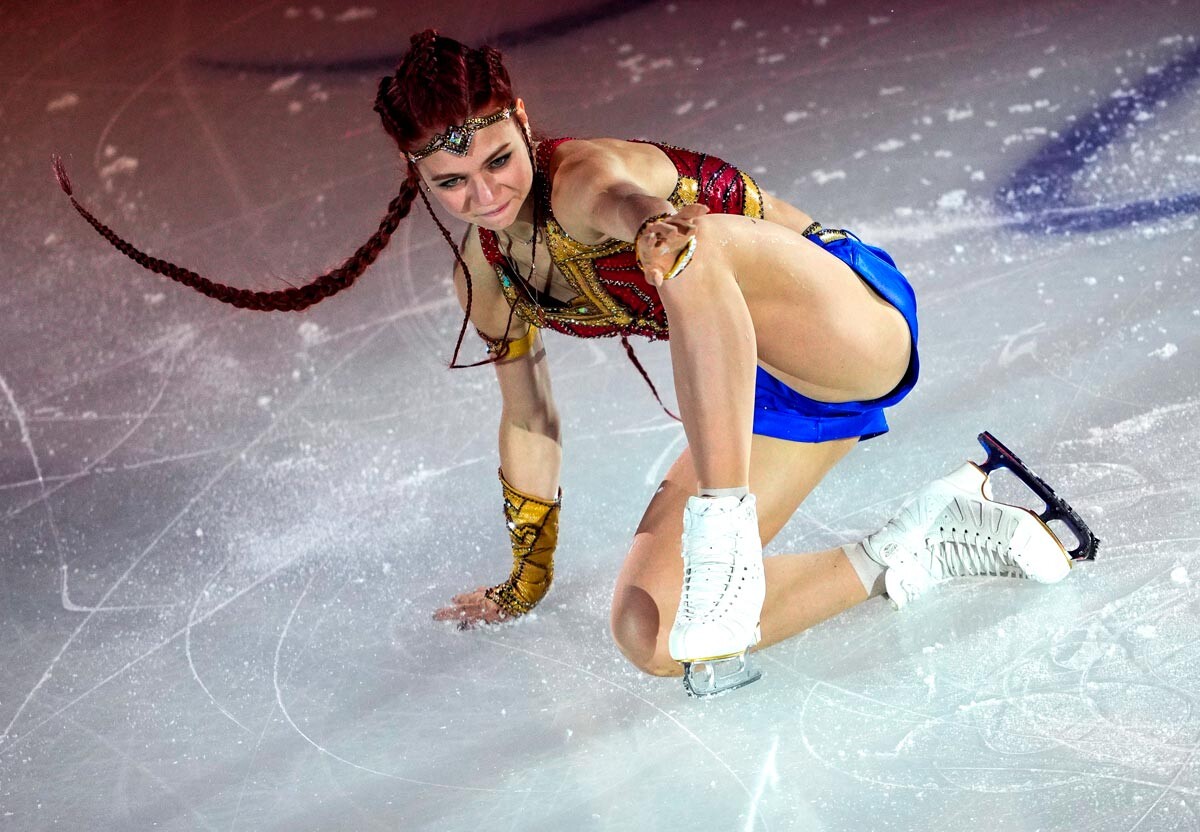 In her spare time, Sasha studies English and takes care of her chihuahua, Tina. She spends the rest of her time training and planning for her victory at the Olympics.

“Since I was a little girl, I’ve always wanted to do something that no one else does. <...> The risk is my <...> If everyone after me learns to do fours, then I’ll do fives, ”Trusova said. 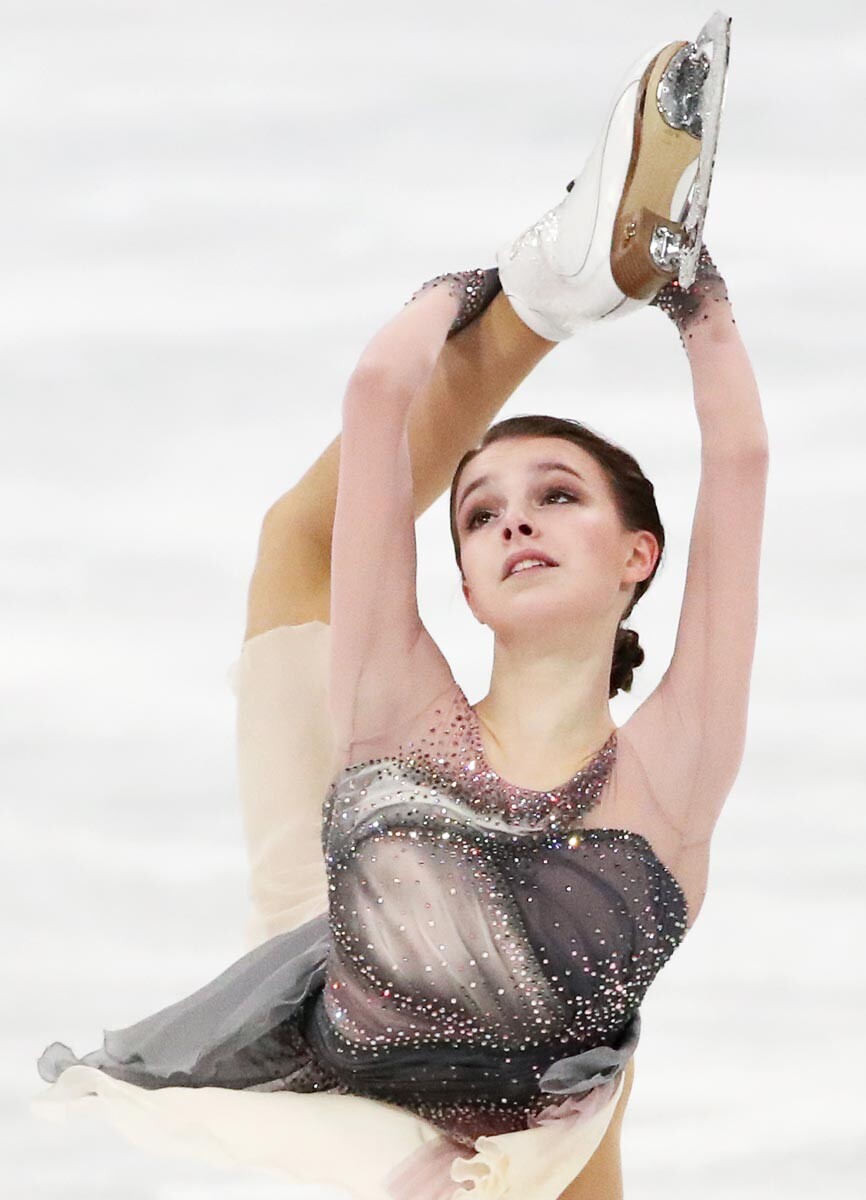 Stockholm. Anna Shcherbakova (Russia) in a performance in the women’s singles free program at the World Figure Skating Championships

17-year-old Shcherbakova’s parents have nothing to do with sports. Her grandfather is a physics professor, her mother and father graduated from Moscow University. Her older sister, Inna, started figure skating, and at the same time, they sent Anya to try the sport.

“I liked it a lot, and I guess until I was seven I skated just for fun, without thinking about anything,” said Shcherbakova.

In the first competition in 2012, at the Open Championship of the President of the Federation of Figure Skating in Moscow, Anna took 22nd place out of 29; a year later – she took second place. Then she went to train Eteri Tutberidze and soon began to win her first medals in competitions and championships in the city. 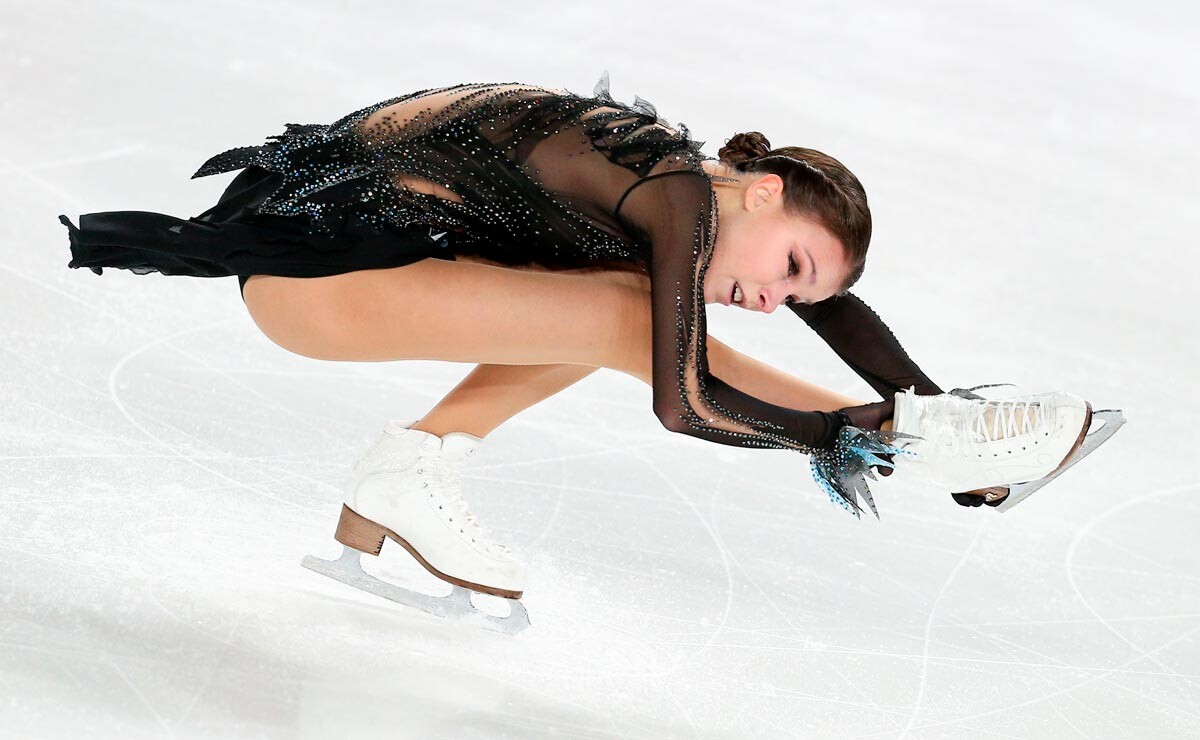 In 2017, Anya broke her leg during training; recovery took six months, but already in 2018 she won gold in the final of the Russian Cup-2018 among juniors.

A year later, Shcherbakova moved to the adult category, in which she also won gold at the 2021 World Figure Skating Championships in Stockholm.

In her spare time, Shcherbakova makes elastic toys, something she learned while recovering from a broken leg. She loves to read books by Soviet science fiction writers, the Strugatsky brothers, and not so long ago she decided to take her first parachute jump.

Arkansas’ largest ice rink offers plenty of space for everyone

Mississippi’s largest ice rink offers plenty of space for everyone