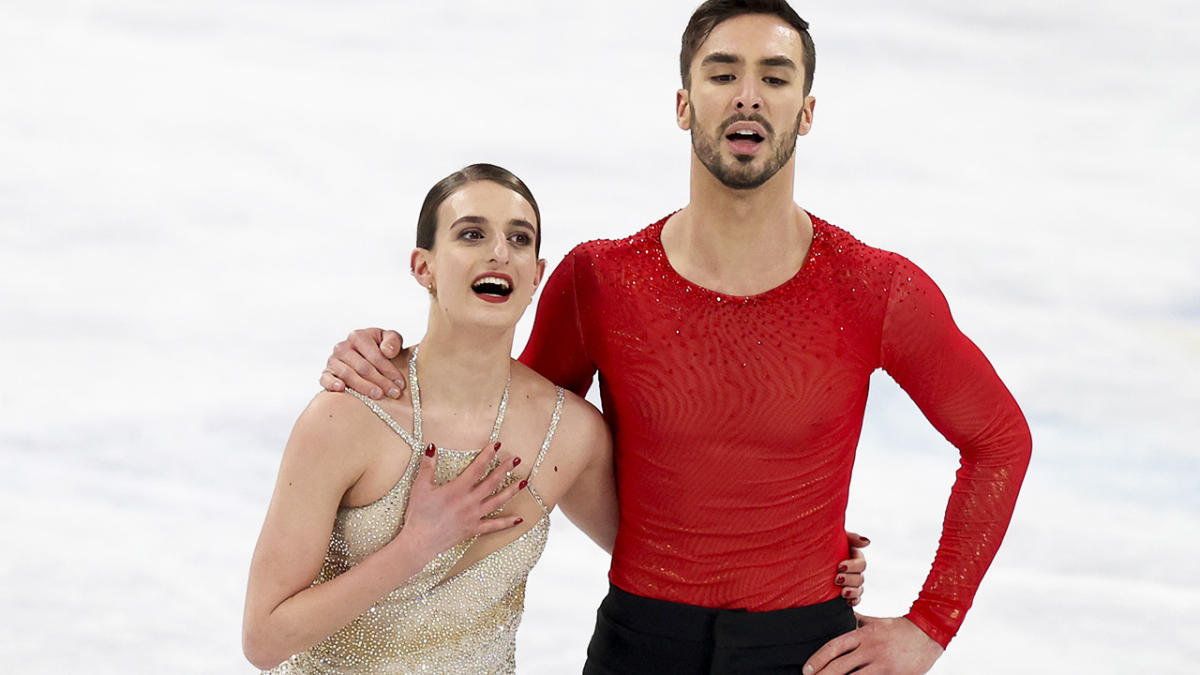 French figure skating duo Gabriella Papadakis and Guillaume Cizeron bounced back from their “worst nightmare” at the previous Winter Olympics to win gold in Beijing.

Papadakis and Cizeron’s gold hopes were dashed at the 2018 Pyeongchang Games when the first the dress was partially torn on the ice at the start of their rhythm routine.

They were able to complete the routine, but the wardrobe malfunction was an obvious distraction that ultimately put them out of contention for the gold medal.

It was an absolutely heartbreaking moment, especially since they were able to win silver thanks to a world record performance in their subsequent free dance routine.

Instead of succumbing to the heartache of 2018, Papadakis and Cizeron have redoubled their efforts to prepare for the Beijing Games in 2022, despite limited opportunities to compete in the previous 18 months thanks to the coronavirus pandemic.

They set another new world record, in the rhythm routine no less, to place first for gold before marking it with a performance on “Elegie” by French composer Gabriel Faure which earned them a score of 136.15.

Delighted to win the gold, Cizeron said he and Papadakis had worked hard to put the disappointment of 2018 behind them – but admitted it was good to have some ‘revenge’.

“We are in a totally different place to where we were four years ago,” he told Eurosport after their rhythm dance record.

“Mentally and in terms of preparation too. We didn’t have a good memory of the short program there.

“We are super happy with our performance so indeed, it’s a little revenge.”

Papadakis was also delighted with the result, having gone through one of the worst possible misfortunes a figure skater could have had on the big stage four years ago.

After winning gold, it was clear she just couldn’t believe that she and Cizeron would be Olympic champions forever.

“I think we don’t believe it yet. Honestly, it seems completely unreal,” she said.

“We were expecting this. This is the medal we wanted. My brain doesn’t understand it.

“We have worked a lot. We relied on the last Olympic Games. We started winning and everything and we knew it was possible.

“For years it was the only medal we wanted and the last four years have been pretty much that time.”

We are far from the disappointment of 2018.

At the time, Papadakis described the moment her dress came off as her “worst nightmare”.

“It was quite entertaining, kind of my worst nightmare at the Olympics,” Papadakis said in 2018.

Papadakis and Cizeron had the highest scores for their straight-line lift, synchronized twizzles, combined spin, and curve lift.

They also received 10 points out of 10 for program composition.

Click here to sign up to our newsletter for all the latest stories from Australia and around the world.

What pairs of figure skaters are dating on Team USA?