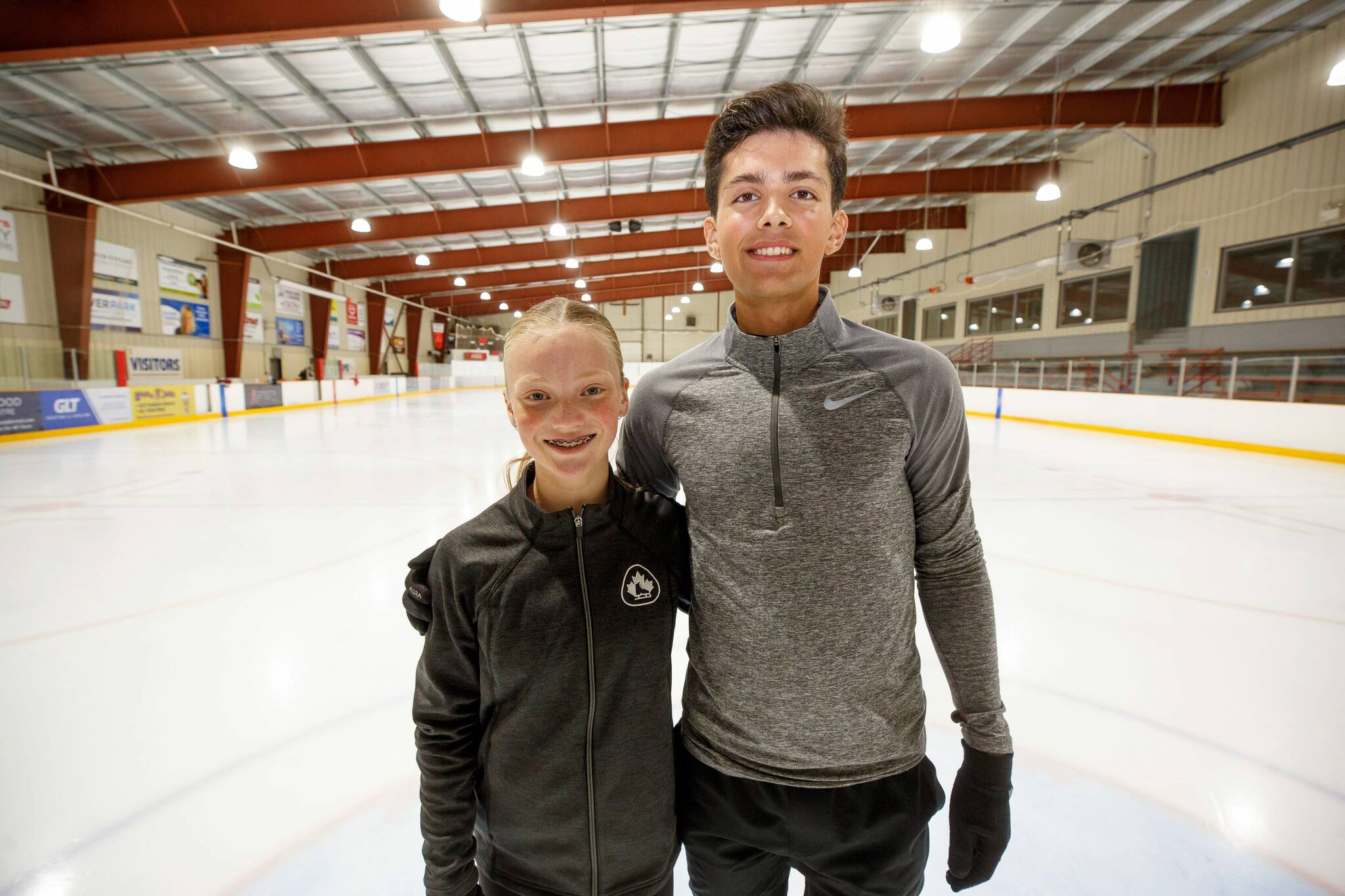 Incredulous. That’s one way to describe how pair figure skaters Ava Kemp and Yohnatan (Yoni) Elizarov of Winnipeg felt Friday as their second Grand Prix competition wrapped up in Poland.

With their fifth-place finish in Gdansk combined with the silver medal they won in Latvia last month, 14-year-old Kemp and 18-year-old Elizarov clinched their ticket to the prestigious ISU Junior Grand Prix Final in Italy. in December.

The international competition rookies collected 20 points to place fifth out of 20 pairs competing on the World Tour and secure one of the six spots available for the final.

It was an impressive, if unanticipated, achievement for the 2022 Canadian Novice Pairs Champions, all the more remarkable as both have struggled with injuries.

“The whole experience was unexpected and this one is even more unexpected,” coach Kevin Dawe said by phone from Gdansk.

An hour after their event, Elizarov hadn’t quite grasped the magnitude of their achievement.

“I’m not super excited right now. Maybe it hasn’t hit me yet,” said the former singles competitor who considered quitting the sport before deciding to try pair skating last year.

“At the start, we were struggling with injuries and we already had our (qualifying) scores for the World Juniors, so we were coming here with less stress and we weren’t really going for the final. We just wanted to skate our best, and I guess that got us to the final,” the Vincent Massey graduate added, explaining he has an abdominal injury while Kemp has right ankle injuries. .

Their outstanding performance surprised many people, including people from Skate Canada, given that they launched their partnership only 15 months ago.

Kemp and Elizarov earned their personal best scores for their performances in Gdansk but fell well short of the podium given the formidable field. Pairs from Australia, Ukraine and the United States won the gold, silver and bronze medals respectively, while another Canadian pair from Ontario took fourth place.

These five couples, plus a second American duo, will face off again in the final in Turin.

While Kemp and Elizarov have increased the difficulty level of their lifts over the past few weeks, Kemp’s landing foot soreness has thwarted their plan to add a throw triple jump to their repertoire.

Yet they earned bonus points for quality on eight of the 10 elements of their correctly defined free program for Never enough of The greatest showman. They surpassed their previous best aggregate score from Latvia by almost five points.

Elizarov said competing on Olympic-sized ice was a tough adjustment to make given they train on smaller, hockey-sized tracks at home.

“I think we could have skated a little faster, a little better and cleaned up our elements but overall I’m just happy with our performance,” he said.

From Dawe’s perspective, his athletes delivered “an incredible performance, one of the best they’ve done in competition.”

“I could just feel all the emotion they were going through. They continued to build with each element. As a coach, you couldn’t be happier to see two people come together to put on a performance like this. All of their hard work, dedication, and the ups and downs they’ve been through have come together in this big moment.

“I’m just thrilled for them,” added the coach who works as a daytime medical assistant.

Kemp and Elizarov will return to Winnipeg on Sunday and take about a week off the ice to let injuries heal.

In late October, the duo will train in Mississauga, Ont., for a week with duo specialist Andrew Evans and veteran Russian coach Dmitri Savin as they ramp up their training for competition in Italy, at from December 8.