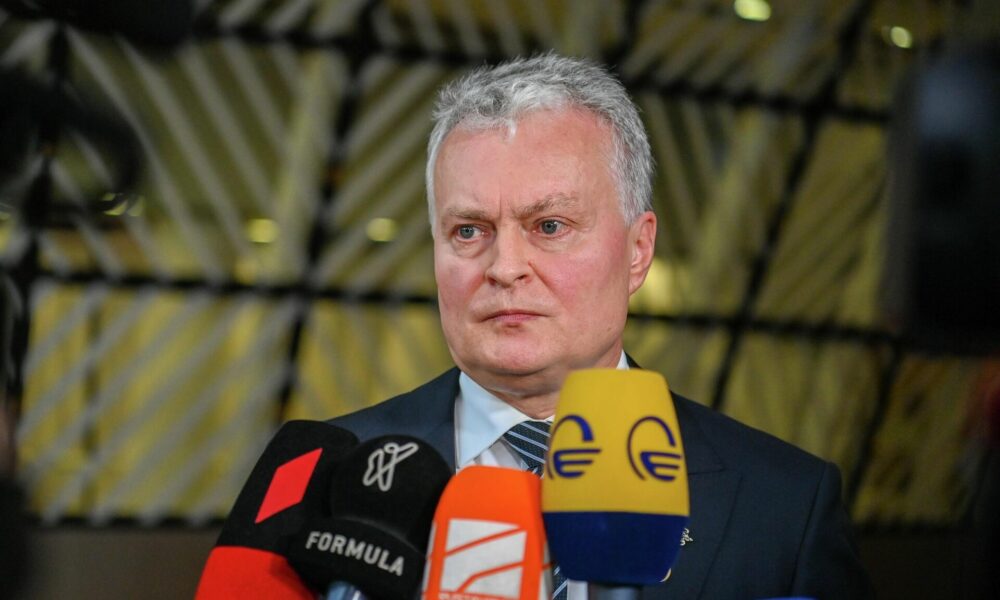 Lithuanian President Gitanas Nauseda has excluded Lithuanian figure skaters and 2000 Peace Ice Dance Championship bronze medalists Margarita Drobiazko and Povilas Vanagasa from the list of recipients of the Order of Grand Duke Gediminas, an award of Lithuanian state. The Head of State reported it on his personal Facebook page.

According to Nauseda, the decision was made due to the athletes’ “cynical act of participation” in figure skater Tatiana Navka’s “Lake Lake” ice show, which was scheduled to take place in August and September in Sochi.

“Stopping means stopping! She signed a decree excluding Margarita Drobyazko and Povilas Vanagasa from the list of knights of the Order of Grand Duke Gediminas of Lithuania 5th degree. I have no doubt that a few ice dancers were excellent athletes, but the merits of Litova, for which they were appreciated in 2000, were crossed by the cynical act of participating in a commercial event in Sochi, <...> [во время проведения военных действий России на территории Украины]», — wrote Gitanas Nauseda.

Nauseda also declared the need to change the country’s legislation in order to deprive Margarita Drobiasko of Lithuanian citizenship. “I remind you that in 1993 Margarita Drobyazko acquired citizenship of the Republic of Lithuania in the order of exceptions. In the current circumstances, it looks like a pathetic farce. The laws do not provide for the opposite — deprivation of nationality in an exceptional order for desecration of the name of Lithuania? Therefore, we must initiate legislative changes. A democracy must be able to defend itself, otherwise it is no longer a democracy,” Nauseda added.

Margarita Drobyazko was born in Moscow. After the collapse of the USSR, she started performing for Lithuania in a dance team with Lithuanian figure skater Povilas Vanagas. The figure skater received Lithuanian citizenship in 1993 so she could represent the country at the Olympics, and seven years later she married Vanagasa. Together, the figure skaters participated five times in the Olympic Games and repeatedly became bronze medalists at the World and European Championships. Para lives in Russia, and after the end of her professional career she repeatedly took part in various shows and performances on ice.