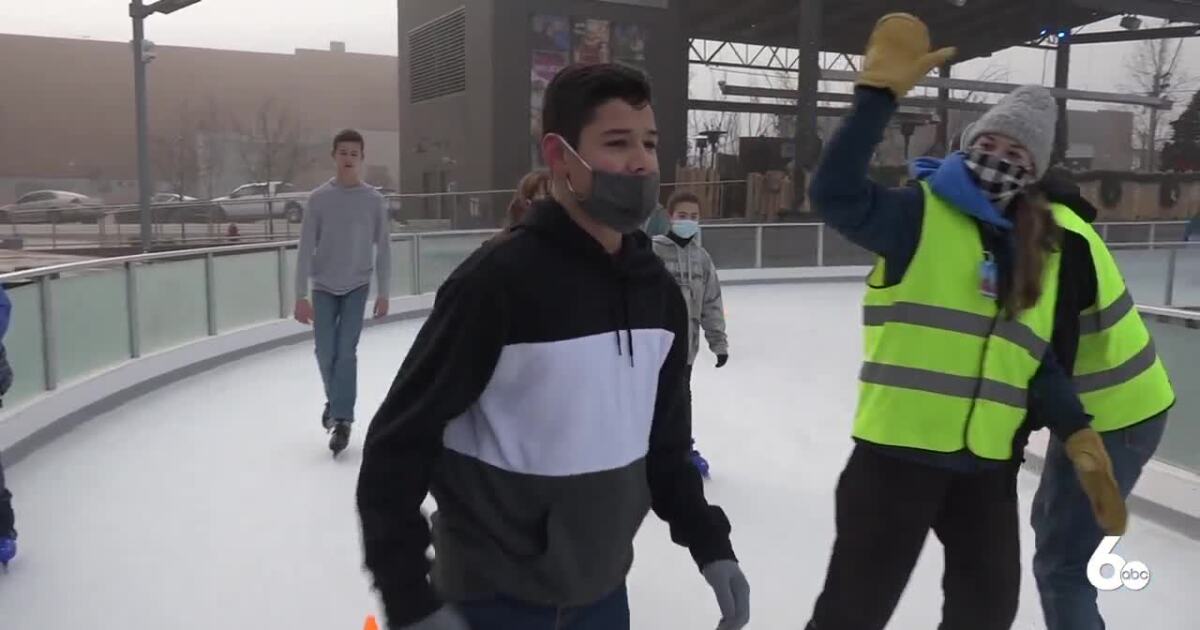 CALDWELL, Idaho – Indian Creek Plaza opened in downtown Caldwell in the summer of 2018. Since then the square has become a community gathering place.

Every Saturday until February 6, Sk8 Ribbon Coalition will offer free ice skating lessons in two different sessions to give children the chance to learn a new sport.

â€œIt’s the most amazing thing because you take someone who is totally scared, and at the end of the four sessions they are skating back and forth,â€ said Jen Hubler of the Sk8 Ribbon Coalition. â€œThere are so many lessons that apply to life; sometimes you fall and you have to get up. “

These lessons allowed children to learn a new hobby, and ice skating helped them get out during the pandemic.

“I’m very excited to be doing it,” said Kira Manley, who has learned to skate. “This year, due to COVID, I haven’t been able to try anything new.”

But that’s only half the story. Before the young skaters can even touch the ice, Corey Turner, who works for Destination Caldwell, prepares the surface with a Zamboni.

Turner is also in charge of setting up the system under the Indian Creek Plaza stage, which has a computerized system that runs salt water through a maze of pipes under the concrete to keep it cool, so that ice does not melt when mother nature does not cooperate.

â€œIt would be impossible to have an ice rink tape without this thing,â€ Turner said. “Salt water does not freeze. It comes out of the system at ten degrees and comes back to 14.”

Turner has to do a lot of work to make sure the ice sliver is ready for the skaters, but he tells us it’s worth it.

â€œIt’s a reward to see the smiles on all people’s faces,â€ Turner said.

Iris Ineck couldn’t have been happier to watch her granddaughter Kira learn to skate.

Iris tells us that Indian Creek Plaza has been a game-changer for the Caldwell community.

â€œIt made Caldwell alive like when I was a kid,â€ said Ineck. “The kids have been stuck in the house for too long, I think that’s the best thing right now.”

The most enjoyable part of this story was watching the kids progress on the ice, going from being very shy to skating around the ribbon.

â€œIt’s so cool, I love to skate,â€ said Kira Manley.

The Indian Creek Plaza rink is open every day of the week, they rent skates, but they need to cap the number of skaters, so the ribbon doesn’t get overcrowded during the pandemic.