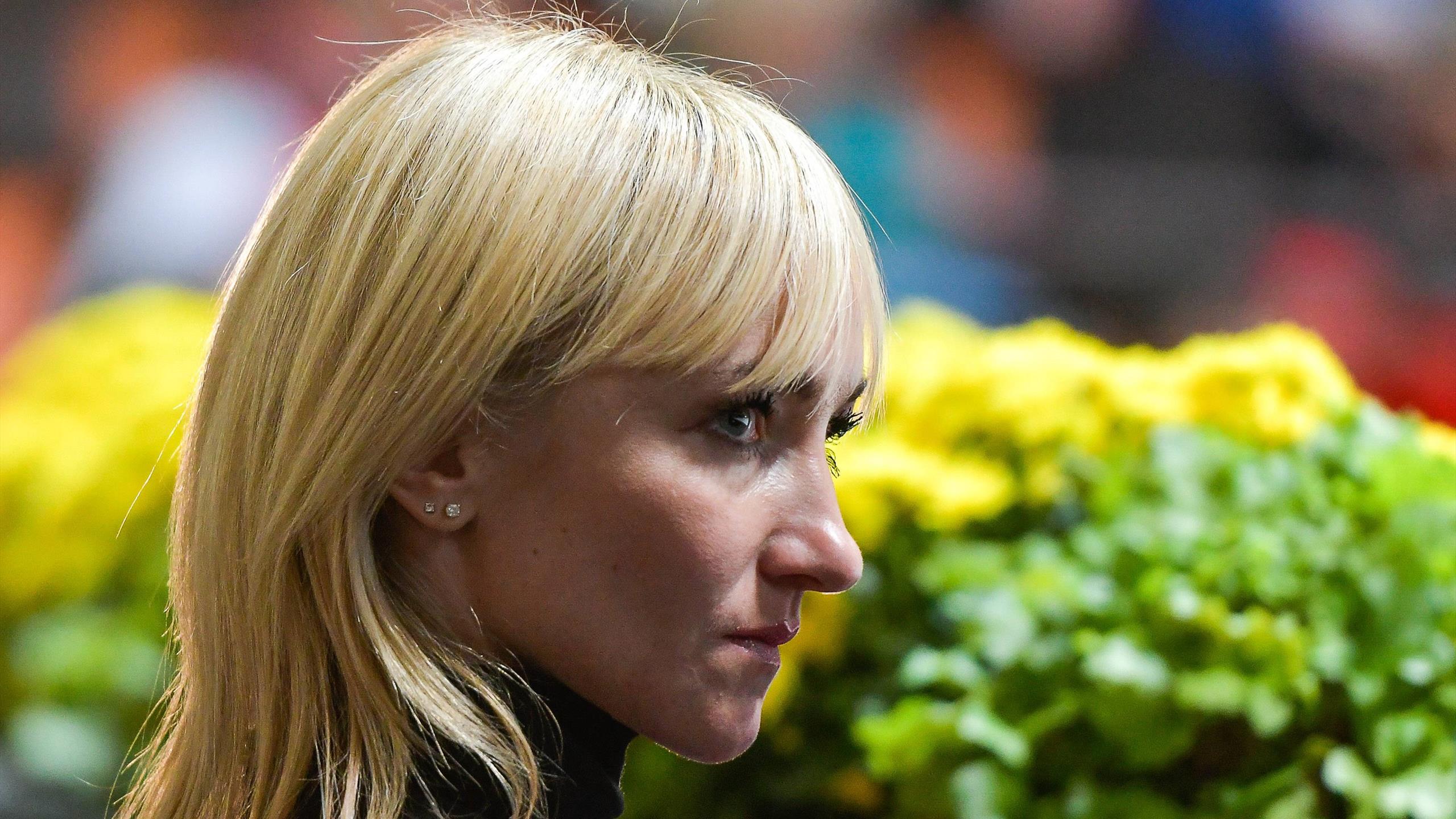 Inside Games reported as the figure skaters – understood to be Nikita Katsalapov, Victoria Sinitsina, Evgenia Tarasova and Vladimir Morozov – were pictured standing on stage during a pro-war rally hosted by Vladimir Putin last week to drum up support for his invasion of Russia ‘Ukraine.

Savchenko, born in Ukraine but representing Germany, told Eurosport: “I was speechless when I saw this.

I could hardly believe my eyes.

“It is very painful what is happening between Ukraine and Russia. Children and people are dying, countries are being destroyed – it is a catastrophe.

“And these athletes celebrate it and support this gala. It’s inhumane. However, I don’t know if they went there voluntarily or not. There are rumors that they had to or were forced to. Unfortunately, I cannot rate it.

Savchenko went on to say that his family was still trapped in Mariupol, a region of Ukraine, adding that they lacked food. She described the situation in the country as a “humanitarian disaster”.

“Unfortunately, there was bad news on Monday. My family comes from the area around Mariupol. A relative was injured there. He is only 17 years old. The other family members are in a cellar, but they can’t get out.

“There is also no food there. If it continues like this for a few more days, they will die from lack of food. It is a humanitarian disaster. My brothers are fine, if you can say that at all in the current situation.However, they are not allowed to go out at all for two days.

The former German coach was asked if she was in regular contact with anyone in Russia, but she said she had to delete a lot of people from her phone, adding that many had told her they were against it. the war but were afraid to speak out. .

“To be honest, I deleted a lot of them from my contact list,” Savchenko said. “I don’t understand why some are in favor of this war.

“Others are against the war but don’t talk about it. There are many people who write negative messages to me. But there are also many who are against the war. However, they write to me that they cannot do anything about it. If they protested against this, they would pay for it with heavy prison sentences or even with their lives.

“They’re all just very scared, so even those against it won’t do anything. They themselves do not know how to react correctly.

“On the other hand, I think if you have your own opinion, you should speak up. But of course I’m not in the field either, so I can’t judge the situation in Russia. I know that even the use of the word “war” on social media is severely punished there. But from my point of view, it will be difficult for people there to look each other in the eye again.

After stressful games, the USA team figure skaters are ready to compete again