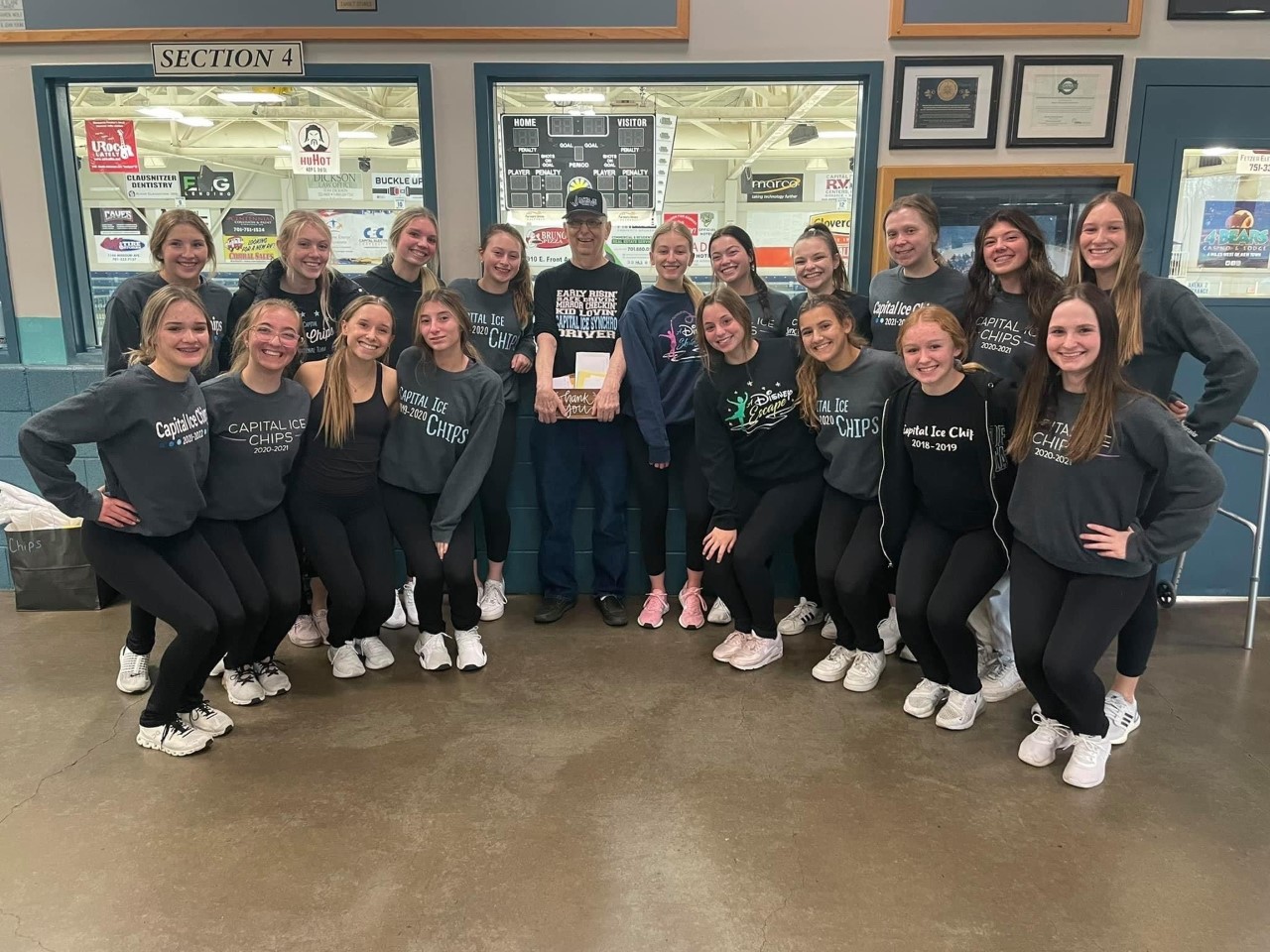 Ice skating team gives back to their bus driver

For the past 12 years, Ronald Watson has been the Capital Ice Synchro team’s bus driver – but this year he won’t be able to accompany them on their journey to Colorado.

Thirty-five years ago, Watson says he quit drinking and started driving buses. He immediately fell in love with it and bonded with Capital Ice Synchro coach Becky Gallion.

“We just clicked and I just knew, I love how much he cared about the girls and did his job, above doing his job. This is to make sure we were all taken care of. I always felt safe on his bus, even though we were riding in very bad weather, storms, ice storms like it can be in the North Dakota winter. I always knew he would never put us in danger,” Gallion said.

Gallion shed a few tears as Watson did his interview, as he says it was more than a bus that was driving him.

The children loved him; they called him many nicknames, including Grandpa and Ronald McDuck.

About a year ago, Watson was diagnosed with cancer. Back then it was stage 3, but now it has moved to stage 4.

“What they’re telling me now is the chemo, it’s terminal, and I’ve accepted that I don’t mind. But it’s… I still laugh good, but it’s… keep me alive as long as they can and that’s it so I don’t care anymore, you know I had a nice life so it doesn’t bother me,” Watson said.

Watson and his doctor decided it was time to give up bus driving.

“Ron, he’s the best and he’s always been there for us,” Hanson said.

“When I go there, I know I’ve done good somewhere along the line,” Watson said.

Hanson says this is the team’s first domestic competition since the pandemic – and it just won’t be the same.

So they named their bus after Watson and say they’re trying to fit in, but it’s hard.

“The best people you find in life are in some of the hidden places, you know, and we try to teach our kids to appreciate all the volunteers at the competitions and the bus driver and that shows how much meaning a bus driver can have on your life,” Gallion said.

Watson’s No. 1 wish is to make sure his bills and memorial service are taken care of so his wife doesn’t have to work night shifts as a janitor after he passes away. The team created a GoFundMe page for his medical expenses.