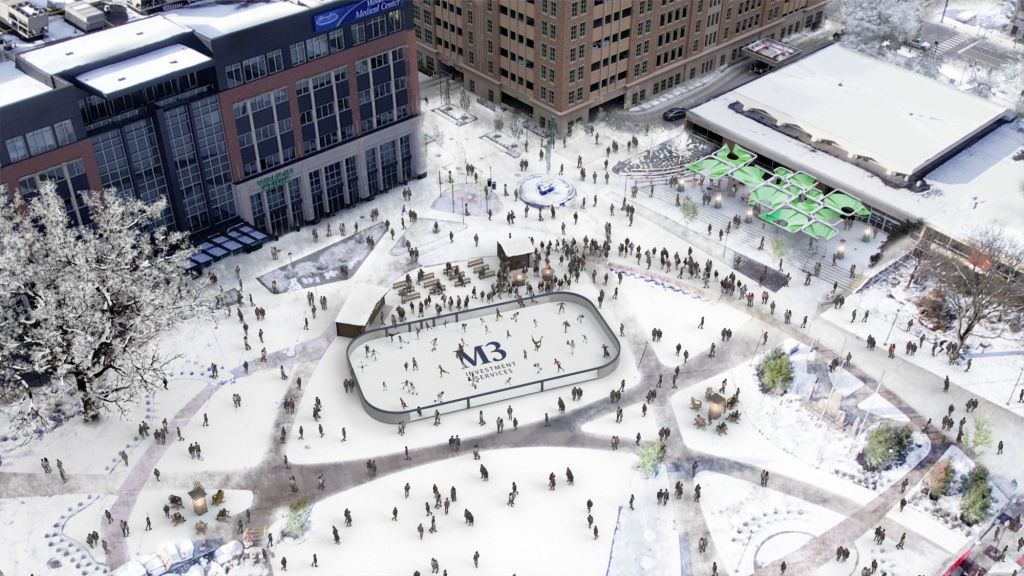 Royal Oak’s new Centennial Commons skating rink, known as The Rink at Royal Oak, opens for the season at 11 a.m. Saturday with a performance by the New Edge Figure Skating Club.

There will be live music starting at 2 p.m. with performances by Alise King and the duo Reefermen.

The fences around the rink fell on Wednesday.

“It’s going to be spectacular,” said Jon Witz, whose company manages the operation of the rink and produces other events in the city such as Arts, Beats and Eats and Winter Blast. “I think it will be well received and a great addition to Centennial Commons.”

The rink measures 60 by 90 feet and will accommodate up to 250 people at a time, organizers said.

A dozen sponsors are involved with the Royal Oak rink, including presenting sponsor M3 Investment Services.

Mike Pesendorfer, CEO of M3, said in a statement that the company supports the rink and related activities because of the sense of community at Royal Oak.

“It’s the perfect winter spot for family gatherings, as well as a special attraction that will also encourage people to support our downtown retailers and restaurants,” he said, “while adding to the seasonal vibe of downtown Royal Oak…”

The Detroit Skate Club is scheduled to perform at 3 p.m. and 5 p.m. Saturday.

Two fire pits will be set up near the rink for roasting marshmallows and the Royal Oak Public Library will serve as a warm-up station for the rink when it is open.

Rink hours on Sunday will be 11 a.m. to 6 p.m. with live music from The Oneders.

Witz said rink operations should attract more people to downtown businesses. He noted that the rink is adjacent to the 11 Mile Road parking deck where parking is free for the first two hours each weekday and free on Sundays.

On Mondays, there will be free skate rentals for drinkers in the outdoor social district.

Royal Oak residents can skate for free at seven sponsored nights on Tuesdays and Wednesdays until December 14.

The rink will host free skate rentals and half-time skating with an on-site coach for seniors on the first three Tuesdays of this season’s schedule.

More information about the Royal Oak Rink, features, pricing and offerings can be found on the operation’s website at therinkatroyaloak.com.

The schedules from January 3 to February 19 will be announced later.