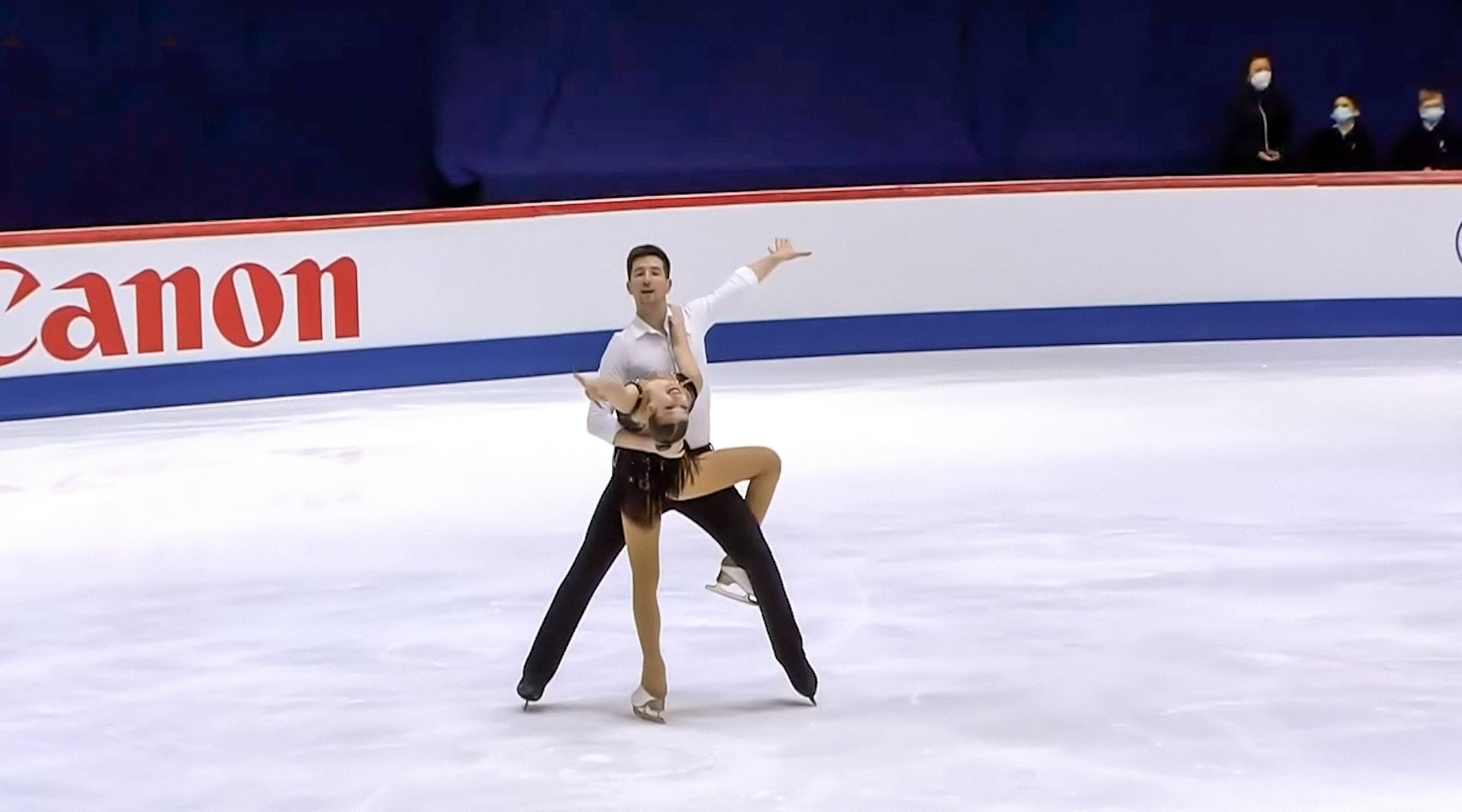 Hektor Giotopoulos Moore sits in front of me on Zoom and begins listing countries, raising a finger for each new one he names.

Hektor, 19, has just listed all the countries he has traveled to in the past eight months with his figure skating partner, 16-year-old Moscow-born Anastasiia Golubeva.

“It’s amazing,” he says, recalling the multiple international figure skating competitions the duo took part in between 2021 and 2022.

Estonia, although just another country on his list, was the country in which Hektor and Anastasiia not only earned a silver medal, but made figure skating history.

When I ask the Melbourne-born junior champion what it’s like to win silver in Tallinn, he describes it as nothing short of “incredible”.

“It was an amazing feeling at the time. Very proud and happy. I was proud of Anastasiia, myself and my coaches. Being there with them and having this achievement all together was a very nice experience” , he said.

Anastasiia accompanied Hektor on the Zoom from her home in Sydney, beaming from ear to ear and sporting a jacket embroidered with the Commonwealth coat of arms.

She admits winning was a whirlwind and she “didn’t really understand what was going on”.

“We had the medal ceremony of course, but it wasn’t until I got home in the evening and phoned my mum that I was like ‘oh, I just finished second of a world championship!'”

Anastasia tells The Greek Herald that she fell in love with ice skating at the age of one while watching her three-year-old sister skate in Moscow.

As for Hektor, he took me to the town of Penrith, in Sydney’s Greater West, in 2010, where he and his siblings attended a public ice skating session.

“After that, my older brother and sister wanted to try classes, so we all went to try classes. My older sister said ‘No, it’s not for me’, my brother and I skated together for a little while, but he stopped and here I am 12 years later,” he says.

By “here,” Hektor is referring to a trip that saw him spend half a decade traveling between Australia and Russia to train in pair skating.

“I skated alone for seven years, then in 2017 I went to Russia to try pair skating. I have been skating with Anastasiia for a year and a half now,” says Hektor.

Hektor and Anastasiia are only at the start of their four-year campaign to represent Australia at the 2026 Winter Olympics in Italy, however, at the moment their focus is on Anastasiia who is taking her ninth grade exams. year in Moscow.

During competitive seasons, the pair have 10 on-ice sessions a week – sessions Hektor describes as physically and mentally demanding.

“You have to be extremely fit and I also have to be able to lift it over my head and throw it all over the place, so you get the physical sense of it. But it’s also very technical – you have to know what you do and be able to correct a small mistake at the time, otherwise you end up on your back,” he says.

While struggling with the high risk and physically demanding nature of the sport, Hektor says there are still gendered assumptions that figure skating is a “wuss sport”.

“Overseas you don’t really understand that, it’s more in Australia that people say ‘play rugby’ but I haven’t had any real challenges with that,” said the silver medalist.

“To anyone who thinks like that, I would say try first because it’s a tough sport.”

After completing their exams and given the Russian-Ukrainian conflict, the duo will meet in Belarus in June to resume training for the competitive season starting in August.

As exams will soon be over for Anastasiia, she explains that the upcoming season is her “vibe”.

“I love competition, it’s so much fun for me,” she says, which Hektor agrees “Competition is a big challenge but also gives you a huge adrenaline rush – it’s a great feeling. ”

As the zoom interview expires in 60 seconds, I hastily ask Hektor what advice he has for anyone looking to tread a similar path to him: “take risks, get out of your comfort zone – try everything and do not hold back”.

Orange Credit announces the launch of a low-interest loan