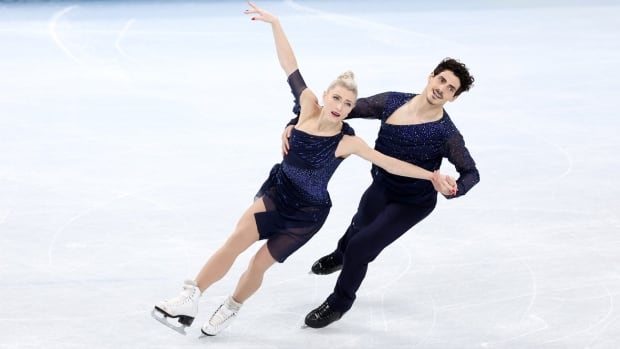 Piper Gilles and Paul Poirier had been competing under a COVID-19 cloud for the better part of two seasons – of worrying about getting sick, of competing in front of no fans, of not being able to compete at all.

Canada’s world ice dancing championship bronze medalists said those tough two years played a part in their decision to come back and compete for at least one more season.

Gilles and Poirier are attending Skate Canada’s first real training camp in three years this week in Mississauga, Ont., and there’s finally a sense of normalcy that all the skaters have said they feel.

“Being in the worlds [last March in France] and then doing ‘Stars on Ice‘ for a month, it was really the first time in two years that we could skate for an audience. . . you really forget how good it feels,” Poirier said. “So that certainly factored into our decision.

“More than anything, the second half of last season was really tough, it was really stressful, even just the stress of trying not to get COVID, especially during the national championships and before the [Olympic] Games,” he added. “It had an emotional impact. We came to the end of each performance, and it was almost this weird feeling of relief from the enjoyment of living at that time. It really wasn’t the fullness of competition and performance that we’re used to feeling.”

Ice dancers Piper Gilles and Paul Poirier finished within eight points of the podium at the World Figure Skating Championships.

Hit hard by the pandemic

Canadian figure skaters have been among the athletes hardest hit by COVID-19, with most of their competitions canceled in two seasons. Of the few competitions they have entered, most, including the Beijing Games, have been played in front of few or no fans, which is not ideal in a sport that is as much an art as it is a skill. Athletics.

“More than anything, what we want to capture this season is to get to the end of every competitive performance and really feel like we lived it and enjoyed it, and really compete again on our terms,” said Poirier.

Messing’s decision to stay on for another season was also partly driven by the pandemic. The 30-year-old, who lives in Alaska, tested positive for the virus just before his flight to the Beijing Olympics. He missed the Olympic team event and arrived less than 24 hours before the men’s short program.

“It was probably the biggest challenge I’ve ever had, keeping a positive mind while being in quarantine for those 10 days in Vancouver,” Messing said. “I would start saying things like ‘if’ we get there, or ‘if’ we go, if this, if that, and my trainer Ralph [Burghardt] said ‘No, stop saying ‘yes’.

Messing said he would like the chance to compete at the World Team Trophy next spring in Tokyo before retiring. He also wants to participate in what will be his 20th national championship. And he wants to be able to say he landed a quadruple Lutz in competition at age 30.

Messing, who enjoys performing in front of crowds, is also happy that the days of empty arenas are behind him.

“We kind of turned that part off in our mind, because what are you going to do about it? There’s nothing we can do. So don’t focus on it. We’re here to do a job,” Messing said. “And it kind of hit us [with the crowd at the world championships]: ‘Oh, that’s nice, that’s what we were missing. And we had a little more joy [competing].”

Messing’s song choice for his short program this season is “Grace Kelly”, by MIKA. The song went viral on social media thanks to the “Grace Kelly Challenge” on TikTok. Messing chose the song, he said, after actors Ryan Reynolds and Will Ferrell’s comedy TikTok compilation got stuck in his head.

“We were grappling with musical choices for the short program,” Messing said, of himself and choreographer Lance Vipond. “We couldn’t find any music. I sent [Grace Kelly] to him as a joke, ‘What do you think of this song?’ He said, ‘Actually, it’s not bad. . . I think I really like it.”‘

Schizas, who shone in the team event in Tokyo on her Olympic debut, felt rested on Wednesday after a welcome offseason. Participating in her first Games followed by the world championships exhausted her.

“And then of course you have three weeks at the Olympics, and the pressure and the stress and the fun of that, and then you’re home and you’re like, ‘Oh, you were right. tiredness.”‘

COVID-19 has entirely erased Stephen Gogolev’s chance to compete in the Olympics. He tested positive upon arrival at the Olympic trials.

“It was quite disappointing, because I was quite prepared for these national championships and I was hoping to get a spot for the Olympics,” Gogolev said.

The 17-year-old is one of Canada’s rising stars. He has landed all five quadruple jumps since he was just 13 years old. But he hasn’t competed at the Canadian Championships since winning silver in 2019, when he was just five-foot-four. He has since been shot down to six feet.

The ISU Grand Prix season kicks off with a sold-out Skate America, October 21-23 in Norwood, Mass.

Canada is still awaiting news of its potential bronze medal in the team event in Beijing. The Canadians finished fourth, but it was later revealed that Russian teenager Kamila Valieva had failed a doping test.