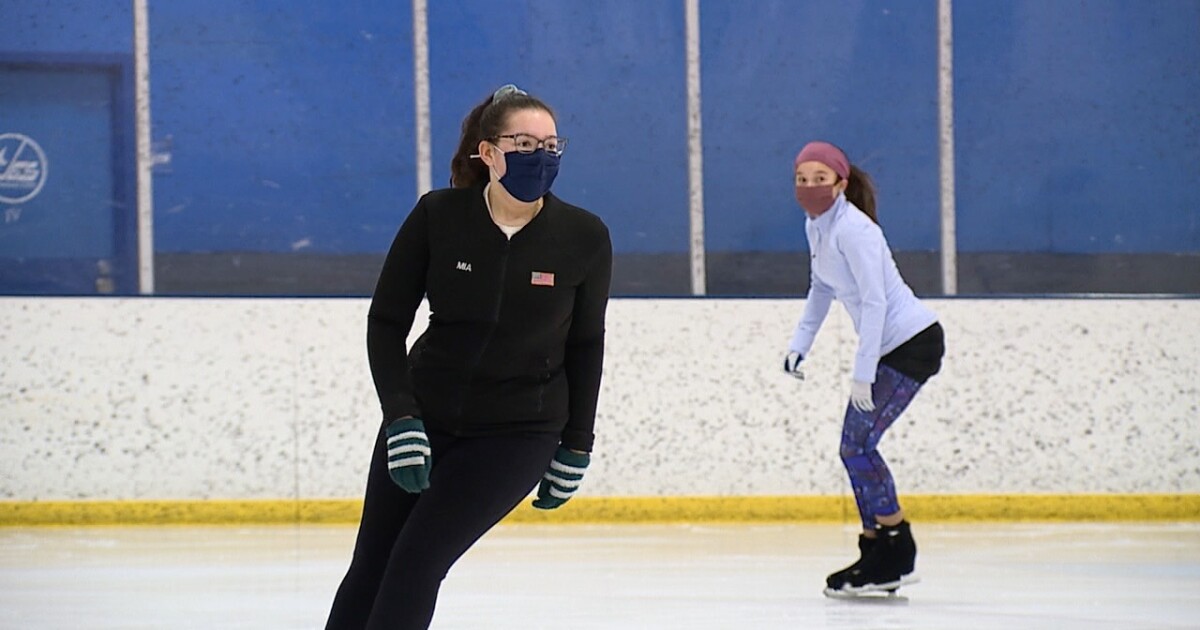 SHAWNEE, KS — When parents enroll their kids in most sports, like basketball or gymnastics, people don’t normally ask if the Olympics are in their future.

But when children start figure skating, this question arises, especially during the Games. Kansas City-area skaters say the hours they spend on the ice are about enjoying the sport, not training for Olympic glory.

Mia Savoy, 15, has been skating since she was 2 years old. She explained what “getting serious” about skating meant to her.

“I skate more, train more and enjoy it a lot more than when I was younger,” Savoy said.

The Olympics are not in his future. And she’s okay with that.

“Now you have to be very young to go to the Olympics if you want to win,” Savoy said. “But I know I like it, and I’m going to try my best to get to the level I want to be at.”

This level may be different for each skater. Sixteen-year-old Lexi Newsom isn’t focusing on competitions halfway around the world as she tries to win the ones she’s currently competing in.

“I think it gives you something to work towards,” Newsom said. “Even though it’s not ‘I want to be on TV or people watching me,’ it’s ‘I want to prepare as best I can for this.'”

But more than that, Newsom described his feeling about the skates as anyone describes a sport they enjoy playing.

“This is the time when I put everything else aside, and I just focus on that, and I focus on how far I can go, and I’ll take care of the rest once I’m out of the way. ice cream,” Newsom said. “There’s something to be said for that.”

Newsom and Savoy both train at Kansas City Ice Center in Shawnee. One of the coaches there, Marina Yeltsova, competed for Russia in the Nagano Olympics in 1998. She tells KSHB 41 that the magic of the Olympics is not possible without skaters who simply love the sport. .

The two young skaters who spoke at KSHB 41 talked about their upcoming years on skates.

“I think I will always skate,” Savoy said. “As long as you like it, keep doing you.”

Newsom said that although his coaches, fellow skaters and rinks change, “the sport itself has never changed”.

But another skater’s love affair with the ice is more about rekindling an old flame.

“You have to love the sport,” Yadrick said. “I never really wanted to give up, and I wonder why I wasted all those years not doing it.”

Yadrick just passed his first test last month and he is already working on the next one. He just uses a little more equipment than his slightly younger fellow skaters.

“When I skate, I wear wrist guards and I wear knee pads, just to keep those older bones intact,” Yadrick said.

He told KSHB 41 that he’s actually broken his left wrist twice since returning to skating, but that didn’t deter him.

“If I can just learn a simple jump before I die, I’ll be happy,” Yadrick said.