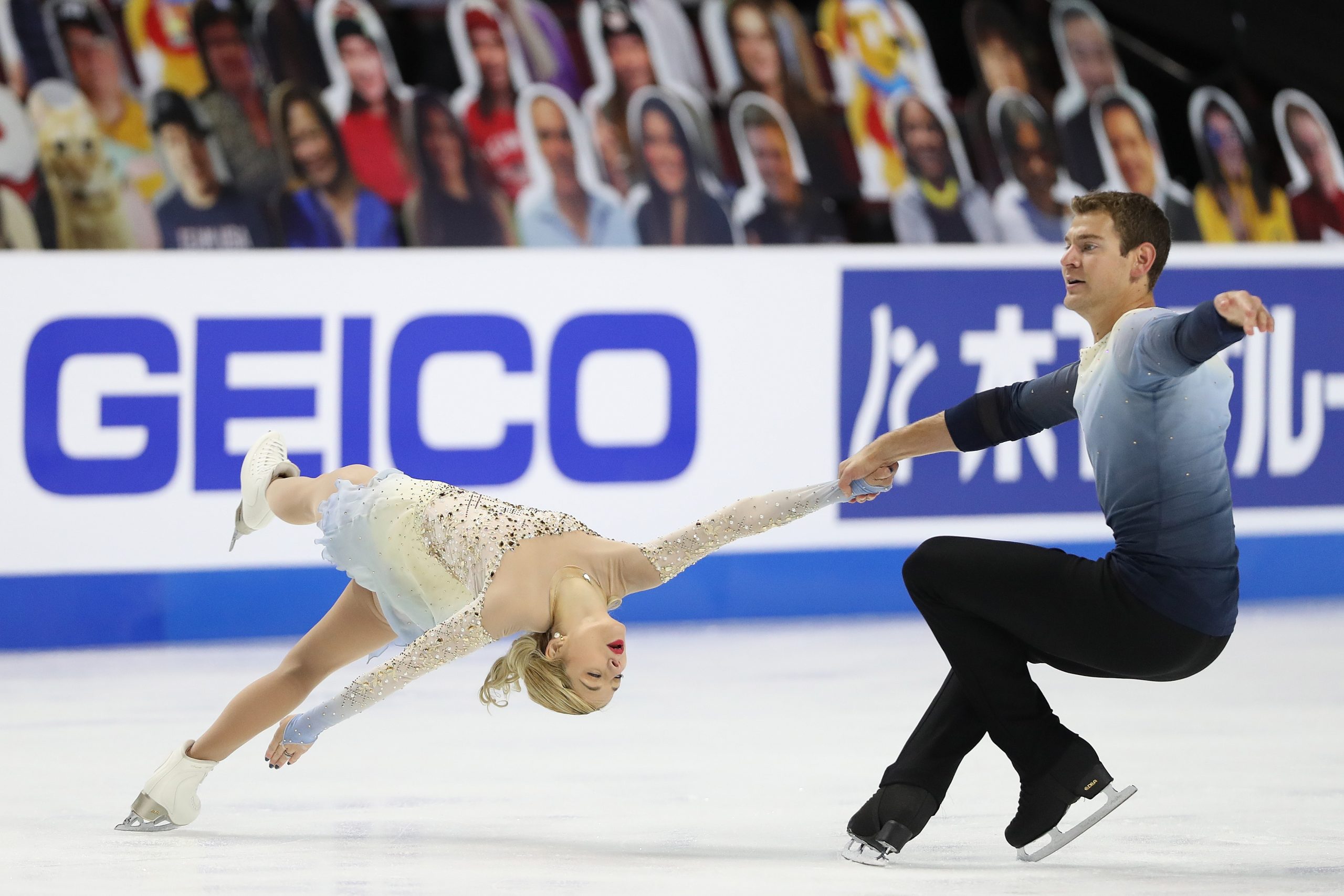 In 2014, music with vocals was first allowed in competition in all disciplines of figure skating, which quickly ushered in a new era of unorthodox performance. Suddenly the vast sea of Swan Lakes and Carmens has become littered with Britney Spears, Prince and even Billie Eilish, all to varying degrees of success. For reasons that I do not know personally, Muse’s proggy compositions continue to gain popularity. (Prior to 2014, music with vocals was used exclusively in exhibition performances, so nostalgic gems like this surprisingly charming Jimmy Eat World moment by Canadian duo Isabelle Brasseur and Lloyd Eisler came into being.)

In 2018, Long Island’s Jimmy Ma, a solo skater not known for his particularly impressive resume, decided to mix things up at the national championships with Lil Jon’s â€œTurn Down For Whatâ€. While he placed 11th overall and was not part of the Olympic team, he went viral, with a reporter Tweeter of the arena that the crowd “went mad when the pace dropped”. Last weekend Ma came back and raised the competitive bar with a cleaner, more subdued schedule on another lukewarm version of a Linkin Park song, “The Catalyst.” Obviously, nu-metal in skating is a fast growing trend that cannot be denied, as are quad jumps and the pre-teen Russian champions.

Linkin Park is great art compared to the worst nu-metal crimes I’ve been forced to see, both on the same harsh, squeaky cover of Disturbed’s “The Sound Of Silence” (of “Stupify” fame ). The first, from Russian skater Dmitri Aliev, still haunts my dreams, and the other, from French duo Morgan Cipres and Vanessa James, remains an insult to Simon & Garfunkel. (Cipres later retired from the sport amid allegations of sexual abuse.)

So what is it that drives an otherwise balletist and melodic skateboarder to venture into the dark and heavy world of nu-metal? At first, the connection seems silly, but it’s easy to see what the two art forms have in common. Either way, the emotional stakes are extremely high. As the late Chester Bennington (RIP) sang: â€œI tried so hard and got so farâ€¦ but in the end it doesn’t even matter. Seems familiar? An elite competitive skater trains his entire life for a brief moment in the spotlight. At 18, female competitors are called â€œveteransâ€; it only takes one fall or one misstep to destroy an entire career and permanently bury hopes for Olympic glory. (And for obvious reasons, falls and crashes are some of the thorniest sports.) In figure skating, like in bare metal, there are very few second chances. Like Mike Shinoda ecstatically rapping through a supernatural wasteland of shattered dreams or Alexa Knierim being launched into the skies in a gravity-defying triple twist, it’s about crossing the pain and doubt to seize the moment.

On Saturday night, Knierim and Frazier solidified their status as America’s most promising rising pairs team by winning their first national championship title (their long program, on a more traditional Andrea Boccelli ballad, was still pretty metal. ) Operas and ballets will continue to appear in skating – this is what judges of this decidedly subjective sport tend to prefer. But the main props should go to any athlete who attempts to challenge the status quo in such a conservative white-collar sport – a sport in which racism has, for a long time, been completely and unfairly unchecked. Twenty years from now, will we see the next generation of skateboarders slip into sparse and watered down arrangements of Chainsmokers songs? Or will the World Championships in March offer a dynamic rendition of System Of A Down’s “Chop Suey”? May be. Until then, I will continue to enjoy all types of performances from these brilliant athletes, be it Puccini, nu-metal, or whatever.