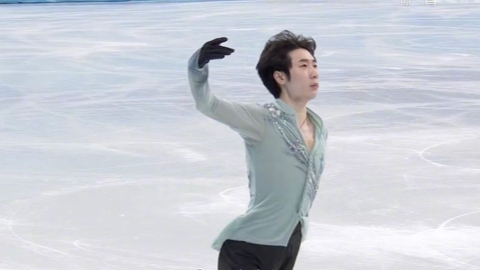 Figure skating became the most searched buzz when the team events started on Friday.

It is not only because of the thrilling and outstanding sports performances combining skating and dancing, but also because of the growing interest and pride in the elements of traditional Chinese culture.

As the elements are more and more deeply ingrained in the minds of Chinese Olympians and millions of spectators, Chinese skaters draw their artistic inspiration from traditional Chinese painting, famous film theme music and many other aspects.

Having used the same music when he competed in the PyeongChang 2018 Winter Olympics, Jin said this time around it was more meaningful when he was competing in his home country.

“As a Chinese athlete, I feel even more comfortable when I dance to the theme ‘Crouching Tiger, Hidden Dragon’ and fully showcase the piece of music representing China,” he said. he declares.

Jin Boyang is competing today in the men’s short program of the figure skating team event.

Wearing green and blue outfits, resembling the colors of traditional Chinese painting, for the free skating segment of their figure skating, the pair wowed viewers around the world.

Liu’s blue outfit resembled a mountain landscape, and Wang’s green skirt reflected the water running through her as they practiced on the ice rink. 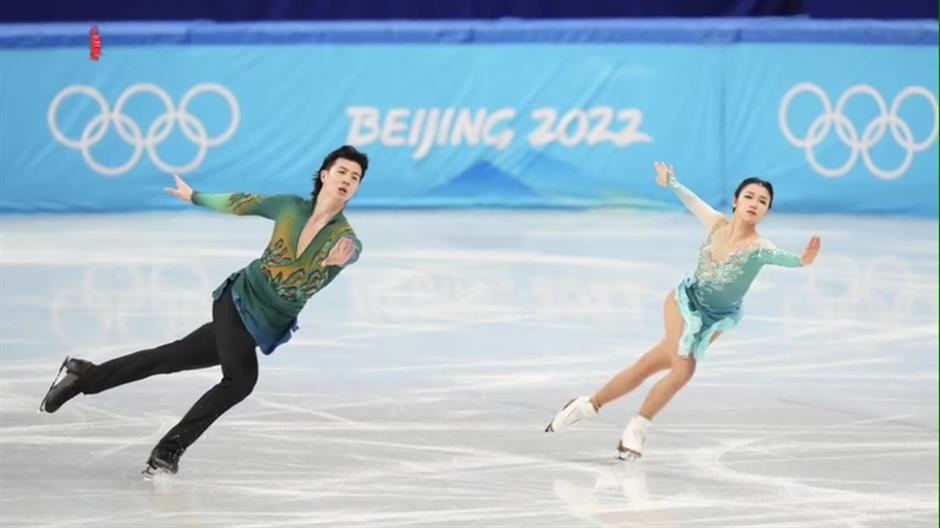 “We would like the outfits to fully represent the grand scenery of our home country,” Liu said.

An all-female ensemble of young dancers, led by Meng Qingyang, already captured the hearts of millions of viewers at the Spring Festival Gala earlier this week.

Their poetic dance, “The Journey of a Legendary Landscape Painting”, highlighted the aesthetic of traditional blue-green shanshui (literally “mountain-water”) painting.

Dance performance “The Journey of a Legendary Landscape Painting” in the Spring Festival Gala.

The “Qinglv,” or “blue-green,” elements have since made headlines for their captivating resemblance to a Chinese natural landscape.

This genre of painting was famous for the use of blue and green mineral or vegetable dyes as primary colors to depict large landscapes and natural landscapes.

Online commentator Joey said he got goosebumps and tears in his eyes after watching the dance.

“Words cannot describe this beauty from my perspective,” he noted.

The ideas and aesthetic elements of China Oriental Performing Arts Group’s gala dance were evoked from the famous painting “A Panorama of Mountains and Rivers”, the blue-green archetype shanshui style work by Wang Ximeng in the Song dynasty (960-1279).