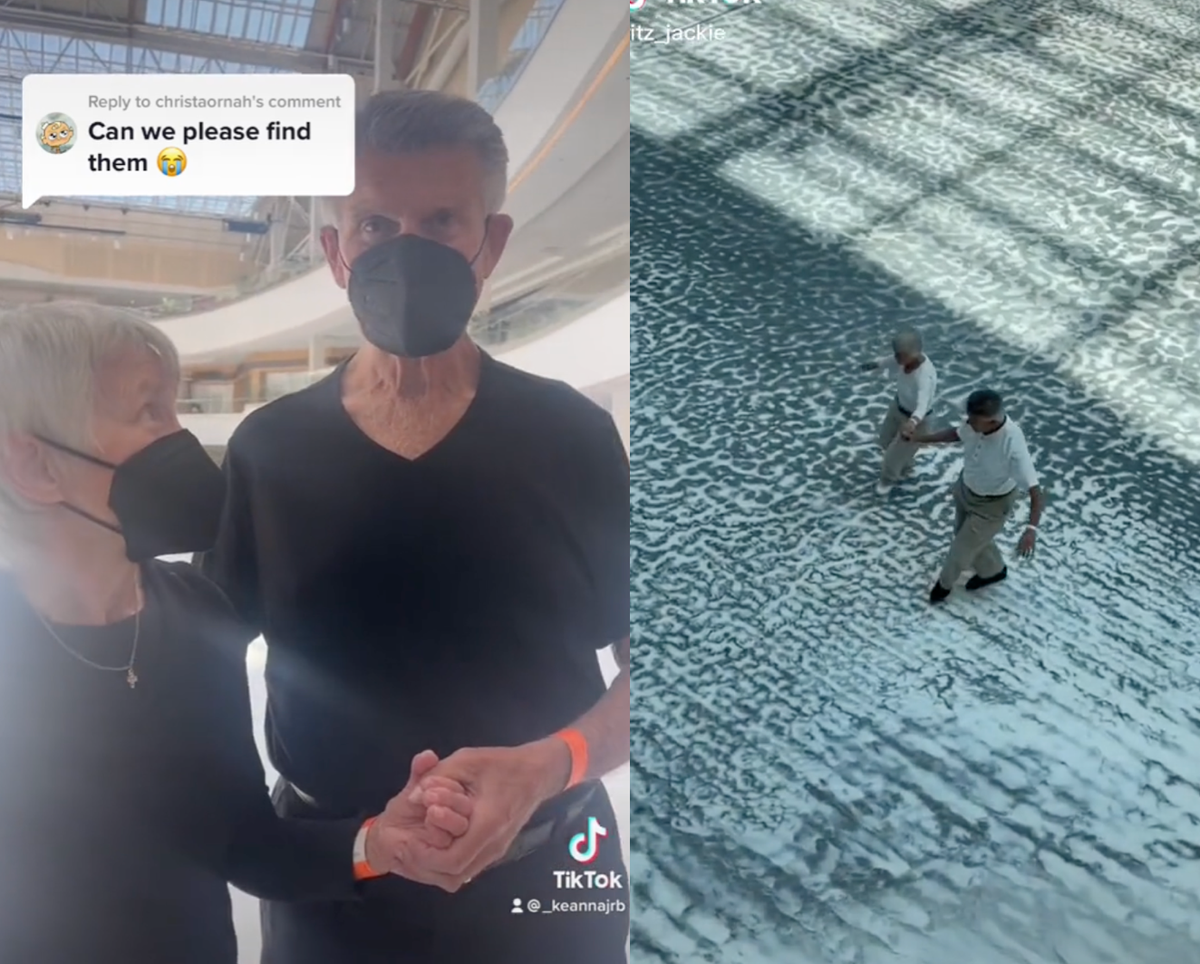 An elderly couple’s coordinated routine on a skating rink recently went viral on social media, and their reaction is arguably the healthiest thing you’ll see all day.

In a recent video shared on TikTok, Jackie, @itsz_jackie, documented a man and woman skating from afar on an indoor rink. The poster jokingly set the clip to lil Shordie Scott’s song “Rocking A Cardigan in Atlanta.”

Jackie praised the couple in the caption, writing “so cute”, along with the hashtags, #goals and #oldcouplegoals.

As of July 14, the video has over 5.5 million views, with Jackie noting in the comments that she saw the pair skating at the Lloyd Center mall in Portland, Oregon.

TikTok users in the comments also praised the skaters and expressed how they wanted to find them.

“Matching cuts and fades love it,” one wrote, while another said, “they’re smooth as shit.”

A third person added: “They were probably figure skating partners years ago.”

Other viewers have claimed to have seen this couple skating together, on several occasions.

“Omgg every time I go,” one wrote. “Every year they skate together and I love to sit and watch them. It’s so memorizing.

In response to the comment, Jackie reposted the video to Cole’s song. Since then, Jackie has reposted the viral clip with various romantic songs, including Brenton Wood’s “I Like The Way You Love Me”, Natalie Cole’s “This Will Be (An Everlasting Love)” and Michael’s “Married Life”. Giacchino.

Jackie then shared another video, which was filmed by TikToker /@_keannajrb, to reveal the couple’s reaction to going viral.

The couple, whose names are Tally and Gerry, could be seen holding hands on the ice rink and looking at someone’s phone as he streamed TikTok videos of them.

In the clip, Gerry confirmed that the song he always plays when skating with his wife is “LOVE”, before the duo acknowledged how TikTok videos have “a lot of likes” and ” views”.

After thanking viewers for sharing so many clips of them, the couple officially introduced themselves and detailed how long they’ve been skating together.

“This is my wife Tally, and I’m Gerry,” he said. “We skated on different rinks, but we’ve been at the Lloyd Center for 54 years… We’ve been married for 50 years.