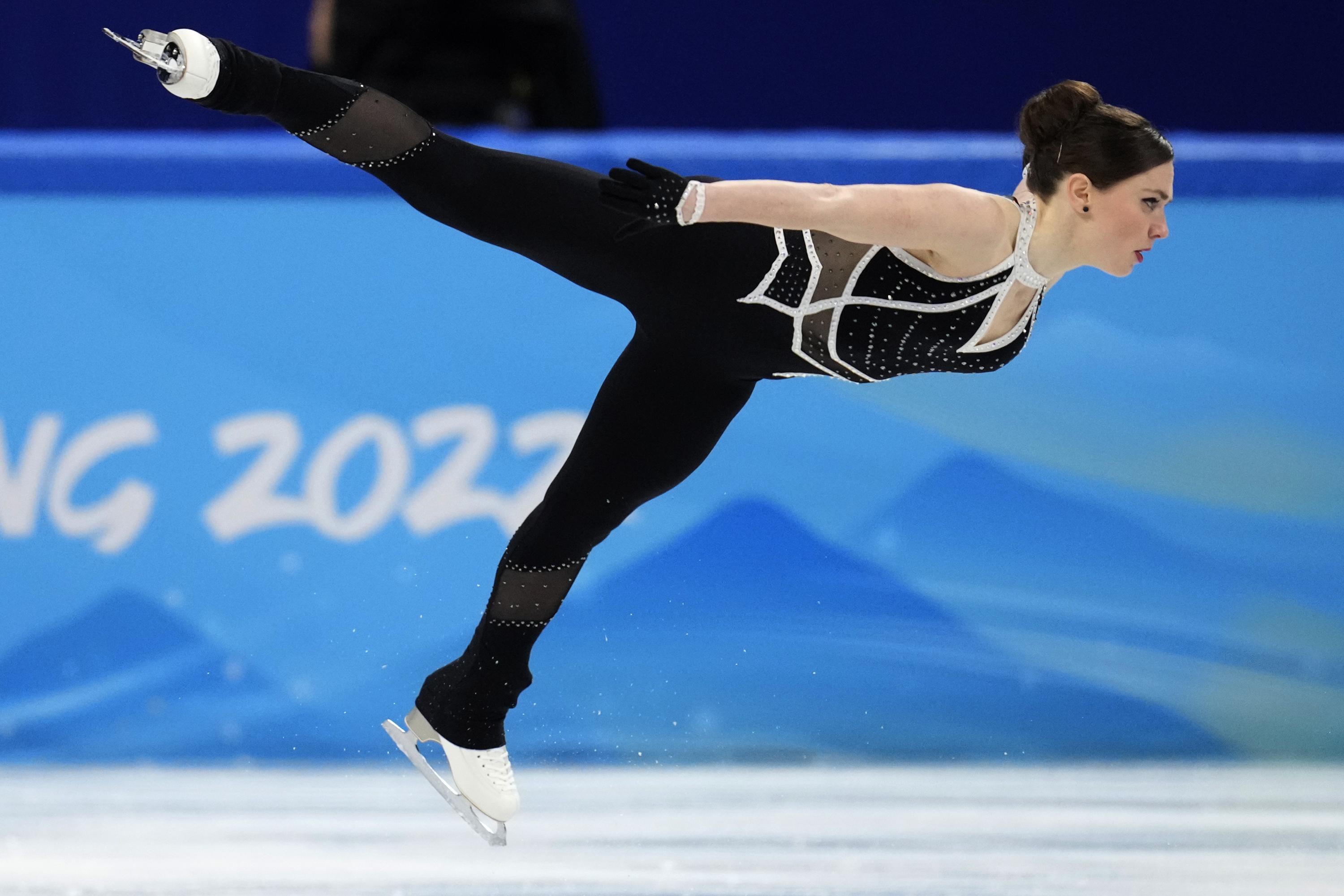 Despite the relaxation of the rules, few figure skaters choose pants

BEIJING (AP) — She wore the pants. And that day, she was the only one.

In a dramatic black piece that looked classic Audrey Hepburn – white accents and rhinestones, a high bun, smoky eyes – Swedish figure skater Josefina Taljegård stood out on Tuesday as the only athlete in a group of 30 who wore pants for the program short on the first day of the major women’s figure skating competition of the Beijing Olympics.

“I chose it because it matches the music, and also because I feel very strong and confident in this kind of clothing,” Taljegård said.

Although women in singles and pairs competitions have for years been free to don pants in their performances, few opt for pants during the most demanding competitions such as the Olympics.

Here, the ballerina aesthetic of flowing skirts, pastel colors, sparkles and sequins continues to dominate alongside the classical music that is synonymous with the traditional look of women’s figure skating.

“Even a rule change won’t necessarily change cultural expectations if it’s a core part of scoring,” said Cheryl Cooky, an author and Purdue University professor who studies gender and sport. “People here – especially the judges – know that what they find aesthetically pleasing is somehow wrapped up in a feminine image.”

Although there was a bolder step and more quirky music at the Capital Indoor Stadium during these Olympics, the artistic choices of the women’s competition have so far proved to be less progressive both in music and in costume.

This contrasts with women in ice dancing – one of the four figure skating disciplines at the Beijing Games – where there was a critical mass of women wearing pants after a change in performance rules. On the first day of this competition last week, six out of 23 women – more than a quarter of them – wore pants for their rhythm dances.

They all reverted to more standard outfits two days later, for the free dance that determined the medals.

Russian ice dancer Victoria Sinitsina wore an all-black outfit with a sparkly one-shoulder, midriff-baring top with skin-tight, hip-length pants that gave off a 90s New York model vibe. And it matched the performance that she performed with partner Nikita Katsalapov on “Brick House” by American funk and soul band The Commodores.

“It brings something different because girls usually wear dresses, skirts,” Katsalapov said. “The music for this year’s rhythm dance, it allowed us to make costumes like that, with pants for the ladies. And it looks sexy and beautiful too.

Along with comfort, practicality and a chic look, pant skaters said they see it as a way to match their male partners, as well as align with this season’s music. The International Skating Union chose “Street Dance Rhythms”, with style options such as hip hop, disco, swing, krump, popping, funk, jazz, reggae, reggaeton and blues.

“I was actually a little nervous about wearing pants this year. It’s something I’ve never done before,” Gilles said. “We were always told to wear skirts , so it’s kind of fun to be able to get out of that.”

While few figure skaters wear pants in competition, almost all do during practices.

“You don’t have the weight of the skirt, like when you roll over and stuff, and it feels more like practice because in practice I only wear pants. So I find it, I think, (it’s) more comfortable,” said Marjorie Lajoie, a Canadian ice dancer who wore a black leotard accented by a teal-colored frill shaped like a belt in a nod to Hollywood red carpet glamor in her Rhythm dance performance “Funkytown” “You shouldn’t have to wear a skirt.”

Cooky said there are parallels between figure skating, golf and tennis – all sports where women are traditionally seen competing in skirts, skorts or dresses. The outfits of women’s competitions become culturally imposed gender markers because the sports themselves are practiced identically by their male counterparts.

“There’s still a kind of cultural anxiety around women’s athletics and women’s physique despite the huge strides we’ve made in this space,” Cooky said. “Sport today is sort of the last cultural site where this (gender) difference is both accepted and celebrated.”

The parameters of these sports diverge, however, when considering the subjectivity of figure skating. Half of the scoring is based on how the judges perceive their performance – the music, the costume, the flow, and the general mood.

Perhaps that is why there is no push towards uniform equality in figure skating as was the case last year for the Norwegian women’s beach handball team. These women refused to wear the required bikini bottoms during the European Beach Handball Championships in Bulgaria and instead defied the rules by – and were punished for – wearing shorts like the male players.

Returning to women’s singles competition on Tuesday night, Taljegård said she was not morally against skirts and incorporated all costume styles into her other performances. A skirt that can wave in the air can provide a striking element in figure skating that pants simply cannot match.

Still, the 26-year-old Swede hasn’t worn a skirt to train since she was 12.

“It’s because it’s more comfortable. Sometimes if you want to go to the toilet it’s easier,” Taljegård said. “Where I skate in Sweden, we have a lot of cold rinks. If I skate with just a skirt and stockings or tights that you have under your skirt, it’s usually pretty thin. So for me, it’s definitely more pleasant to have pants.

And while his Olympic showcase featured lightning-fast spins and music from The Fugees, Taljegård did not advance to the free skate on Thursday night. But there’s no doubt she remains more confident than ever in the skin — and the pants — she’s in.

“I am a mature woman,” Taljegård said. “And I think I look great.”

Seattle-based AP reporter Sally Ho is on assignment at the Beijing Olympics, covering figure skating. Follow her on Twitter at http://twitter.com/_sallyho. More from AP Olympics: https://apnews.com/hub/winter-olympics and https://twitter.com/AP_Sports