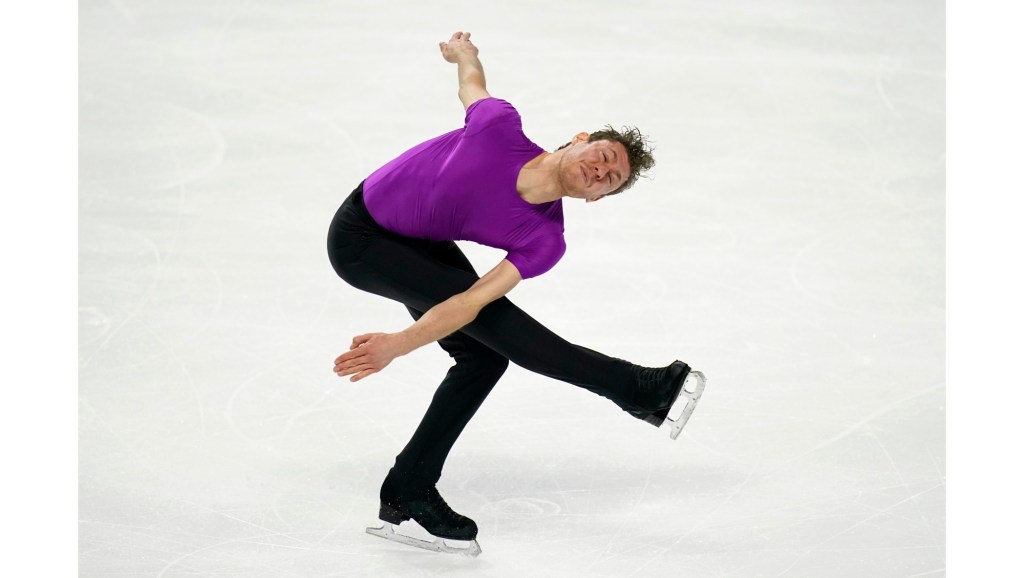 COVID-19 has ‘on edge’ figure skaters heading to national championships

Olympian Jason Brown is one of the most popular athletes in American figure skating.

Under normal circumstances, he would love to hang out, sign autographs and chat with the fans who crowd the arena mezzanines and hotel lobbies. But Brown is not staying at the official hotel for this week’s US Figure Skating Championships in Nashville.

His parents also rent a car so he can avoid official and public transport to and from the Bridgestone Arena and local practice rinks.

“I’m as bubble in my own capacity as can be,” Brown said, “and the rest is what it is.”

With the omicron variant increasing COVID-19 cases in Nashville, U.S. Figure Skating officials have taken extra precautions to protect athletes and spectators attending the event that will determine who will represent Team U.S. for the Olympics in next month in Beijing.

“I’m just going to do my part to be as safe as possible,” said Nathan Chen, who is aiming for his sixth straight U.S. title this week and then Olympic gold next month. “I was triple vaccinated. I will wear my mask wherever I can. We know the situation will change. So I have no idea what’s going to happen, but right now my focus is still on preparing as best I can for Nationals and trying to stay safe in my own bubble.

USA Figure Skating announced last week that all spectators over the age of 5 will be required to show proof of vaccination, or a negative COVID-19 PCR or NAAT test taken within three days of entering Bridgestone Arena for each session. paying.

USA Figure Skating also canceled popular autograph sessions with fans and restricted access to the practice rink to accredited people only. For those with credentials for the event – ​​athletes, coaches, judges and media – it means navigating a pleasant but strict assembly line-like process just to get in. There are waivers to sign, vaccination cards to show, negative test taken within 72 hours of receiving credentials, and agreement to test again four days after arrival.

American speed skating has gone even further. This week’s Olympic trials in Milwaukee will be held without spectators or media, a decision that was made on Monday, just two days before athletes began vying for their places in the Beijing team.

Brown recalled a recent conversation he had with his coaches.

“‘Guys, I’m feeling on edge right now,'” Brown recalled telling his team. “Which I bet a lot of people are right now.”

“I’m not going to lie,” said Olympian Karen Chen. “I’m a little concerned about this, but I know that USA Figure Skating is doing everything it can to protect us, all skaters, all coaches.

“But yeah, I mean with the new variant that’s come out, it’s definitely kind of scary. I know it definitely does the trick. So all we can do is sanitize our hands a lot, wear our masks and hope for the best.

American couples champions Alexa Knierim and Brandon Frazier pulled out of competition on Wednesday after Frazier tested positive for COVID-19 earlier in the day. Knierim said they will petition a selection committee for one of two duo spots on the Olympic team.

The International Skating Union, the sport’s international governing body, canceled both the Cup of China, a Grand Prix event in November, and the Grand Prix Final in Osaka last month due to concerns over the COVID-19.

“It’s been a crazy year for all of us,” Chen said.

There have been international competitions without fans or with spectators limited to family members.

“I’ve been to several different events now with different bubble variations,” Brown said. “Bubbles with cardboard cutouts” replacing fans in arenas and events “where my parents attended but I couldn’t interact with them.”

Brown is favorite to claim one of the three spots for Beijing. But even though he’s on Team USA, he’s not free at home.

Brown is training in Toronto and fears he won’t be allowed to return to Canada due to COVID-19 restrictions and may have to train for Beijing near his native Chicago.

News services contributed to this story.