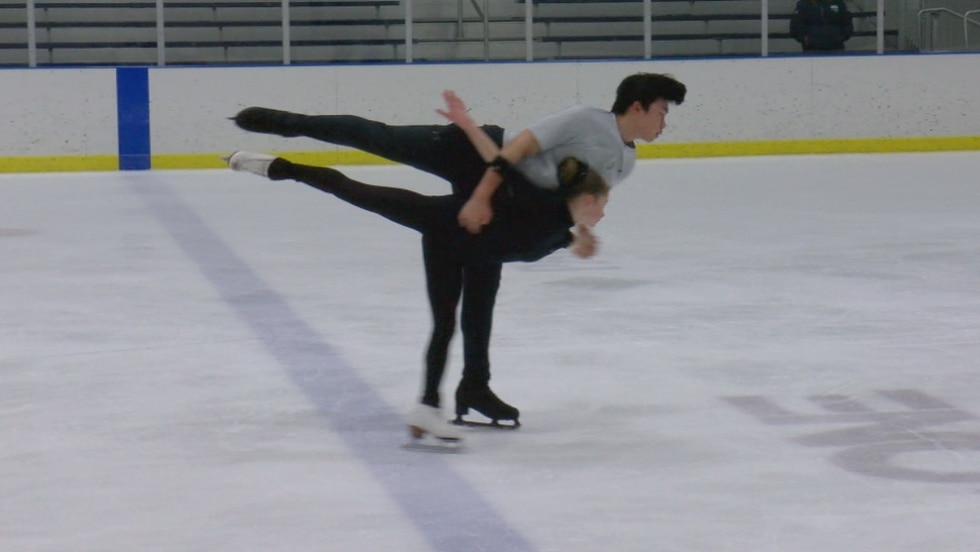 FORT WAYNE, Ind. (WPTA) – Winning Olympic gold in 2026 is one of the goals of two Fort Wayne figure skaters.

Cayla Smith and Andy Deng have been a team for about two years now. It started at a young age for both of them and they say they love the sport so much.

“That would be pretty crazy. I mean, it’s been my dream since I started and working until it would be really cool to make it happen,” Smith said.

“Honestly, it would be a really good experience to kind of say, ‘I went to the Olympics’.” That’s pretty cool, Smith said.

Over the next four years, they say it’s going to be hard work.

“Being consistent with triple twists, triple throws, triple jumps, all so we can be competitive,” Smith said.

“I would say twists where I throw it over my head and have to catch it, then it takes a lot of strength and coordination, so it’s hard to get it right most of the time,” Deng said.

Smith says that in just two years she skated in Fort Wayne, she’s grown a lot. With the help of his coaches and Deng, and that growth will continue until the day they bring home the gold.

“To make all these friends through sport and of course all the accomplishments through sport that we’ve made nationally and all of that is pretty rewarding,” Smith said.

Deng and Smith say they placed in the pairs final in Allen, Texas in 2020 and also took first place in 2021 at a virtual event around the world. They say there are quite a few steps to reach the Olympics, but that won’t stop them from hoping to win gold in 2026.