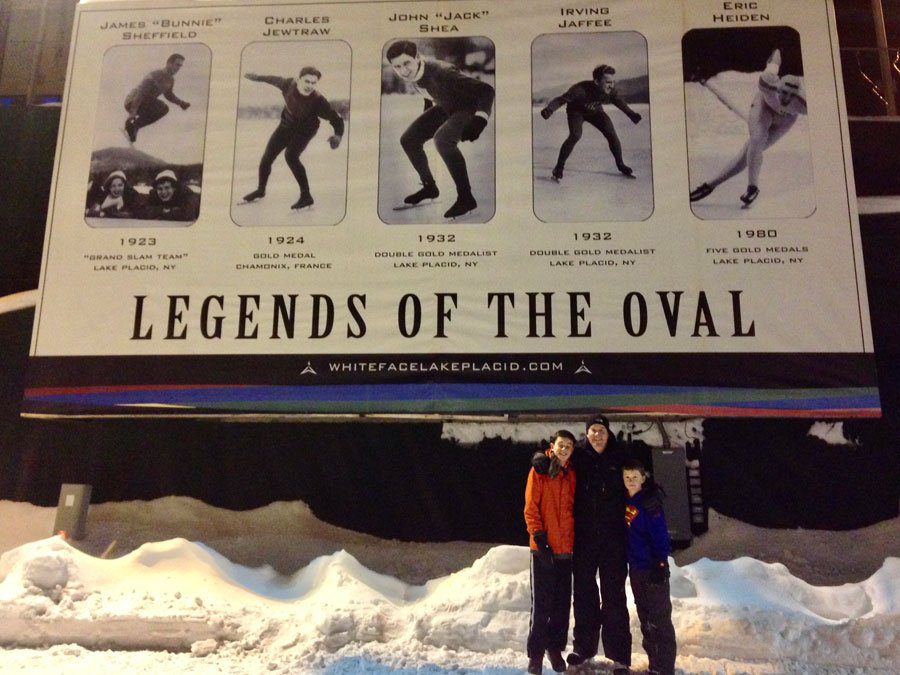 Bones, metals and medals: understanding the history of ice skating –

The lighting of the torch in Beijing on February 4 marked the start of the XXIV Olympic Winter Games, where many athletes wear ice skates as they compete for medals in figure and speed skating and hockey ice. While many people will watch these talented athletes on TV, others will brave the weather and head to the local pond or outdoor rink to pass the puck or just skate in the cool winter air.

The outdoor skating rink in the Adirondack Village of Long Lake is such a place.

When my two sons were young, we left the warmth of the family camp in Long Lake to go skating after supper. It was a short drive from the Mount Sabattis recreation area, near the center of the village. It included a hockey rink, a heated cabin and a toboggan run. An interior wall was lined with rental skates of various sizes neatly stored in lockers. The air inside was heavy with freshly baked popcorn, hot chocolate, and sweat – an odd combination. Outside on the ice, a solitary puck was tossed to a cacophony of claps of hockey sticks, clacks and scrapes of metal blades on the ice and young voices clamoring for the puck. After a few hours of hockey, the boys were exhausted and ready to head back to camp. Outdoor rinks like this offer an antidote to cabin fever and a place to kindle warm memories.

Ice skating, as we know it today, dates back around 4,000 years in northern Europe. In countries such as Finland and the Netherlands, the rib, leg or hock bones of oxen, elk and reindeer were used as the first “ice skates” known as “runners”. ‘bone “. Word skate is derived from Dutch schaats i.e. the leg or hock bone. A hole was made at each end of the bone through which a leather strap was laced to secure the bone to the bottom of the foot. These bones were well suited for sliding on ice because they were flat on two sides and also loaded with fatty oils that reduced friction on the ice. These early skaters used a long metal-tipped wooden pole as a means of propulsion and reached an estimated top speed of 5 miles per hour. 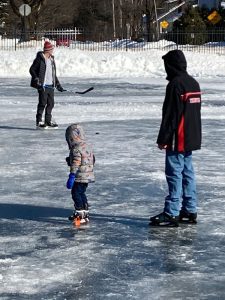 Fast forward to the 13th and 14th centuries when wood replaced bone for the runner, and in 1572 the first iron blades were introduced by the Dutch. With metal blades, the skater could dig into the ice and move forward without the need for a stick, and the concept of the modern ice skate was born. The country considered the birthplace of ice skating may be debatable, but it’s likely that migrant Scots brought skating on iron blades to North America in the 1700s.

Ice skates even played a role in warfare in the Adirondack Mountains of New York State during the French and Indian War. In 1757, Major Robert Rogers, of Scots-Irish descent, ordered scouts to skate across Lake George to reconnoitre the area in preparation for the well-documented “Battle of the Snowshoes”. (Apparently, fighting on ice skates would have to wait for the invention of ice hockey.)

Skate technology continued to evolve until the mid-19th century in the United States when Philadelphia businessman Edward W. Bushnell made the first steel skate that could be attached to a shoe. Soon after, the blade was permanently attached to the bottom of a high leather boot which provided more stability and control. This advance directly led to ice skating as an organized competitive sport.

Lake Placid, New York, the only venue in North America to host the Winter Olympics twice, has had its share of memorable competitions on the ice. In 1932, Lake Placid native Jack Shea won gold in speed skating and was the first champion to step onto the new 3-tier podium first introduced at those games. (Jack’s grandson, Jim, won gold in skeleton 70 years later at the Salt Lake City Games.) Spectators at the third Winter Games saw Norway’s Sonja Henie win the medal in gold in figure skating. In 1980, American speed skater Eric Heiden won an unprecedented 5 gold medals, and who can forget the well-told story of Herb Brooks’ gang of underdogs beating the Russian juggernaut on their way to gold in the legendary “Miracle on Ice”.

Ice skate technology has certainly evolved since the days of the bone runners, but the idea of ​​strapping blades to your feet and hitting a pond or frozen rink still holds a warm and familiar place. in the hearts of recreational skaters and Olympians. .

Top photo: The author and his two sons on the Olympic speed skating track in Lake Placid in 2014