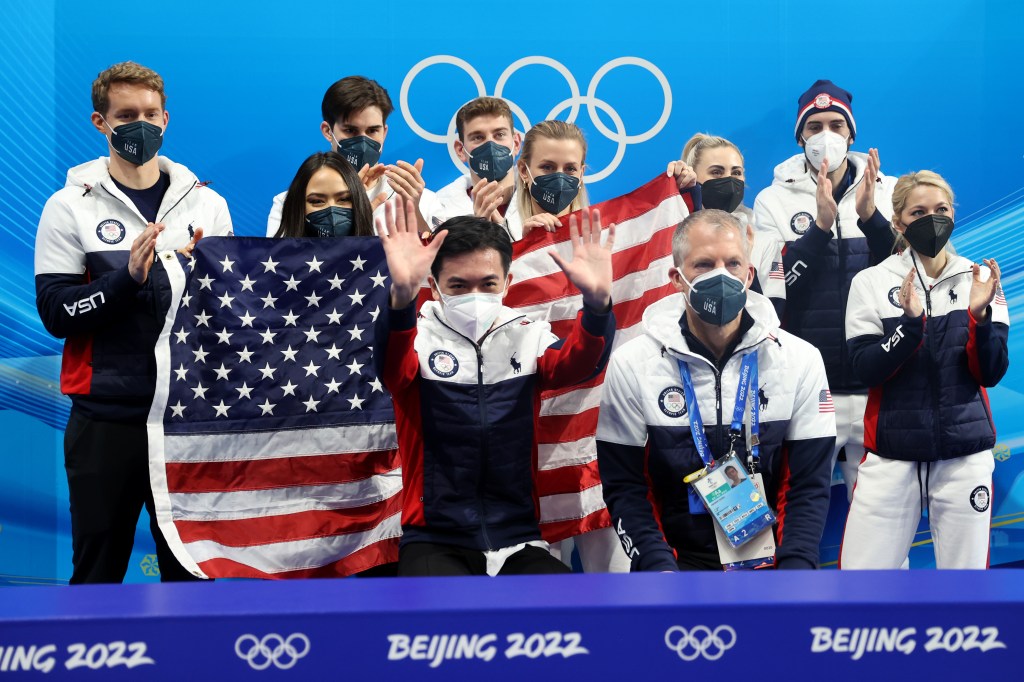 Karen Chen and Vincent Zhou have been on the road for months, first for the normal figure skating season, then for the Olympics and now for the Stars on Ice tour.

But at the end of the tour, the Bay Area figure skaters will have a show for family and friends at the SAP Center in San Jose on Sunday afternoon.

Chen and Zhou were two of six skaters who helped the United States win silver in team skating at the Beijing Winter Olympics in February, and they grew up skating in the Bay Area.

Chen, who was born and raised in Fremont, and Zhou, born in San Jose and raised in Palo Alto, are two-time Olympians, having competed individually at the 2018 Pyeongchang Olympics before Beijing. Chen also competed individually in Beijing and finished sixth to the Zhou who was expected to do the same, but a positive COVID test forced him to withdraw.

Chen said she will have “at least 20 to 30” friends and family in attendance, and Zhou also said he is planning more than a handful of tickets. It will be a particularly relevant homecoming for both, as they each live and train full-time in Colorado.

But with the Stars on Ice tour coming to an end, with just one week remaining after the stop in San Jose, the skaters are now preparing for their future – and possibly the end of their careers.

Another Bay Area Olympic figure skater, Alysa Liu, 16, announced her retirement from competitive skating early last month and recently told the San Francisco Chronicle that her retirement was “the best decision I’ve ever made. plug”.

Chen, 22, and Zhou, 21, plan to take a little break from the daily training that competitive figure skating can demand and will return to college – Chen at Cornell and Zhou at Brun.

Zhou was devastated by being diagnosed with COVID in Beijing, sharing the news in a moving Instagram video from his hotel room. By the end of the Olympics he had accepted it as ‘bad luck’ and now he is looking to his future rather than dwelling on a missed opportunity.

“[I’m] definitely go back to Brown and take a full course load and just plan to fully immerse myself in college life,” he said, “as opposed to doing the ‘one foot in each world’ kind of thing that I did in 2019. It will definitely be different and I can’t wait to fully embrace it.

Chen said she hasn’t set any goals for her future as a skater, describing her mindset as “open-minded” on and off the ice.

There’s also another chance to compete in the US Figure Skating Championships in 2023, which will also be held in San Jose – the third time in the past decade that the SAP Center has hosted the national competition.

Both said they weren’t set on competing in next January’s championships, but Zhou said it would be “really, really special” to compete again in San Jose – the place where they both won. their spot on the 2018 Olympic team.

But if neither returns next year, Sunday could be the last time they perform on Bay Area ice. And the non-competitive Stars on Ice tour allowed for some thinking.

“There are times when I’m on the ice and the practice is tough, or I’ve had a tough competition and it’s like the end of the world,” Chen said. “Then I step back and I’m like, ‘Oh my God, baby Karen would be so proud of where you are right now, because you’ve been through so much that you’ve had, you’ve had this resilience, you overcame so many obstacles.

And, for two kids who grew up idolizing former Bay Area skaters like Kristi Yamaguchi and Brian Boitano, being on the other side of that relationship means the world.

“Realizing that I’m the one these kids look up to now, it’s my responsibility to plant that little seed of inspiration in them, so that one day maybe they can grow up and achieve great things – just like people like Brian did it for me,” Zhou said.

“If I can be that person for a little kid on Sunday, then my skating trip will have come full circle.”

The icing on the cake: the “Stars on Ice” tour offers American figure skaters a special way to cap off an Olympic season