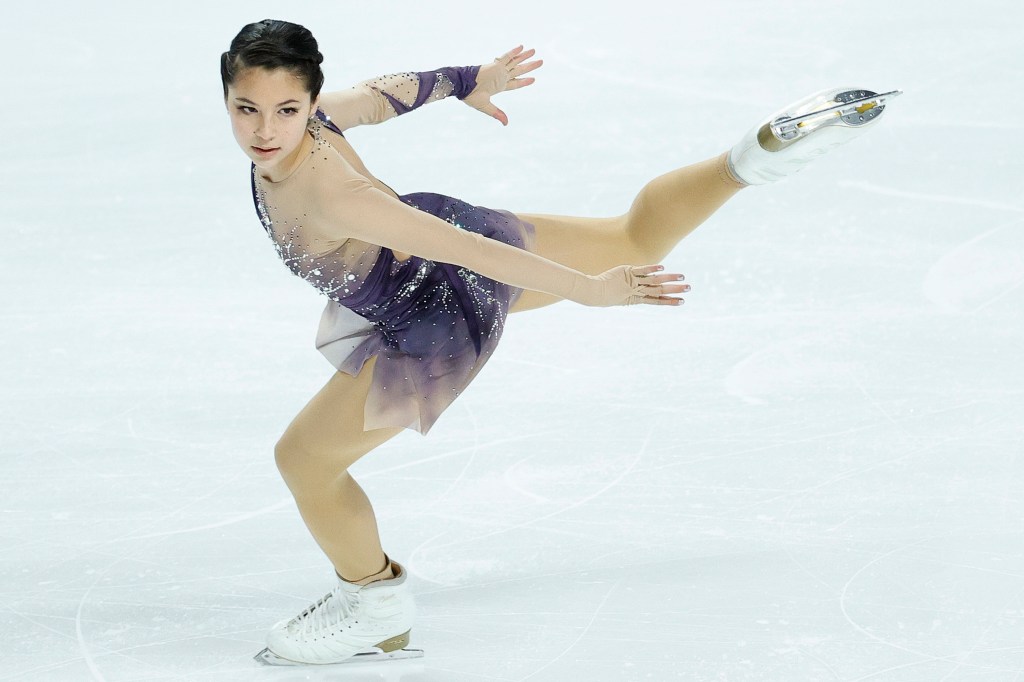 We’re just days away from kicking off the 2022 Winter Olympics in Beijing, where the Bay Area will see five athletes born and raised here head out to compete.

It’s been less than six months since the closing ceremony of the coronavirus-delayed 2020 Summer Olympics taking place in Tokyo, where dozens of athletes with Bay Area ties competed, and only five months since the 2020 Paralympic Summer Games.

Since then, sports fans here in the Bay have seen the Giants end a sensational season by winning the NL West, the Sharks got off to their best start in a few seasons, the Warriors reclaimed their place at the top of the NBA. and the 49ers are on an exciting ride to the NFC title game.

So you’ll be forgiven if you forgot that the Winter Olympics weren’t just happening, but starting this week, as the Opening Ceremony takes place Friday morning at 4am PT. The first event actually kicked off today, with the first round of mixed doubles curling starting at 4 a.m. PT.

The sport most represented by people in the Bay Area is figure skating, with three skaters tied to the Bay Area. The star figure skater is Richmond native Alysa Liu, who will be competing in her first Olympics at 16. She previously became the youngest U.S. national champion at 13 in 2019, then followed that up with another U.S. title the following year to come back. -flip.

One athlete not listed but with a small Bay Area connection is American women’s hockey star Hillary Knight, who was born in Palo Alto but moved to suburban Chicago at age 5. She will lead Team USA in their bid to win their second straight gold medal and stand up to the Canadians, who had won gold at the previous four Olympic Games in a row.

ALYSA LIU, figure skating
Event: Single ladies
Age: 16 (the youngest athlete on the American team) — Place of birth: Clovis- Hometown:Richmond
club: St. Moritz ISC, Dublin — Coaches: Christy Krall, Drew Meekins, Viktor Pfeifer
Olympic experience: Olympian for the first time
World Championship experience: Was too young to participate in 2019, ’20 or ’21 events
Other Career Highlights: The youngest female national champion in the United States, having won her first crown in 2019 at the age of 13. Also won in 2020, making her the first woman to win back-to-back titles since Ashley Wagner in 2012 and 2013. . was the first junior American woman to land a triple Axel in international competition. . . won his first international competition at the 2017 Asian Open Figure Skating Trophy in Hong Kong before turning 12
Personal: Appeared on Jimmy Fallon’s Today Show and Tonight Show after winning her first US title. . . Eldest of five children, all of whom were conceived by an anonymous egg donor and surrogate mothers. . . Her father, Arthur, an Oakland attorney, emigrated from China in 1989 and raised his five children as a single parent. He graduated from Cal State East Bay before earning his law degree from UC Hastings College in San Francisco. . . Alysa takes classes online and often does her schoolwork from a cubicle in her father’s Oakland office.

BRITA SIGOURNEY, Freestyle Skiing
Event: Half Moon
Age: 31 — Place of birth:Monterrey— Hometown: Caramel
Middle School: UC Davis and Westminster College
Olympic experience: Triple Olympian (2014, 2018, 2022), bronze medalist in PyeongChang in 2018 and sixth in Sochi in 2014
World Championship experience: Finished sixth in 2011 and ninth in 2017, finishing sixth
Other Career Highlights: First in the World Cup standings in the halfpipe in 2011 and 2012; Top 10 in World Cup halfpipe standings in 2014-15-16-17; Silver medal at the X Games 2011 in superpipe; Bronze medal at the X Games 2015 in superpipe
Personal: Started skiing at age 2 and joined the Alpine Meadows freestyle team at age 8. . . Played water polo while in college at UC Davis and was on his high school swim team. . . left Davis to train in Park City, Utah, where she resumed college at Westminster.

Sponsored Content: Personal Loans — Why Should You Get One?