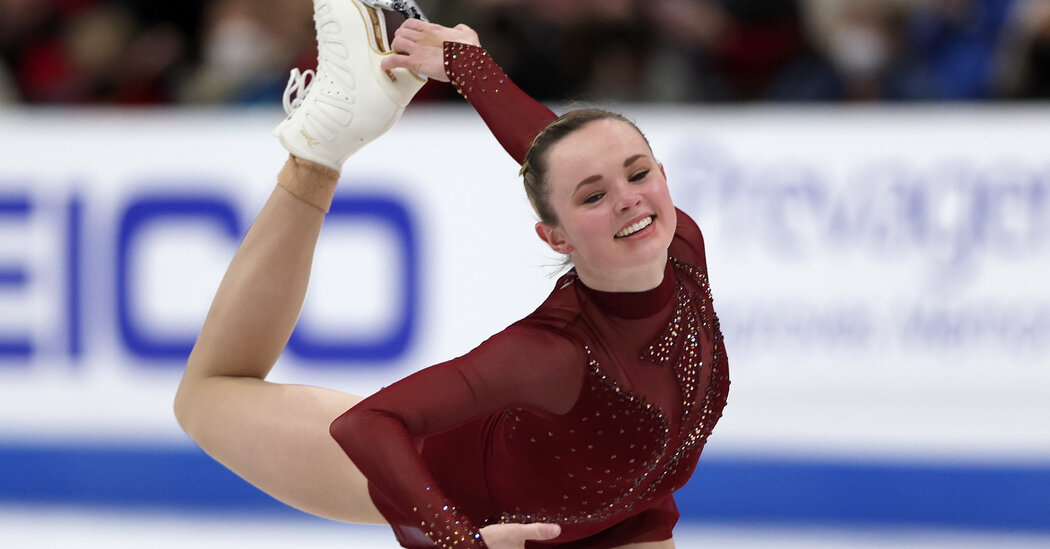 The US figure skating announced on Saturday that the women’s team will travel to Beijing for the Winter Olympics next month. It will include a top contender who withdrew from the national championships this week in Nashville after a positive coronavirus test, a stark reminder of a resurgent pandemic still capable of disrupting sporting events and lifelong dreams.

“Unfortunately, things happen, but that’s how it is,” Alysa Liu wrote on social media after her withdrawal on Friday. A strong performance in the last season on the international circuit, despite the lack of national championships, has helped her solidify her place to compete at the Games. Skaters are selected for the Olympic team based on their work over the course of a year – the US National Figure Skating Championships are not an Olympic tryout event like they are in other sports.

Mariah Bell, 25, whose victory on Friday made her the oldest national singles champion in 95 years, and Karen Chen, 22, a 2018 Olympian who finished second behind Bell, were also named in the women’s singles team.

Liu, 16, is one of at least six skaters who tested positive this week and withdrew from the national championships as the highly contagious variant of Omicron led to a new wave of infections around the world – just weeks before the start of the Beijing Games. Many skaters said they took strict measures, including forgoing private lessons at the rink, to avoid such results.

Amber Glenn, another skater, tested positive and withdrew “big heart” of the nationals, losing what was his last opportunity to impress the Olympic selection committee. At Instagram, she described how she took precautions like social distancing and wearing K95 face masks. She said she initially attributed the first symptoms to nerves or allergies.

Brandon Frazier, who, along with Alexa Knierim, is the reigning national pairs champion, tested positive on Wednesday and withdrew from competition. The US figure skating will announce the two Olympic pairs teams from the United States on Sunday, and Frazier and Knierim said they have applied to be selected for the Games.

However, it is not yet clear how long it will take for potential Olympians battling the virus to feel well enough to skate again or to start testing negative, which only adds to the uncertainty as many athletes are preparing to travel to Beijing soon.

China has already announced elaborate measures to protect itself against the coronavirus reaching its own population or participants in the Winter Games, and to ensure that these two groups have almost no contact with each other. Chinese authorities last month detailed some of the strictest rules yet for its own citizens participating in the Games.

Spectators – who were already limited to residents of China – will be allowed to cheer, but not shout, in support of the athletes. Servers, cleaners and other support staff will not be allowed to leave Olympic venues to visit their families. And any Olympic participant leaving the surrounding area for other parts of China will have to spend at least a week in quarantine, followed by at least two weeks in home isolation.

Foreign athletes, coaches, coaches, referees, journalists and a few others will be limited to a “closed loop” of hotels and sports venues, connected by special buses and trains. Everyone will have to deal with daily PCR testing.

And yet, Chinese officials have acknowledged that they are preparing for the inevitability of the emergence of some infections at the Olympics.

From the ice rink to the Wilkes-Barre public square