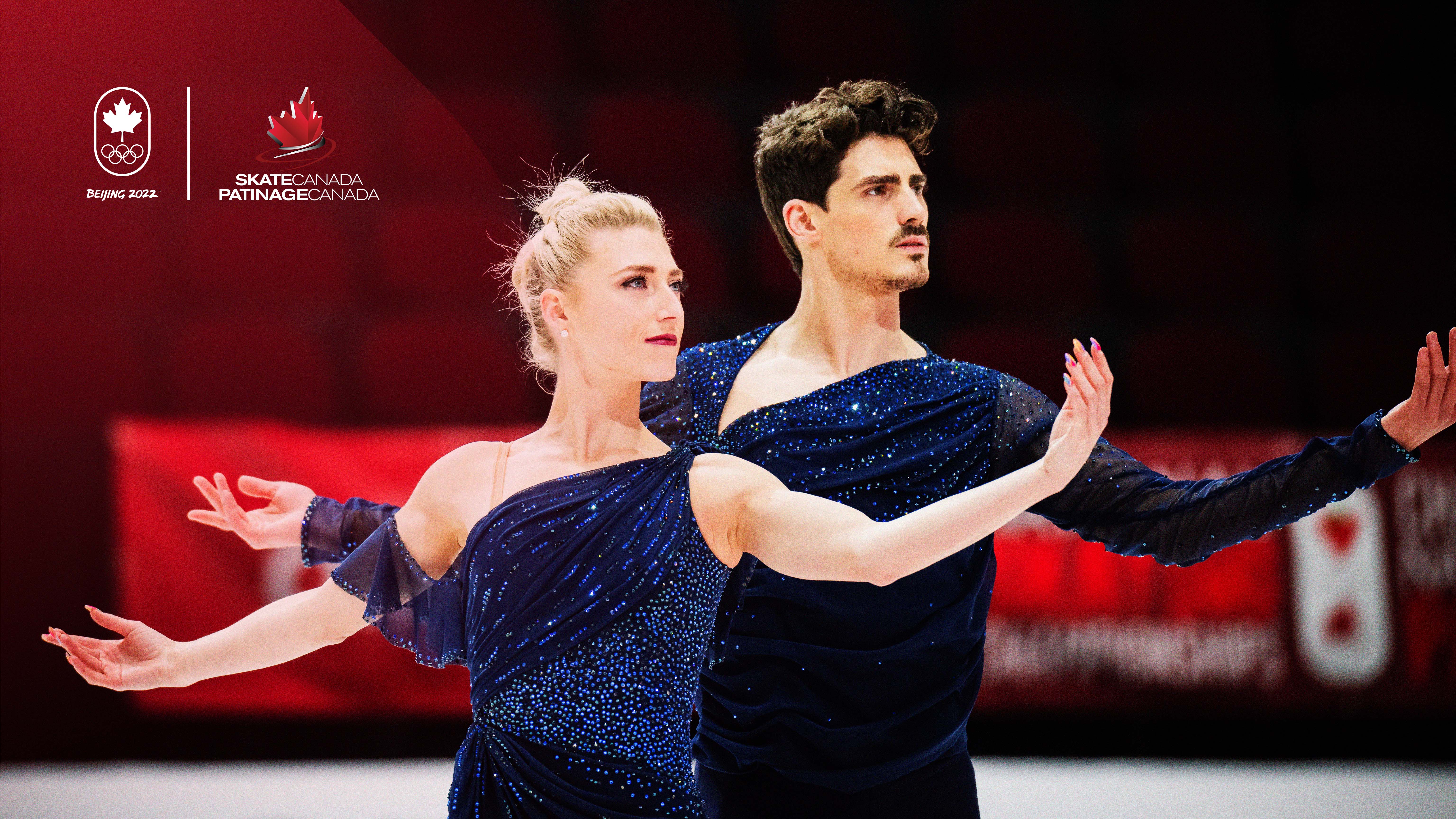 The Canadian team will have a mix of veteran competitors and emerging talent forming its dozen figure skaters for Beijing 2022.

The group consists of three ice dance couples, two participants each in pairs and men’s singles, and one competitor in women’s singles. The team was announced after the conclusion of the 2022 Canadian Tire National Skating Championships, but international performances and results from the past two seasons were also heavily considered during the team selection process.

Leading the way will be reigning world bronze medalists in ice dancing, Piper Gilles and Paul Poirier. Partners since 2011, they achieved their breakthrough in their eighth participation in the world championships. It was a great display of their resilience as they reached the world podium in their first live competition in 13 months. This fall they won gold at Skate Canada International and silver at the Rostelecom Cup to advance to the Grand Prix Final, which was unfortunately canceled due to the most recent wave of the COVID-19 pandemic. . They head to Beijing after winning their second national title.

“For us, it’s really a moment of honor,” said Poirier. “We had the pleasure of representing Canada at the last Winter Olympics, so qualifying for another Olympics is really something special. We’re aiming for the podium, so we’re excited to bring our best skating to the Olympics.

“We are extremely proud to represent Canada at the Olympic Games. To be on the world stage and sharing the joy of the sport that we and so many others love so much, is simply an absolute honour,” added Gilles.

Gilles and Poirier will be joined in the ice dance event by Laurence Fournier Beaudry and Nikolaj Soerensen as well as Marjorie Lajoie and Zachary Lagha.

Fournier Beaudry and Soerensen finished eighth at the 2021 World Championships and won two Grand Prix bronze medals this fall. They will make their Olympic debut in Beijing after deciding in 2018 to represent Canada. They had previously competed for Soerensen’s home country of Denmark, but Fournier Beaudry’s lack of Danish citizenship prevented them from competing at PyeongChang 2018. They have trained in Montreal since forming their partnership in 2012 and Soerensen obtained Canadian citizenship last summer.

Lajoie and Lagha continue to progress since winning the junior world title in 2019. They competed in their first senior world championships in 2021.

Moore-Towers and Marinaro are heading to their second Olympics as a couple. After struggling throughout the fall Grand Prix season, they delivered what they were capable of at the most important moment to win their third consecutive national title. Moore-Towers and Marinaro had achieved a career-high sixth place finish at the 2021 World Championships. Moore-Towers helped Canada win team silver at Sochi 2014 with former partner, Dylan Moscovitch.

James and Radford made headlines in April 2021 when they announced they would be coming out of retirement to form a new partnership with the aim of competing at Beijing 2022. Both had enjoyed success in their past partnerships, which for Radford included a team gold and pairs bronze at PyeongChang 2018 with Meagan Duhamel. In their first season together, James and Radford finished fourth in their two Grand Prix events this fall.

Representing Canada in men’s singles will be Keegan Messing and Roman Sadovsky, who won gold and silver respectively at the 2022 Canadian Championships.

Messing made his Olympic debut at PyeongChang 2018. He went to the 2021 World Championships under pressure to be Canada’s only man and posted a career-high sixth-place finish, which surely gave Canada an Olympic place and the possibility of qualifying a second man.

The man selected to secure that second place was Sadovsky, who got the necessary result at the Nebelhorn Trophy in September. Sadovsky was the national champion in 2020, reaching the top step of the podium on his seventh trip to the Canadian championships. He made his senior national debut at the age of 14 in 2014.

The only Canadian to compete in women’s singles will be Madeline Schizas, who just won her first national title. She will turn 19 the day before her participation in the women’s short program in Beijing. Schizas impressed on his world championship debut in 2021, placing ninth in the short program and 13th overall. She attended her first Grands Prix this fall and finished sixth in a tough field at the Rostelecom Cup in Russia.

“Going to the Winter Olympics is such a dream,” said Schizas, who will be making his Olympic debut. “I watched the 2010 Games in Vancouver, I watched Joannie Rochette there, and since then it’s been a dream of mine and I’m so happy that I was able to fulfill my appointment to the team.

Canada is one of 10 countries that have qualified to compete in the team event, in which a men’s, women’s, pair and ice dance pair are entered, although there may be differences. substitutions in up to two of these disciplines between short programs and free skates.

Canada has won 29 all-time medals in Olympic figure skating competitions. Four of them were won at PyeongChang 2018, capping off an incredible decade often referred to as the country’s golden age of figure skating.